As nationwide protests against police violence and racial inequality continue in the U.S., K-pop fans, famous for their social media savvy, are using their collective power to rally around the Black Lives Matter movement.

K-pop stands for Korean popular music. So far, fans have crashed police department apps and co-opted hashtags. This highlights the subversive tools that have become part of the K-pop standom – which refers to the obsessive, dedicated, diehard fandom – resistance.

When K-pop stars BTS and their company, Big Hit, donated US$1 million to Black Lives Matter, BTS fans mobilized in a #MatchAMillion campaign. They successfully reached their fundraising target in 24 hours.

Big Hit was an outlier. While K-pop fans have received media attention for their support in the Black Lives Matter movement, the industry has largely remained quiet about what has become a global flashpoint. The silence from most of the K-pop industry stands out even more against the unprecedented number of businesses standing with the anti-racism movement as a corporate strategy.

I’m a scholar of popular culture, and my research on K-pop shows how the K-pop industry’s conventional practice of shying away from political issues is currently being challenged by the more politically vocal and engaged fans at the moment of Black Lives Matter. 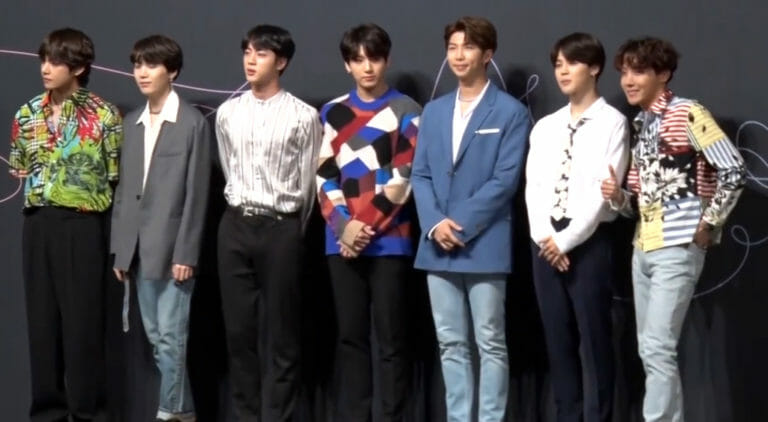 BTS at a press conference for their 2018 LP Love Yourself: Tear on 24 May 2018. Wikipedia Commons

K-pop band BTS and their company, Big Hit, have donated money to Black Lives Matter. Most bands and companies in the industry have not made any sort of statements.

A history of silence

K-pop is generally understood as a particular style of music produced, distributed and consumed within the idol training and management system.

Under this system, Korean entertainment companies tightly control the images of the young K-pop stars and groom them to become “multi-entertainers” who can make various media appearances and potentially land numerous lucrative endorsement deals and partnerships with brands.

This goal requires K-pop stars to have a broad commercial appeal, secured through their exuberance and exhibition of values that the Korean public approve, such as humility, hard work, discipline and obedience.

The K-pop industry has a long history of staying out of political and social issues. Entertainment companies fear that getting mired in politics will hurt business.

Even when millions of Koreans peacefully took to the streets for 20 consecutive weekends to demand the impeachment of ex-President Park Geun-hye for her role in the government corruption, the K-pop industry and its stars stayed mum.

K-pop’s transnational popularity, especially in East Asia, a region that has complex geopolitics and tensions from unresolved historical conflicts, is another reason the industry stays apolitical.

Even when K-pop stars avoid expressing their political views, geopolitical feuds between different countries in the East Asian region can lead to disastrous financial consequences.

The world saw the result of this in the aftermath of the the U.S. missile defense system’s deployment on the Korean soil. Worried that the sophisticated radar systems included in the system can track China’s own missiles, the Chinese government issued a stern warning that the deployment of THAAD will lead to a disastrous relationship between two countries.

When the Korean government failed to heed to that demand, China banned Korean entertainment and entertainers, leading many Korean companies to see their share prices to dip more than 15% within a month of those retaliatory actions.

K-pop in the states

With K-pop’s growth into a $5 billion global industry, Korean entertainment companies’ collective silence on Black Lives Matter seems to be less of a viable option when issues of racism and social inequality matter greatly to the American fans whose passion and effective fan labor have been at the center of that global growth.

K-pop’s global success being indebted to Black music and fandom is another important factor to why the K-pop industry cannot ignore the social justice movements that are happening in the U.S. 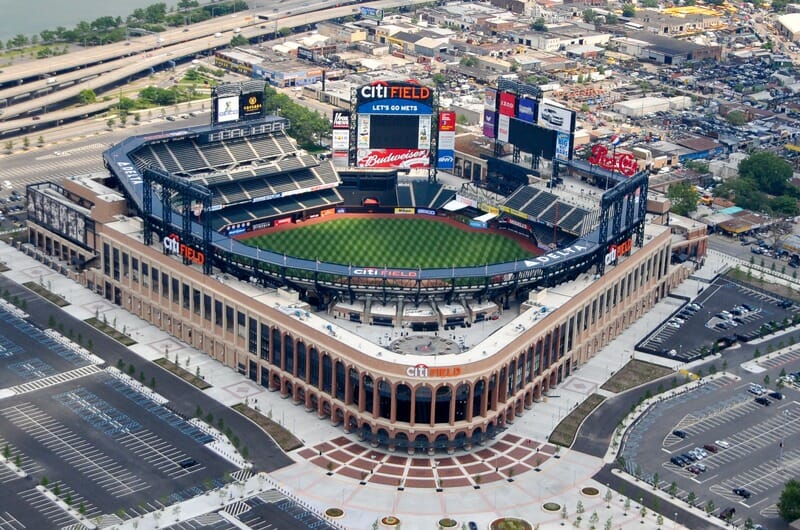 K-pop’s influence from Black music such as hip hop, rap and R&B is a huge factor in K-pop’s transnational appeal. Lee Soo Man, the founder of SM Entertainment, has acknowledged the connection, saying that K-pop is “based on Black music.”

The founders of JYP, YG and Big Hit Entertainment have all publicly stated their influence from Black artists. The K-pop industry continues to draw inspiration from Black music by hiring Black American lyricists and producers to provide R&B style music.

K-pop’s breakthrough in the U.S. is largely attributed to its transnational fandom base, with Black fans contributing significantly to transform K-pop from a niche genre to a global phenomenon.

In fact, K-pop’s success in the U.S. was possible not because of a white, mainstream audience, but because a small, passionate group of K-pop fans – many from communities of color – discovered K-pop as they sought alternatives to the mainstream popular culture that continues to privilege white representation as the norm.

K-pop as a political tool

These fans are not political wallflowers.

American K-pop fans have held American journalists and mainstream media accountable when those journalists and outlets used racist stereotypes to cover K-pop. They have called out a white, Western record executive who expressed his desire to whitewash K-pop by creating a K-pop group without Koreans.

They have also challenged the racist and xenophobic actions of MTV when it created a separate category for K-pop artists called “Best K-pop” while excluding them from the main awards such as “Best Pop” or “Artist of the Year” for Video Music Awards.

For these American fans, K-pop has become a tool for social justice. 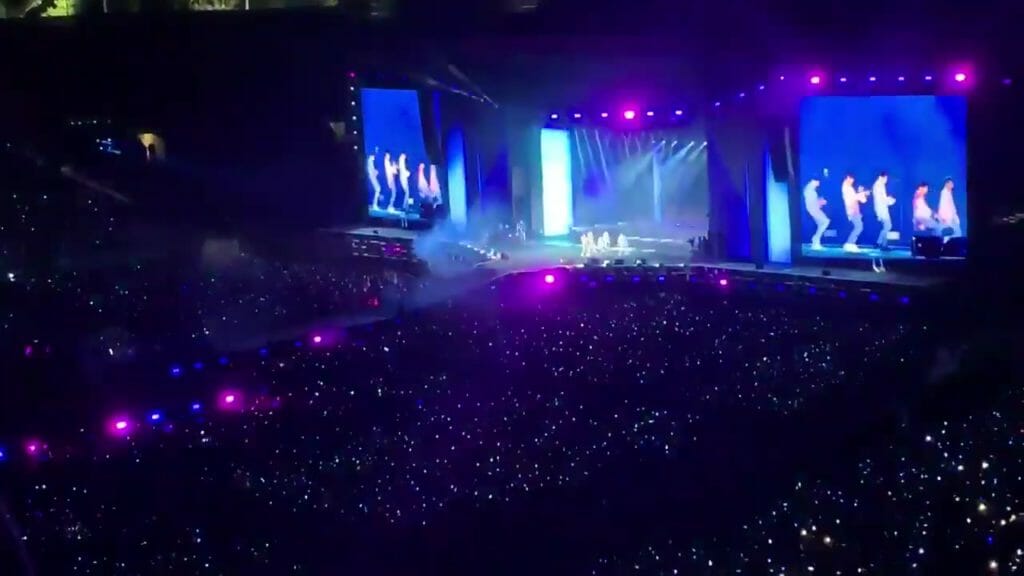 However, fans are also looking at this tool in the context of the K-pop industry’s – and the fandom’s – anti-Black racist practices as K-pop is being celebrated as a popular weapon for activism.

K-pop idols have a history of wearing cornrows, braids or dreads, performing in Blackface or making jokes about Black people.

Considering that K-pop is a product of systematic planning and controlled management, these anti-Black performances were done with the approval of the Korean entertainment companies. As K-pop fans in America and around the world are protesting for social justice and racial equality, they are also using the moment to reflect on K-pop’s practices of racism and cultural appropriation.

The current moment is one of reckoning for the K-pop industry, where the narrow nationalism of its apoliticism appears at great odds with its American K-pop fans’ demand for political and social change.
K-pop fans in the U.S. have been urging industry professionals to speak out.

A significant number of K-pop stars have already publicly stated their support for the Black Lives Matter movement.

Korean entertainment companies that generally encourage their stars to refrain from political expressions as part of their management strategy have not stopped them from doing so.

In fact, on June 19, 2020, SM Entertainment, Korea’s biggest entertainment company, released an official statement on the Black Lives Matter movement. It took more than three weeks since the protests after the death of George Floyd and much prodding from American fans who have called out the company to speak out with #SMBLACKOUT movement for the company to issue its support.

However, this shows how the socially conscious and politically outspoken American fans can nudge the K-pop industry to become more political, especially as K-pop aims to stay global.