The Royalists Marketplace: The Supply and Demand for Dissent in Thailand

The Royalists Marketplace elevates political criticism, bringing it from underground to a screen, from gossip and rumour to open debate.

Thailand’s small and medium businesses are struggling under the coronavirus. To ease the economic suffering, alumni of the two leading Thai universities, Thammasat and Chulalongkorn, set up respective Facebook groups to serve as marketplaces where all kinds of products could be sold and purchased online. Shortly afterwards, another marketplace was created, called Red Buffaloes or Kwai Daeng, as a place for red shirts to do business online. The Kwai Daeng Marketplace quickly evolved into a political venue where heated discussions on Thai politics take place over real business deals.

A week ago, I set up another Facebook group, the Royalists Marketplace, as a platform for discussion on all things monarchy. Content is mixed, ranging from business advertisements, serious discussion on the monarchy, to parody and sarcasm. It is the latter which brightens up the Royalists Marketplace. One member sold a used teak bed, using a photo of the bed on which King Ananda Mahidol was found dead in 1946. Another member offered a building dismantling service, referring to the dismantling of  the house of the former royal concubine, Sineenat Wongvajirapakdi, after her falling from grace. I myself offered a haircut service for dogs, using the photo of the royal pooch, Fou Fou, as a model.

The result has been astonishing. As of 4 May, we have over 85,000 members, surpassing the Kwai Daeng Marketplace. 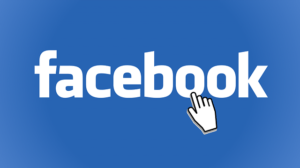 VISIT: The Royalists Marketplace, a platform for discussion on all things monarchy.

When it comes to more serious discussion, members unpick a variety of issues submerged deep at the core of the institution: the future succession, the power of the Crown Property Bureau, the declining reverence of the institution, the increasingly absolutist nature of the monarchy. Ideas are debated such as constitutional monarchy versus republicanism, and Buddhism and kingship. Current affairs discussed include the role of the monarchy in the COVID-19 crisis.

Online critical commentary aimed at the Thai monarchy is not new. The Royalists Marketplace may seem similar to the old web-board of Samesky, or Fahdiewkan. But we are seeing debate on a grander scale at the Royalists Marketplace. Citizens appear more willing to openly engage in topics normally prohibited under the draconian lèse-majesté law. Some members may use false profiles as they criticise the monarchy. But the majority are using real names and profiles even if they reside in Thailand. How has this come about?

Most members are Thai youths who are well versed in social media and tech-savvy. In the past year, many took to Twitter to vent anger at the monarchy on issues like the royal motorcade obstructing traffic and royal privileges which saw to the closure of public places for exclusive royal entertainment. Last month, the hashtag #มีกษัตริย์ไว้ทำไม or #WhyDoWeNeedKing remained a trending hashtag in Thailand for days, retweeted more than 1 million times. The participation of youths in the Royalists Marketplace also echoes frustration with King Vajiralongkorn’s indifferent attitude toward coronavirus, exemplified by his staying abroad throughout the crisis barring a short visit for Chakri Day.

For Thai youths in their teens and early twenties, their recollection of the greatness and reverence of the late Bhumibol in his heyday is scant. By the time King Bhumibol was hospitalised in 2009, they had escaped the peak of state propaganda programmes. Today, state propaganda is hitting a dead-end and defaults to propagandising the glorious old days of Bhumibol. Convincing youths to love Vajiralongkorn is a hard sell when he is rarely in Thailand. The rare trait of charisma is non-transferable it seems.

Since 2017, the Thai state has ceased using the lèse-majesté law to punish disloyal citizens. Sulak Sivaraksa, the self-professed royalist academic, has argued that the law tarnished the reputation of the monarchy and affected the stability of the throne. The non-usage of lèse-majesté was meant to present a new image of the King. Although criticising the monarchy is still a crime, this is now dealt with by the Computer Crimes Act. Though the Computer Crimes Act is still draconian, it seems that the disappearance of lèse-majesté cases has widened the room for criticism.

Social media boosts the curiosity and critical minds of Thai youths. During my childhood, few alternative channels existed to challenge state propaganda. Social media now serves to erode the state’s domination of information. The rising curiosity of Thai youths motivates them to explore and stir taboos. The Royalists Marketplace elevates political criticism, bringing it from underground to a screen, from gossip and rumour to open debate.