As members of the Managing Board of FORSEA, Southeast Asian democrats and rights campaigners, we are committed to making our region just, fair, democratic and ecologically conscious.

“In the application of peoples’ sovereignty, the FORSEA Board Members believe in democracy, either as representative or participatory form of government as the best vehicle for fair and equitable exercise of power among peoples.” — From the Peoples’ Charter for Southeast Asia, 2018

FORSEA – or Forces of Renewal for Southeast Asia – We are Southeast Asian democrats and rights campaigners committed to making our region fair, just and democratic.

As members of the Managing Board of FORSEA, we are committed to pursuing, through our educational initiatives, the advancement of human welfare, the protection of vulnerable national minorities, the propagation of fundamental human rights, labour rights, gender equality, the fostering of harmony between faith-based communities, the spread of ecological consciousness, and the promotion of a democratic ethos among future generations across Southeast Asia. 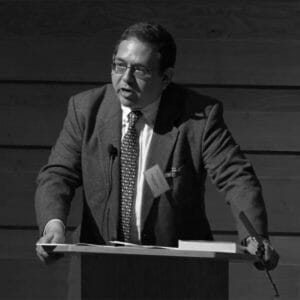 A native of Flint, Michigan, Michael Charney is a full professor at SOAS, the University of London, in the Centre for International Studies and Diplomacy (School of Interdisciplinary Studies) and the School of History, Religions, and Philosophies, where he teaches global security, strategic studies, and Asian military history. Since 1 November 2022, he has assumed the directorship of the Center of Southeast Asian Studies. He received his PhD from the University of Michigan in 1999 on the subject of the history of the emergence of religious communalism in Rakhine and has published a number of books on military history in Southeast Asia and the political and intellectual history of Myanmar. He was a postdoctoral research fellow at the Centre for Advanced Studies at the (National University of Singapore) where he researched religion and migration, was a project professor at the Institute for Advanced Studies of Asia at the University of Tokyo, and has spent most of the last two decades at SOAS, where he was elected to the Board of Trustees in 2016. He is a regular commentator in the media on events in Myanmar.

Charney has been an advocate for both meaningful democratic reforms in Myanmar as well as religious and ethnic tolerance. He has participated in a number of events and debriefing sessions since the events of August 2017 to speak on the historical presence of the Rohingya within Myanmar, the legitimacy of their ethnic claims, and the validity of claims of genocide. Charney is an outspoken critic of the use and abuse of history by authoritarian states, the Tatmadaw’s abuse of ethnic minorities, the National League for Democracy’s and former icon Aung San Suu Kyi’s failures in promoting civil liberties, and the so-called transition to Democracy in Myanmar. 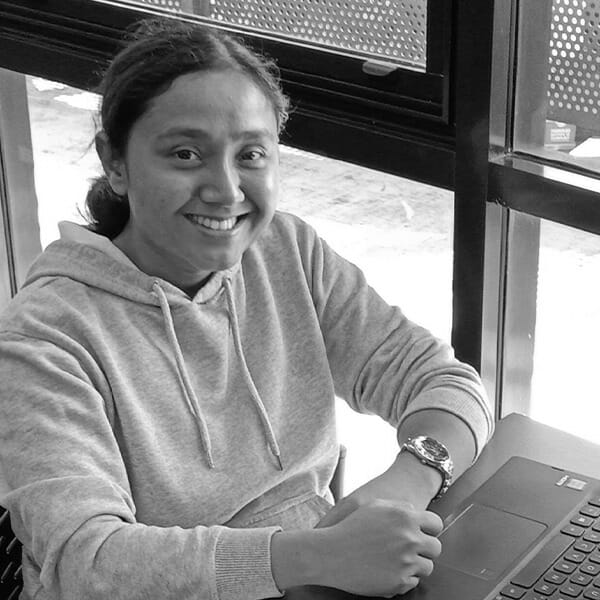 Hafsar Tameesuddin is a former Rohingya refugee from Myanmar. Hafsar has been involved in different advocacy and activism spaces on statelessness, refugee rights, asylum seekers, detention of migrants and refugees, and prevention and response to sexual and gender-based violence (SGBV)  for over a decade. She had worked with refugee communities on the prevention and response to SGBV (Sexual Gender-Based Violence) and child marriage in Malaysia for 8 years. She now works as a community development navigator at Change Makers Resettlement Forum. In her volunteer capacity, she is the chair of Asia Pacific Refugee Rights Network (APRRN), a Steering Committee Member of Asia Pacific Network of Refugees (APNOR), a member of Global Refugee-Led Network (GRN), the New Zealand Country Coordinator of Free Rohingya Coalition (FRC), and an Advisory member of UNHCR Advisory Group, interim working group member of the Global Movement of Statelessness and steering committee member of Rainbow Path New Zealand. 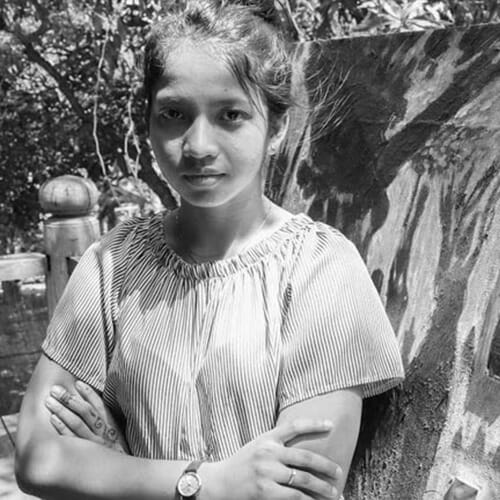 Sovicheth Meta is a translator and researcher at the Documentation Center of Cambodia (DC-Cam), which catalogues historical materials from the genocidal Khmer Rouge period from 1975 to 1979. She obtained her Bachelor of Arts degree in International Relations from the Institute of Foreign Language of the Royal University of Phnom Penh.

She first worked for DC-Cam in June 2018 as a volunteer for six months. During this time, she had the opportunity to conduct research on the Khmer Rouge regime, listen to survivors, and see primary source documents, which inspired her to seek and obtain a more permanent position at the center so she could contribute to her country’s struggle for identity in the wake of the Khmer Rouge regime and educate the next generation. In 2019, Meta translated and published a Holocaust survivor’s memoir title, Questions I Am Asked About the Holocaust into the Khmer language. As part of the Genocide Education in Cambodia, she had talked to and delivered presentation to hundreds of Cambodian high school students about the Holocaust in relation to the Khmer Rouge regime (Cambodian genocide). Meta aims to pursue a master’s degree in Genocide and Global Study. She is currently working on DC-Cam’s project of Peace and Human Rights in ASEAN. 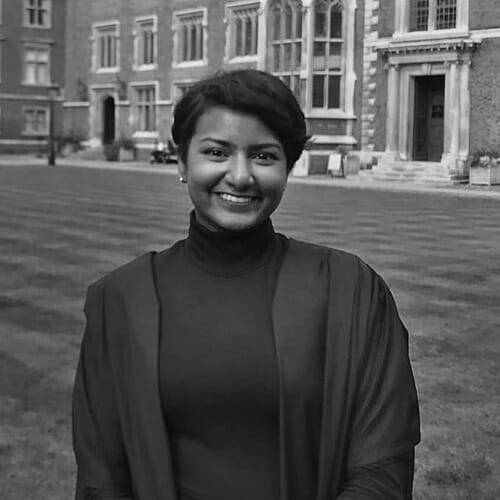 Netusha Naidu is the co-founder of Imagined Malaysia, a nonprofit education project that aims to broaden understanding of Southeast Asian – and specifically, Malaysian – history, by providing a platform to learn and critically discuss alternative historical narratives.

Imagined Malaysia has organized countless forums and dialogues, exhibitions, and published an annual journal to push historical discourse in Malaysia. Netusha hopes to participate in the effort of creating public awareness and education about the different narratives and stories that may be omitted from the official/master history. This is to not only change understanding of the nation’s history but to deepen and evolve it to have a more inclusive and rich discourse. The crucial point is to address some of the present concerns regarding historical literacy in Malaysia.

Netusha completed an undergraduate degree in International Relations in University of Nottingham Malaysia Campus. Upon graduating, her dissertation “‘Sly Civility’ and the Lazy Malay: The Discursive Economy of British Colonial Power during the Pahang Civil War, 1891-1895” will be published by Amsterdam University Press as a chapter in their forthcoming edited volume Racial Difference and the Colonial Wars of 19th Century Southeast Asia. During her studies, she was also the co-curator of Jalan Merdeka: Traversing the routes to independence, an exhibition held at the historic Carcosa Seri Negara in Kuala Lumpur.

Netusha was awarded the Tunku Abdul Rahman Fund in St Catharine’s College to pursue an MPhil in World History at the University of Cambridge. She recently completed a dissertation titled “In Search of Patani Raya: Malay Anticolonial Imaginaries at the Fringes of Empire, 1945-48”. Through research on the anticolonial right to self-determination in the borderlands of Southeast Asia, Netusha is determined to work towards fostering transnational solidarities for an international order characterized by decolonization and nondomination. 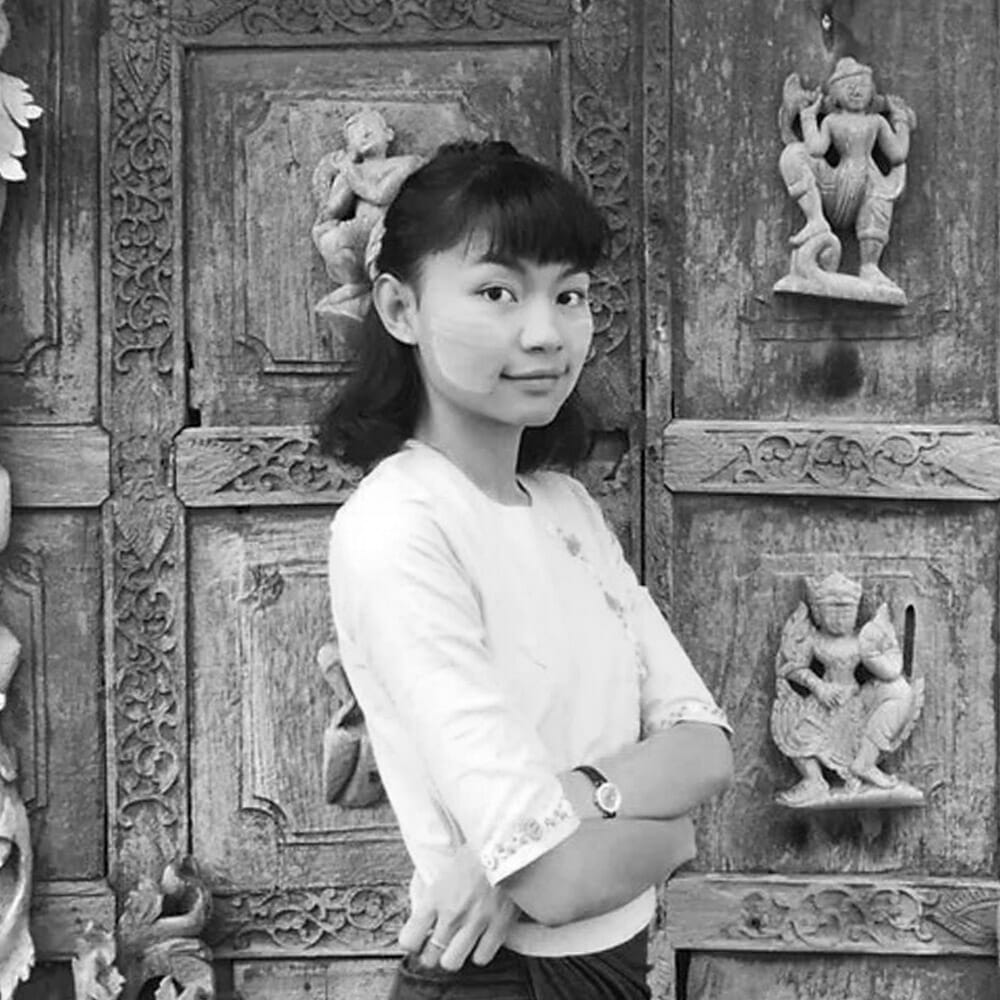 Chu May Paing is a writer, anthropologist, and decolonial-feminist in progress. Born and raised in Yangon, Myanmar and currently a migrant in the US, Chu is infatuated with the migrants’ stories of diasporic kinship, belonging, and refusal towards their newly adapted ways of life. She is interested in engaging with the concepts of temporal positionalities, intense feelings, and shifting materialities in attempting to understand what it means to be a human. Chu believes that the personal is truly the political and therefore aspires to use authoethnography as a critical reflexive tool of refusal against the white, masculine, and colonial gaze. Chu is a founder and co-director at Aruna Global South, a non-profit promoting experimental scholarship and systematically marginalized scholars and thinkers working in, on, and from the Asian Global South. When she is not questioning her own privileged upbringings as a bama Buddhist woman, she writes against whiteness and neocoloniality in academia and in Burma. Chu also writes in Burmese under the pen name Ma Chinthe (Miss Lion). 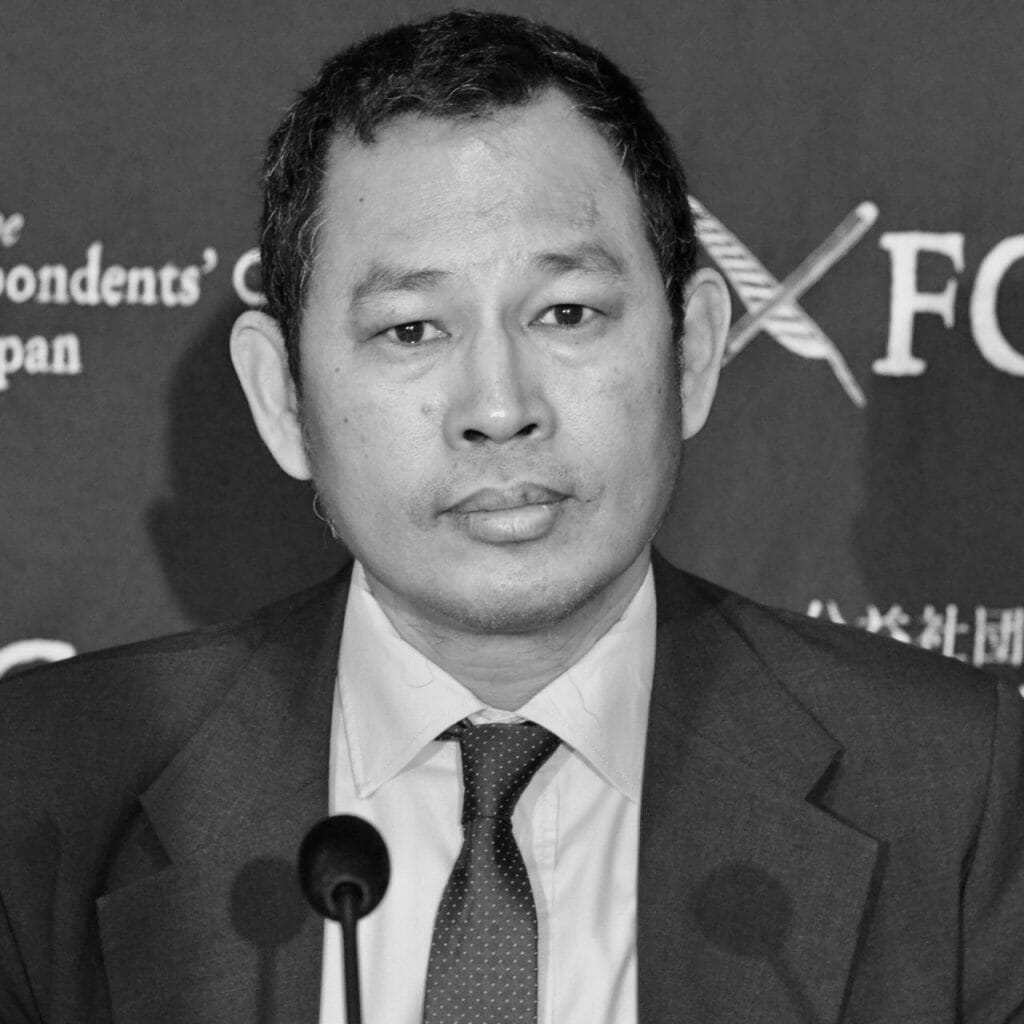 Maung Zarni (aka Zarni) is a UK-based exiled Burmese scholar and activist, co-founder and general secretary of FORSEA (www.foresea.co). Zarni learned community organising from his businessman-father and educator-mother in Mandalay, during the rule of General Ne Win in the 1970’s. He left for the United States on the eve of Burma’s 1988 nationwide uprisings. There he worked with Burmese dissidents already in exile and learned progressive politics including environmental and feminist activism from American peers.

In 1995, Zarni co-founded the Free Burma Coalition, using the Internet to build support for a worldwide consumer-boycott and divestment for the Burmese opposition led by Aung San Suu Kyi.

Based in Berkeley, Zarni also set up Institutional and Community Development Burma to enable university admissions and scholarships for political refugees studying development, conflict resolution and politics, in major universities in Britain such as the London School of Economics, as well as universities in the Philippines and South Africa.

In 2003, Zarni became disillusioned with Suu Kyi’s leadership and the West’s democracy rhetoric and began advocating strategic engagement with Burma’s military leadership. In 2004, he initiated Track II negotiations with the support of maverick US State Department officials, between the Burmese military and outside actors such as British officials, ILO, and Germany’s Green Party foundation.

Zarni studied chemistry and physics at the University of Mandalay. He has an MA in science education from the University of California and a PhD from the University of Wisconsin, (with a thesis entitled “Knowledge, Control and Power: The Politics of Education in Burma under military rule,1962-88”). He counts among his mentors the former US military interrogator of Nazi SS officers, the late Robert Lewis Koehl, and the neo-Marxist sociologist Michel W. Apple. Zarni has been a tenure-track assistant professor in the United States, and an associate professorship in Brunei. He is a non-resident Fellow with (Genocide) Documentation Center Cambodia (DC-Cam) and an adviser to Genocide Watch, USA.

He has held research, leadership and visiting fellowships, including at the Rockefeller Foundation’s Next Generation Leadership, Georgetown Leadership Seminar, Harvard, LSE, and Oxford. He has written extensively on activism, human security, racism and genocide, published in leading media outlets worldwide and academic journals, appeared on CNN, BBC, and other major networks, and debated at the Oxford Union.

His study for the University of Washington School of Law, “The Slow Burning Genocide of Myanmar’s Rohingya” (Spring, 2014), alerted the world to a genocide. In 2018, Zarni co-founded the Free Rohingya Coalition which he serves as its strategic adviser and initiated the Permanent Peoples’ Tribunal on Myanmar in 2017.

In 2015 he received a “Cultivation of Harmony” award from the Parliament of the World’s Religions, and was shortlisted in 2017 for Sweden’s Right Livelihood Award. In 2018, Bangladesh’s teacher association called Zarni “the conscience of a Buddhist Burmese society”.   Named a “Top-Five” blogger in the region by Southeast Asia Globe, Zarni blogs at www.maungzarni.net .