In the US and China, volatile stock markets, property bubbles, and unregulated shadow banking sectors could trigger the next global financial implosion. The COVID-19 pandemic offers an opportunity for reform.

The COVID-19 pandemic has illustrated how irrational the financial sector has become. Even as the real economy has ground to a halt, stock prices have gyrated wildly, first collapsing, then shooting up. Even as hundreds of millions suffer, Wall Street’s frenzied speculative activities have led to big tech corporations like Apple gaining in value and making money hand over fist.

It is as if the global financial crisis of 2008 and the ensuing recession and stagnation never happened. History explains why.

In early 2009, a newly inaugurated President Barack Obama corralled Wall Street’s most powerful CEOs into a White House dining room and chastised them for the recklessly high salaries and bonuses they paid themselves during a financial crisis they had caused.

“My administration is the only thing between you and the pitchforks,” he told them. 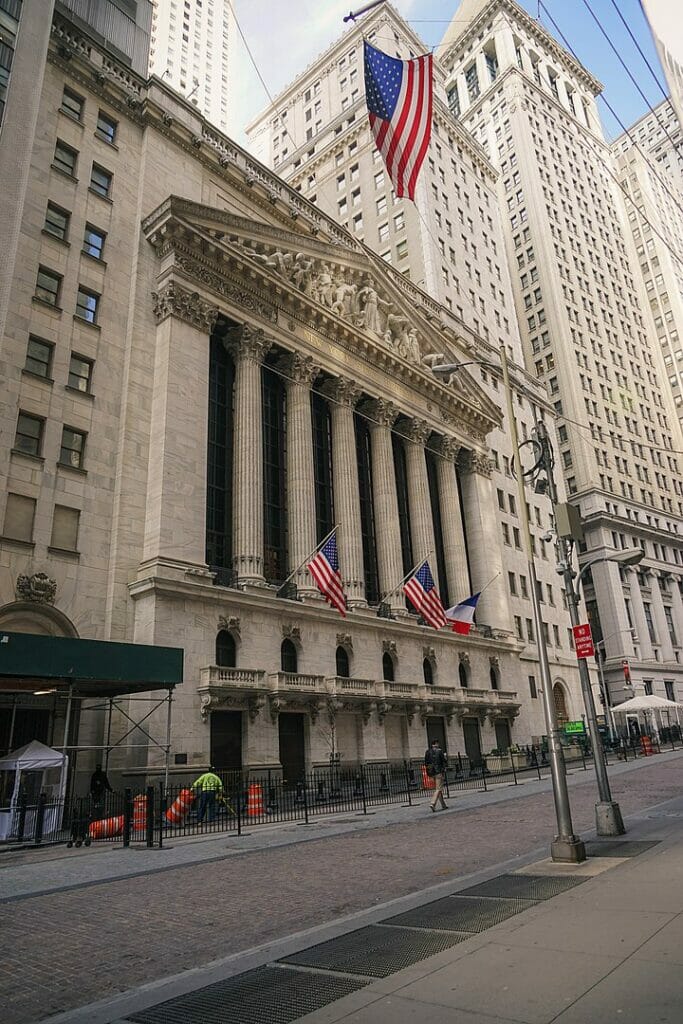 The president made grandiose commitments to restrain global finance, but a decade later, they have amounted to little. Obama’s signature legislative response to the financial crisis – the Dodd-Frank Act – has not prevented banks and shadow banks from continuing the speculative behavior that precipitated the subprime mortgage crisis, nor has it prevented President Donald Trump from watering it down even further, ensuring that the next financial collapse will be even more catastrophic.

The banks Obama’s Treasury bailed out because they were “too big to fail” are even bigger today, holding 84 percent more assets and triple the amount of cash they held in 2007. The products that triggered the 2008 crisis are still being traded, including $6.7 trillion in mortgage-backed securities. US banks collectively hold $157 trillion in derivatives – about twice the global GDP.

A group of around 20 hedge funds, private equity funds, sovereign wealth funds, and pension funds holds an estimated $100 trillion in cash and securities in tax havens for the super-rich, while global debt has ballooned to three times global GDP – a situation economists see as an invitation to disaster.

Moreover, rather than control its financial sector since the last crisis, China has followed the US’s dangerous lead and liberalized it. Now, the world’s second biggest economy has a volatile stock market, a property bubble, and an unregulated shadow banking sector – a second trigger for global financial implosion.

The root of the problem in both the US and China is that finance has become an end unto itself – a way to make money out of money – rather than a way for investors to fund production.

The COVID-19 pandemic has temporarily slowed speculative finance, offering an opportunity to enact the reforms needed to prevent another global financial crisis. Here’s how we can do it:

Shadow banking entities such as hedge funds and private equity funds rake in massive earnings but pay hardly any tax by registering themselves in tax havens such as Panama, the Cayman Islands and Liechtenstein. Despite being located offshore, their maneuvers have a significant impact onshore – in one instance, a hedge fund shorted shares in a traditional bank and forced it into a merger. According to the Panama Papers, the reason these entities are so powerful is because they have mastered the tax codes of key countries, mined them for possible loopholes, and, like the pirates of old, sailed out of their sheltered coves to exploit vulnerabilities.

Therefore, tax agencies must be staffed much more strongly, and tax loopholes must be closed, either legislatively or through clarification. Executives who allow their funds to be used as tax shelters must face tougher penalties. Finally, the movement of all capital across borders, whether between or within companies, must be taxed. This measure, known as the Tobin Tax, would lower the returns on hedge fund investments and slow down the movement of capital, bringing a measure of global financial stability.

MBSs once allowed mortgage originators to offload risk to buyers who believed their value would rise as the mortgage holders serviced them. Their popularity led banks to lower their lending criteria. By the time mortgage holders defaulted en masse, the entire financial system was infected with subprime MBSs, causing it to collapse. MBSs may be good for each mortgage originator individually, but they are obviously bad for the system as a whole.

As for mortgage-backed derivatives like collateralized debt obligations (CDOs) and credit default swaps (CDSs), these instruments have hardly any relation to the productive economy, and buyers clearly do not understand what they are, as the 2008 crisis proved. They fulfill no useful economic or social function and should therefore be banned.

Gamblers should stay in the casino instead of betting on derivatives that can inflict massive harm on society.

In 2008, the banks had insufficient funds to reimburse investors when panic took hold, necessitating taxpayer-funded bailouts. The so-called “Chicago Plan”, originally put forward by economist Irving Fisher, proposes that banks must hold liquid reserves against 100 percent of deposits. Thus, loans to the private sector would have to be made from equity or long-term debt incurred by the bank – not from short-term debt from creditors and depositors. This would enable banks to meet creditors’ and depositors’ demands for their money in the event of an economic crisis.

4. Nationalize financial institutions that are ‘too big to fail’

The US government’s response to the global financial crisis has set the stage for the next one. The weakest banks were forced to merge with the strongest ones, making the biggest banks even bigger. Dozens of banks were all but assured that since their failure would have negative consequences globally, they would not be allowed to fail. Obama’s Dodd-Frank legislation designates all banks with more than $50 billion in assets as “systemically important”, further encouraging moral hazard.

Since the law already recognizes banks with more than $50 billion in assets as a threat to society, they should automatically be nationalized to ensure that they do not burden the public should a financial crisis occur. Nationalization will have the added benefit of discouraging banks from growing so large that they put the entire economy at risk.

5. Revert back to Glass-Steagall

One of the most consequential acts of the neoliberal era was the repeal by the Clinton administration of the Depression-era Glass-Steagall Act, which had separated commercial banking from investment banking. Its repeal in 1999 led banks to gamble recklessly with the federally insured cash of bank depositors because they knew that losing on investments would have no detrimental consequences for them. Obama’s bailout proved the banks’ theory true, even after they toppled the global economy.

The Dodd-Frank Act’s Volcker Rule was supposed to deter this speculative activity but has failed, both as a result of its original weakness and the Trump administration’s efforts to roll it back. Therefore, a strict separation between commercial and investment banking, which was one of the pillars of financial stability in the mid-twentieth century, must be restored.

6. Crack down on executive greed

Scandal after scandal proves that the banking sector encourages greed and deception among its executives. The recent FinCEN Files leak shows how JPMorgan, HSBC, Standard Chartered, Deutsche Bank, and other major banks laundered more than $2 trillion of illicit cash for criminal networks, oligarchs, and terrorists. The incentives for bright people to join such a non-productive and destabilizing industry are far too high. The EU and Switzerland already have limits on executive compensation and bonuses. The rest of the world, especially the US, should follow suit in the form of bonus caps, ratio-based compensation, or maximum pay.

7. Squeeze out the credit ratings agencies

Credit ratings agencies (CRAs) helped precipitate the 2008 financial crisis. However, their strategic refusal to rate some new complex instruments made them insusceptible to charges of fraud, deception, malice, or incompetence – a clear case of regulatory capture. Although they generate little informational value, they continue to be rewarded handsomely for their ratings.

CRAs must be brought under control, both through the enforcement of existing laws and the passing of new laws to ban them from rating derivatives and other complex securities, to expose their questionable ratings methodologies, and to break up the oligopoly formed by Standard & Poor’s, Moody’s, and Fitch.

The multilateral finance institutions have failed in their missions and must be replaced. Rather than serve as the lynchpin of the global financial system and banker of last resort, the International Monetary Fund (IMF) has instead become an enforcer of depressive structural adjustment around the world. The World Bank has failed to accommodate big emerging economies as well as the less-developed countries. The G20, the Financial Stability Board (FSB), and the Basel Committee on Banking Supervision have failed to follow through on their 2008-09 promises to become Keynesian institutions promoting global financial stabilization.

A new Bretton Woods Conference should be convened to create more representative institutions to govern the global financial system and organize financing for economic development, social development, and environmental restoration. Rather than enshrine globalization, these new institutions should be decentralized and derive its development funding from taxes on the super-rich.

9. Make the central bank provide liquidity to the public instead of private banks, and make it accountable to the public

There is no reason why the money created by the central bank should be channeled through private banks. Directing money to public works programs to repair infrastructure or investing in renewable energy research would be much more constructive and socially useful ways to get money into people’s hands during a downturn.

Moreover, central banks such as the US Federal Reserve and the European Central Bank must be accountable to their legislatures, and their leaders must be elected.

Massive government spending around the world to support people during the COVID-19 lockdowns has shown that governments can serve people over profits when they have the political will. Public investment into better public health systems, more green spaces, public housing, and low-carbon energy generation and transportation are greatly needed and would revitalize the global economy in ways private finance consistently refuses to do. The state-owned Bank of North Dakota, Costa Rica’s worker-owned Banco Popular, and the thousands cooperative banks and agricultural credit societies in the Indian state of Kerala demonstrate that a “social solidarity economy” governed by the public can succeed.

Of course, even a reformed capitalist system will eventually fall prey to the classic conundrum described by Karl Marx: “All nations with a capitalist mode of production are therefore seized periodically by a feverish attempt to make money without the intervention of the process of production.” Another round of Keynesian capitalism will merely postpone the capitalist class’s demand for higher profitability and exacerbate the climate crisis.

The only long-term solution to the threat of financial disaster lies outside capitalism, in systems alternatively known as post-capitalism, social democracy, or socialism.

This article is based on Walden Bello’s study “After COVID: Can we tame global finance?”, written by Walden Bello and jointly published by Focus on the Global South and the Transnational Institute.

Jacob Goldberg is outreach coordinator at Focus on the Global South, where Walden Bello is a senior analyst.