No global justice or international accountability process will be complete without Sitagu being named as a criminal who despite his saffron robe and high honours has provided spiritual patronage to genocidal leaders of Myanmar while offering scriptural justifications for “killing millions of non-Buddhists.”


In the week following Myanmar’s Martyrs Day (19 July 1947) during which the architect of Burma’s independence from Britain and 8 other colleagues and staff were gunned down at the colonial cabinet office meeting in Rangoon, Dr Maung Zarni spoke to remind his fellow Burmese of the founders’ non-racist, secular inclusive political citizenship and national identity.

In his 20-July Facebook Live talk (full version in Burmese), the FORSEA activist condemned the toxic and violent blood-and-faith-based ethno-nationalism which the country’s military has propagated using some of their intelligence moles and proxy monks within the Sangha or Buddhist Order. 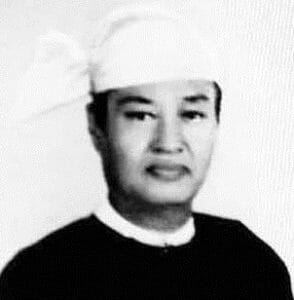 Portrait of Ne Win, a military commander who served as Prime Minister and President of Burma. Ne Win was Burma’s military dictator during the Socialist Burma period of 1962 to 1988. Wikipedia Commons

He pointed out that while Ne Win was of Chinese origin and Sitagua, of Tamil background, they promoted this poisonous idea that originated in the inter-World War period in Germany that certain – usually power-holding – “races” are indigenous and hence “host” (blue-eyed, blond-haired Germans, for instance) while others (such as German Jews) are “guests”.

As Chairman of the ruling Burma Socialist Programme Party government, General Ne Win, decreed a new Citizenship Law in 1982 which was designed to exclude, disempower, and render stateless primarily over 1 million Rohingya Muslims on their own ancestral and historical Western region of Myanmar. Ne Win introduced this Nazi-esque popular and policy discourse “host-vs-guest” communities.

In 1919, a year after Germany lost World War I, the exiled Kaiser, Wilhelm II, wrote to one of his former generals, “[the Germans were] (e)gged on and misled by the tribe of Juda whom they hated, who were guests among them! … Let no Germans forget this nor rest until these parasites have been destroyed and exterminated from the German soil!  This poisonous mushroom from the German oak-tree!”

General Ne Win is no more:  he was put under house arrest by a new generation of generals in 2002 and died the same year.  But his guest-vs-host genocidal idea remains alive and further popularized by Sitagu.

Over the last 8 years since the first two bouts of organized mass violence against Rohingyas and other Muslim communities such as Kaman Muslims in Rakhine or Arakan state broke out in June and October of 2012, Sitagu has been strident in his attempt to revive the late dictator Ne Win’s “guest-vs-host” racialized conception of political belongingness.

As a matter of fact, Sitagu has added a new layer to this guest-host exclusive citizenship framework, namely Buddhism: while Buddhism is, as a matter of fact, of N. and Eastern Indian origin (present-day Nepal and N. Indian provinces of Bihar and Odisha) – and hence a foreign import in Myanmar – Sitagu makes Buddhism the “host” religion while rendering all other non-Buddhist faith second class or “guest religions”. 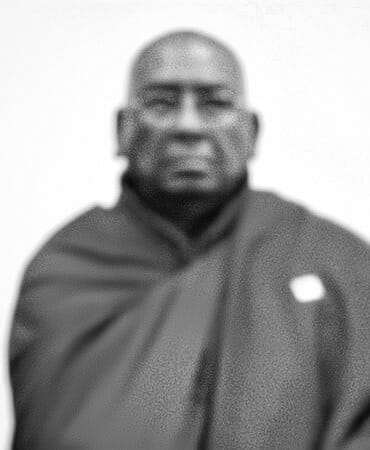 Sitagu’s religious bigotry is very much in line with the Tatmadaw’s or the Burmese military’s institutional position on faiths. Since mid-1960, the xenophobic General Ne Win had “cleansed” the Tatmadaw of non-Buddhists as a matter of un-written but enforced policy. Non-Buddhist officers in the military do not get any promotion beyond junior level posts, unless they agree to convert to Buddhism.

The world knows far more about a younger, more charismatic monk Wirathu, who has been made “the Face of Buddhist Terror” by TIME which placed his saffron-robed image with a shaven head for his street-level popular and vile attacks on Muslims.

Only over the last several years did the foreign scholars of Buddhism and Myanmar watchers have come to realize how exceedingly genocidal Sitagu Sayadaw has been.

Sitagu’s enormously influential role in offering the Burmese military generals and field commandos – many of whom go out and commit some of the gravest crimes in international law including genocide, crimes against humanity and war crimes – scriptural justification is well-documented.

“His remarks [Sitagu’s at the commando training school] had a chilling purpose: to provide a religious justification for the mass killing of non-Buddhists.”

“the fact is that one of the most renowned Buddhist monks in Myanmar has used the Mahavamsa to justify violence. Its use might provoke the Burmese Buddhist community to reflect upon how distant this nationalistic Buddhism of modern Myanmar is from the cherished ideals of that more familiar Burmese Buddhism based upon compassion and kindness. Additionally, Sitagu Sayadaw’s sermon might encourage us to question our commonly held ideas about the nature of Buddhism in Myanmar. Given his reputation, we might have expected that the Sayadaw would have renounced all forms of violence against the Rohingya. The fact that he does the opposite alerts us to a more intolerant form of Buddhism becoming popular within Myanmar.”

What is most chilling is Sitagu is patronized by both Myanmar State Counsellor Aung San Suu Kyi and the Commander in chief Senior General Min Aung Hlaing both of whom stand accused of being criminally responsible for Myanmar genocide of Rohingyas.

Besides, while Wirathu is now a fugitive in hiding – as he is wanted for his public denunciation against Myanmar State Counsellor Aung San Suu Kyi – Sitagu is still being flown around the country on military helicopters with armed escorts, including to some Myanmar war zones. And the hate demagogue remains extremely popular with the Burmese lay Buddhist public whose Islamophobic views mirror Sitagu’s. 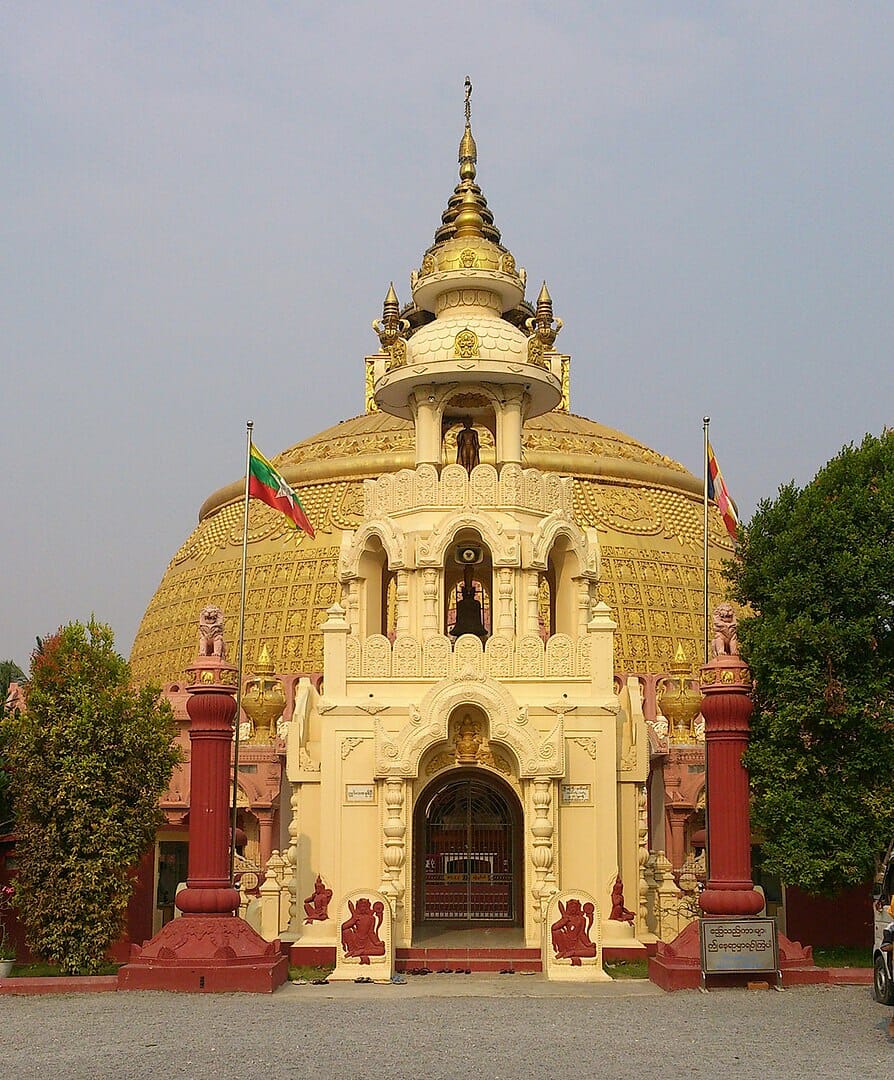 In my 10- consecutive years of research on the rise of the Burmese Buddhist strain of genocidal racism, I have stumbled on Sitagu’s involvement as the most senior and influential monk in plotting to destroy the faith-based community of Muslims throughout Myanmar, going back to early 2000’s, a decade before the violence against Rohingya hit the news headlines internationally.

In his audio-recorded address to several hundred nationalist monks in Southern most part of Mandalay, my city of birth, Wirathu was heard telling the congregation that the Muslim take-over of Buddhist Burma was happening through marrying Buddhist women as a matter of demographic strategy, that only Buddhist monks are capable of repelling such conspiratorial assault on the Buddhist society. He thundered that the mission of the Sangha (or Buddhist Order) was to “deprive all Muslims of any livelihood opportunities and eventually starve them to death, or trigger the forced Muslim exodus as a whole.” Importantly, Wirathu publicly named the High Rev. Sitagu as the patron-monk of this new monks’ nationwide network who viewed Muslims and Islam as the greatest threat to the majoritarian Buddhist society.

Subsequently, Wirathu was imprisoned by the military regime for his involvement in burning alive a well-to-do Muslim family who hid in their 3-storey brick-house, which including a pregnant family member, in a town 40 minutes drive south of Mandalay.

Not surprisingly, when Wirathu was released from prison by a general presidential amnesty it was his mentor and patron – Sitagu who came to fetch him and restore him to his monkhood in Mandalay.

No global justice or international accountability process will be complete without Sitagu being named as a criminal who despite his saffron robe and high honours has provided spiritual patronage to genocidal leaders of Myanmar while offering scriptural justifications for “killing millions of non-Buddhists.”

His name, Nyan Neik Tha Ya (or Nyaneiksara) or abbot Sitagu must be added to the list of genocidal demagogues who ought to be tried at the ICC or a future ad hoc international tribunal on Myanmar genocide.