Contagion and the Thai State

Now, more than ever, Thailand needs free-flowing credible information, vigorous popular input into the policy-making process, and grassroots organisations to implement public health directives. Human resources need to be mobilised in a national effort to stave off disaster.

Globalised contagion compels the expansion of national states. By sheer necessity, governments must monitor, surveil, and medically intervene throughout their respective societies in order to mitigate the impact of infectious diseases. In extreme cases, such regulations can, quite legitimately, be backed up by coercive force. Non-essential businesses, entertainment venues, and popular gathering places must be shuttered and monitored by law enforcement personnel. If directives are violated, fines and, on occasion, arrests should follow. Severe public health emergencies thus thicken a state’s soft and hard power. The current COVID-19 pandemic is proving to be no exception. Massive government bailouts, expanding health agencies, and strict social distancing ordinances have become the order of the day. Although this newfangled viral mutation struck the world’s wealthy countries first, it now appears to be seeping into the global south. Southeast Asia faces a potentially huge crisis. Overcrowded megacities, inadequate healthcare systems, and illiberal regimes more concerned with perpetuating themselves in power than public service do not bode well for the region. One may hope these countries might learn from the global north’s mistakes and mount more effective countermeasures. There is a critical need for rapid testing, mandatory quarantine for infected individuals, and clinical analyses of recovered patients possessing antibodies that will form the bedrock of current efforts to develop a vaccine. Southeast Asian states must adapt, expand, and repurpose themselves if they are to avoid calamity. 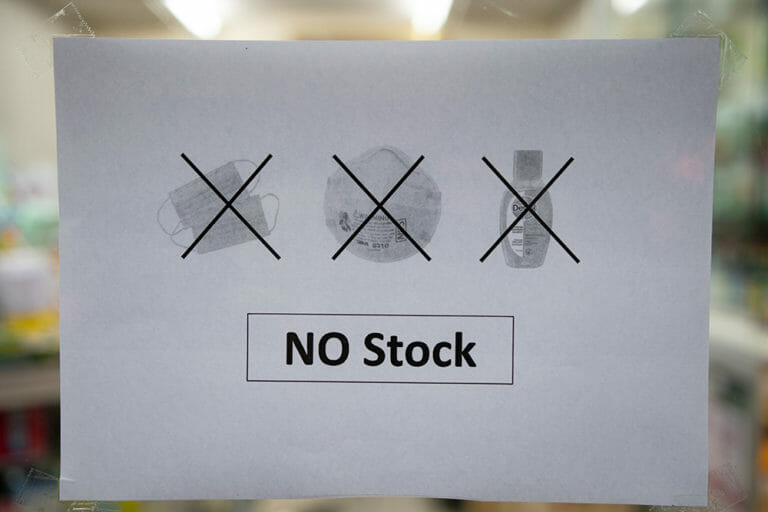 In Thailand, the royalist establishment has threatened anyone disseminating ‘false’ information related to the pandemic with up to five years in prison. It has yet to be made clear exactly what kind of information may be construed as ‘false’. Such vagaries clearly allow the Prayut regime to suppress any information that exposes its shortcomings in dealing with a spreading contagion. These new restrictions on ‘false’ COVID-19 information may well reinforce existing lese-majesty laws to further limit spaces in which critical voices speaking truth to power can cluster. Instead of using the current crisis as an opportunity to gain popular legitimacy by augmenting public health agencies committed to slowing the spread of the disease, the military is seeking out further means to tighten its grip on the Thai state. 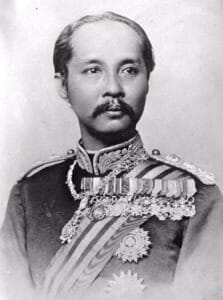 This is nothing new of course. Since the late nineteenth century, dark forces emerging from abroad have been utilised by Thai elites as a pretext to consolidate respective power groups. The Chakri family under King Chulalongkorn (1868-1910) used the threat of Franco-British imperialism as a justification for the construction of an absolutist state that removed regional barriers to manpower reserves and integrated loosely affiliated tributary polities into a more unitary system of government.1 Beneath an anti-colonial veneer, Siam’s Chakri rulers overthrew lesser kings and rival aristocratic families in order to strengthen a royalist state committed to dynastic, as opposed to inclusively national, objectives. Siam became a bounded realm over which the Chakri family had exclusive sovereignty. Imperial ambitions by western powers certainly posed a danger to Siam’s independence at several points throughout the late nineteenth and early twentieth centuries. Threats to the kingdom’s core area proved ephemeral, however. By the late 1890s, the western menace was more a bugaboo than cause for genuine concern. Provincial privileges could be abolished, greater resources extracted, and rebellious subalterns blasted apart all in the name of holding European interlopers at bay. Never mind that the Chakri elite derived a substantial amount of its wealth from creating production and marketing arrangements conducive to investments by those same Europeans.

Beginning in 1950, the military entrenched its position as the supreme institution in Thailand’s bureaucratic polity via a policy of increasingly virulent anti-communism. External subversion intent on destroying the nation, religion, and king could only be thwarted by domestic repression. Such ideological pronouncements gave military governments their reason for being as well as providing numerous opportunities for enrichment. The Thai armed forces obtained funds, weaponry, and training from the United States in exchange for rendering vital strategic services for their superpower patron.2 Bangkok dispatched soldiers to Korea, Laos, and South Vietnam. In addition, military leaders opened Thailand to American air and naval bases for the duration of the second Indochina war, something next to impossible under democratically elected governments closely monitored by a free press. Militant anti-communism made many Thai military officers extremely wealthy and the soldiers they led far more lethal but did little to expunge the communist danger. On the contrary, clumsy attempts at extirpating the radical left through brute force facilitated the expansion of armed communist bands operating across Thailand’s peripheries. Only more subtle policies geared toward reincorporating dissidents into the body politic dissipated the communist movement. 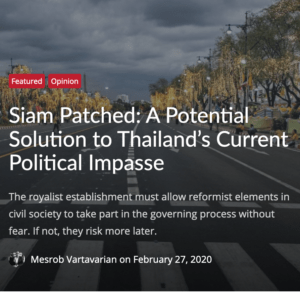 In more recent years, the Thai monarchy, in close conjunction with military commanders, has thwarted populist political movements that threaten its hold on power in the name of combating malicious demagogy. Thailand’s progressive movement resulted more from a synergistic melding of opportunistic Bangkok oligarchs and grassroots people’s movements than nefarious foreign forces.3 Nevertheless, royalist elites portray these anti-establishment challenges as beyond acceptable boundaries for true Thai subjects. Thus, governments threatening Thailand’s sacred institutions can be removed by military coups or prevented from fielding candidates in elections.

Imperialists, communists, and populists were never quite as malevolent as royalist-praetorian elites made them out to be. COVID-19 is an altogether different matter. Without appropriate responses, the human and economic toll of this growing contagion could be devastating. Now, more than ever, Thailand needs free-flowing credible information, vigorous popular input into the policy-making process, and grassroots organisations to implement public health directives. Human resources need to be mobilised in a national effort to stave off disaster. The military can make a valuable contribution here if it chooses to direct its energies away from defending its privileges and toward protecting the people. The Prayut regime simply cannot afford to see contagion as another opportunity to hound its opponents, it must view it as a common danger against which all Thais must unite.

Acknowledgments: I wish to express my thanks to Thak Chaloemtiarana, Tamara Loos, and to Katya, sometime muse and constant raconteuse.