The royalist establishment must allow reformist elements in civil society to take part in the governing process without fear. If not, they risk more later.

The sociopolitical tensions that have roiled Thailand for the past two decades show no signs of abating. Upon assuming office in 2001, populist prime minister Thaksin Shinawatra began redirecting state resources away from Bangkok-based bureaucrats and middling sectors toward agrarian and urbanizing communities located across Thailand’s peripheries. 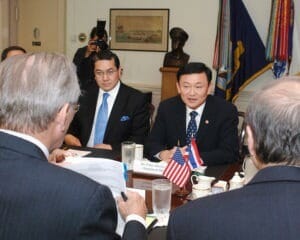 To be sure, there was nothing remotely altruistic about this patronage shift. Thaksin constructed and consolidated a political base largely composed of traditionally excluded segments in order to seize and retain high office. Atop his perch at the commanding heights of the Thai state, he rewarded kin, cronies, and business associates with profitable ventures insulated from undue competition. Accumulation without accountability remained a central aspect of politics.

Thaksin’s populism also coupled bread with bullets as an over-securitized drug war in 2003, mainly targeting social marginals, left some 2,500 people dead after several months. As is often the case, a social cleansing campaign launched to divert public attention away from high corruption did little to curb hard drug use.

Furthermore, populism did not extend to the Malay Muslim south. Policies aimed at dismantling royalist patronage networks beyond the prime minister’s control aggravated latent ethno-sectarian tensions in a partially integrated borderland, leading to widespread violence by 2004. Thaksin responded with brutal police and military repression, signalling he had no intention of loosening Thailand’s unitary state. These failings, along with expanding graft and nepotism, led to a royalist military coup that toppled the Thaksin government in 2006.

Reconfiguring Thai politics for their own: Not the people

Monarchist-praetorian elites billed this coup as a necessary step to remove a corrupt regime solely concerned with its own enrichment.1 The Shinawatra clan’s aggrandizement threatened to destabilize Thailand’s traditional bonds to nation, religion, and king. Thus, drastic action was called for. Unlike certain military interventions in the past, this coup could be considered ‘good’. And yet, far deeper forces were at play.

Although Thaksin’s corruption and manipulative demagogy are beyond dispute, traditional elites deployed military force to reconfigure Thai politics for their own, not the people’s, benefit. Five years of populist democracy laid into, and began to unravel, monarchist power networks and Bangkok-Thonburi-centric investment priorities. When Thaksin’s younger sister Yingluck formed a government in 2011 and continued her brother’s policies another coup followed in 2014. Such extraconstitutional interventions were tolerated by many middle-class Thais due to the material benefits accrued under monarchist governments and what Thongchai Winichakul has called a pervasive culture of hyper-royalism.2

Hyper-royalism constructed a sacral cult of personality around Thailand’s long-reigning King Bhumibol. This massive public relations effort was geared toward saturating sociocultural space with pro-monarchic sentiments. Bhumibol’s role in promoting democracy via his pro-people power interventions in 1973 and 1992 became the stuff of establishment legend. The fact that he did not intervene to halt state violence at Thammasat University on October 6, 1976 or during the 2010 Bangkok riots was quietly forgotten. 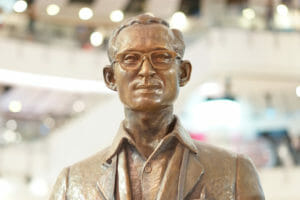 The statue of King Bhumibol is displayed at the Central World Plaza, Bangkok in Thailand, for people to remember. Image: ThxBomp / Shutterstock.com

Monarchist Thais could accept such gaps in logic due to the profound charisma of the late king. His successor, King Vajiralongkorn, lacks such qualities and has chosen instead to rely on his control of arch-monarchist elements in the armed forces to construct a neo-absolutist regime that has no interest in populism or network linkages to wider societal forces. Provincial civil society groups remain a force to be reckoned with however and middle class Bangkokians appear to have little regard for a jet-setting playboy king compulsively pursuing his own pleasures.

Nevertheless, monarchist elites still control fearsome levels of military might and can deploy judicial power to bar populist figures from running for elected office, as has been done to Future Forward Party candidates in recent weeks. Thailand’s political superstructure thus refuses to reflect and pursue the interests of a changing socio-economic base. At the same time, monarchist elites cannot decisively crush mass movements striving for a more egalitarian Thailand. The ensuing stalemate has created much anxiety and growing uncertainty regarding the nation’s political future.

The Thaksin phenomenon did not emerge in a vacuum, it was the product of long-term processual changes that continue to this day. Since the 1960s, with irreversible escalation after 1980, Thailand has undergone comprehensive socio-economic restructuring. American military and economic aid, motivated by Cold War-era containment concerns, unintentionally triggered the development of extra-bureaucratic economic elites and political actors. Counter-insurgent infrastructure in the form of roads, harbours, railways, and airfields encouraged a burgeoning service sector. Heretofore neglected provinces witnessed unprecedented economic development.

This was followed by the rise of modern communication and information technologies in the 1980s and 90s. Ambitious businessmen cashing in on these newfound opportunities did not confine their concerns to the boardroom. Many sought public office in order to protect and expand their business ventures. Thaksin, who made his fortune in telecommunications, was the most successful of these politicized tycoons. His ability to play the periphery off against the centre posed a profound challenge to established interests. This threat was removed via military force, but egalitarian populism is now embedded in Thailand’s long-deprived north and northeast. It is unlikely the state will be able to dismantle such critical masses calling for change. 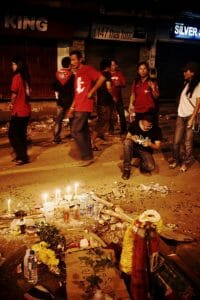 2010 Bangkok unrest Aftermath. Lit candles commemorating those who were killed on the night of 10 April 2010. Image: Wikipedia Commons

Under King Bhumibol, royalist elites dissipated certain pockets of discontent via cooptation and largess. The network monarchy that ruled Thailand in the final decades of Bhumibol’s reign finessed its refusal to relinquish substantive powers to progressive social forces by incorporating intransigent elements through patronage.3 Potentially troublesome figures could take part in politics, but they were never allowed to take control of critical positions that sustained monarchist supremacy. Non-monarchist participation in procedural democracy masked a pervasive, if somewhat diffuse, royalist network intent on preserving its privileges regardless of which party ran the government.

This system worked while the old king was alive. Yet, it has effectively ceased to function since his death in 2016. The new royalist dispensation has turned a deaf ear to calls for fundamental structural reform and appears committed to quashing any challenges to its dominant position. In doing so, it has deepened societal discontent and opened the door to more radical challenges that may very well sweep the monarchists from power in a not too distant future. It is highly unlikely however that such a sweeping transformation will be entirely peaceful. Power and privilege are, after all, worth killing for. Thailand’s royalist generals have resorted to violence in the past and, once backed into a corner, might do so again.

Royalists must relinquish something now

To avoid future strife, farsighted members of the royalist establishment must allow reformist elements in civil society to take part in the governing process without fear of extraconstitutional removal. Once established, patches of egalitarian progressivism must expand and coexist with royalist practices in the legislature and bureaucracy. This will equalize patronage flows and consolidate a more balanced form of development. Royalist interests will continue to struggle for the spoils with these progressive patches, but at least the conflict will be largely confined to a rule-bound legislative process. If the royalists do not relinquish something now, they risk losing far more later. One can only hope that cooler heads will eventually prevail and patch up Siam’s seething divisions.

Acknowledgements: My heartful thanks to Ajahn Thak Chaloemtiarana for making it so easy to have in an interest in matters Thai. 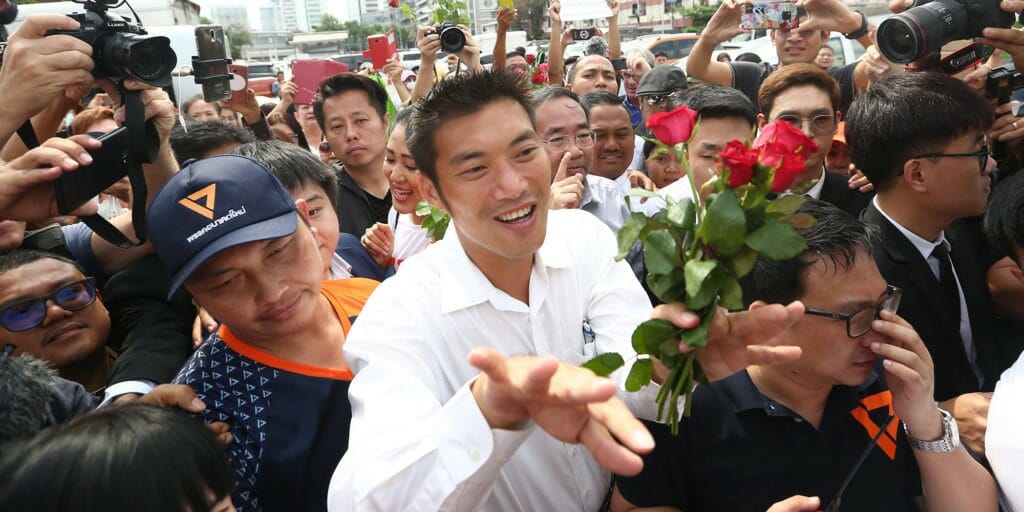 Read: FORSEA Condemns the Dissolution of the Future Forward Party: A Setback for Thai Democracy