NextMyanmar’s Double Contagion: the Covid-19 and the Viral Discourse of Islamophobia
FeaturedOpinion

If one day Thai society decides to prosecute a junta for their crime against the state, the set of people to stand trial, as partners to that crime, will need to include more individuals than the coup-makers.

In Thailand, courts have time and time again ruled that orders given by military juntas were laws, and thus could be legitimately enforced. The Supreme Court’s ruling for case 1662/2505 is a typical example:

The argument in this ruling alludes to John Austin’s command theory of law, according to which a law is a command by the sovereign. The ruling seems to recognise the coup-makers as sovereign, and seems to invoke the principle that the sovereign’s commands are laws.

Some scholars have doubted whether the courts were really motivated by a genuine belief in Austin’s theory. Worachet Pakirat hypothesises that the judges could well have been motivated by sympathy with the coups, or by sheer indifference towards them, or by practical concerns, such as a concern to minimise conflict between the judiciary and the junta.1

Critics of the court rulings have so far skipped this question, opting instead for rejecting Austin’s theory. That is a perfectly respectable position to take. For Austin’s theory has faced serious criticisms, and few legal philosophers today still subscribe to it. But in this essay, I’d like to show that even if Austin’s theory were to be true, the courts’ rulings are not supported by it.

In what follows, I argue that Austin’s theory does not justify the court rulings. To suppose that it does would be to abuse the theory. I’ll also point, at the end, to an important implication of this conclusion. 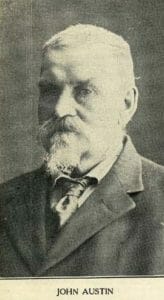 Austin’s command theory of law has two main parts. The first part is its legal positivism – the view that whether something is a law depends on what its source is, and not on whether it is morally right or just. Only sociological facts about how the rule came about determine whether it is a law. No moral fact plays any role in the determination. So, on Austin’s theory, a rule may count as a law even if it is morally wrong or unjust. Since a law need not be morally right or just, the fact that something is a law, by itself, says nothing about whether anyone has a moral obligation to obey it.

The second part of Austin’s theory is a substantive account of the kind of source that a rule must have, for it to count as a law. On Austin’s account, a rule counts as a law only if it is a command by the sovereign. It has to be a command, as opposed to a mere request or recommendation, because compliance with a law, unlike compliance with a request or recommendation, is compulsory. It also has to be given by the sovereign, because laws, unlike family rules or gang rules, apply to people in society at large and trump all other rules, and therefore have to be issued by someone who can enforce his commands on all others. The sovereign is, by definition, the only one who can do this.

An abuse of the theory

Critics of the court rulings have so far complained that the courts failed to adopt a democratic conception of the sovereign.2 According to the critics, the courts should have taken the view that the sovereign, in democratic society, is the people, and not anyone who happened to wield power at a given time.

This view may or may not be plausible in its own right, but it is certainly not Austin’s view. Austin defines the sovereign as one who wields actual power, rather one who wields legitimate power. What I’d like to show here is that even on Austin’s own conception of the sovereign, the court rulings are ungrounded.

On Austin’s own conception, the sovereign is one who has actual power to force people to conform to his commands, and who is not himself subject to such power wielded by anyone else.3  As George Cornewall Lewis writes of Austin’s conception of the sovereign, “if a sovereign has not power to enforce his commands … he is not sovereign”.4

Moreover, the sovereign, for Austin, need not be a single person, nor a single group of persons. When asked who the British sovereign was, Austin answered that it was the combination of the King, the House of Lords, and all of those who elected the House of Commons. His answer reflects the fact that, in a sophisticated political system, no single person or single group wields total power to enforce his/its commands in the population. In such a political system, the sovereign is whatever abstract entity (such as a combination of social institutions and groups) that wields a power to enforce its commands on the population. 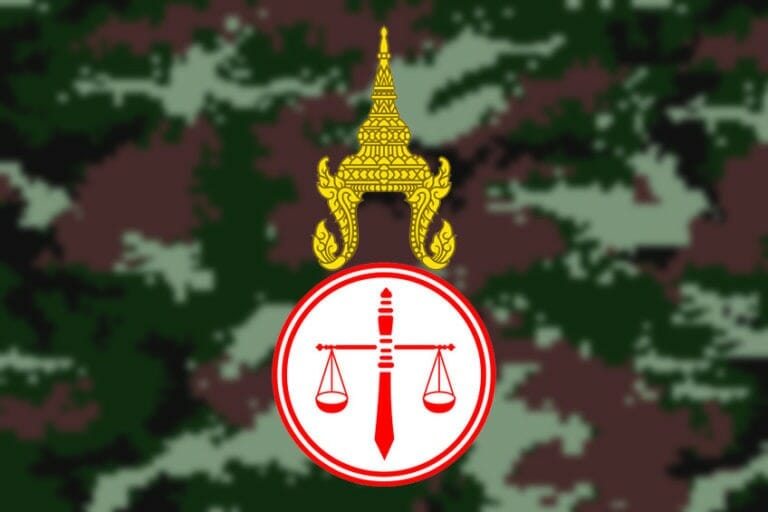 A partner to the crime?

This means that, if any sovereign existed after the ruling, it was not a sovereign that had already existed before the ruling. Rather it was a new sovereign formed as a result of the ruling. In that case, what the courts did was not to recognise an already-existing sovereign as sovereign, but rather to co-act with the coup-makers in forming a new one.

This suggests a new picture of the court’s role. Rather than being an independent observer of the act of replacing an old sovereign with a new one, the courts, by recognising the coup-makers’ commands as laws and enforcing them, became a partner to the act. Now, if the act of trying to form a new sovereign in place of the old one is a crime, then the courts were, in a full sense, a partner to the crime.

This has an important implication for the future. If one day the Thai society decides to prosecute a junta for their crime against the state, the set of people to stand trial, as partners to that crime, will need to include more individuals than the coup-makers. In particular, it will need to include members of the courts who were co-actors in the act of forming a new sovereign.

Prach Panchakunathorn is a PhD student at the Department of Philosophy, Stanford University, USA.