This closing up of genuine intellectual counter-spaces marks the critical moment when universities go from saying this is what the state wishes to teach you, to this is what the state limits your understanding to be. And they cancel the contracts for books, reject inviting talks by scholars, and ignore work that shows a different way to view one or another of the societies in the region.

I first wrote a version of the present article and presented it on 8 January 2021 as part of FORSEA’s “Suppression of Academic Freedoms by ASEAN universities” Webinar. This webinar was held in response to the rejection by a Southeast Asian university press based in Singapore of a book by a Thai academic critical of Thailand. The problem was not a university press per se NOT publishing one academic’s book, this happens to academics all the time — books are constantly rejected on the basis of peer review, incompatibility with the mission of the press and so on. An abandonment after selection and contract would seem to indicate that a university press responded to undisclosed “stakeholder” concerns. This seemed to fit a pattern that has overtaken the evolution of universities across Asia. Since that time, the military has retaken power in Myanmar, challenges to Democracy have emerged in Malaysia, and other countries in the region are embarking on tighter controls over society to respond to a new wave of the Covid epidemic. Tough times historically make for tougher states less concerned with civil rights and political freedoms, but has the worsening environment created new issues or made existing problems worse? Professionally, I advocate the role of historians in trying to explain the background of contemporary problems and that policies could be better informed if they are made with an understanding of the history behind them, and this is what I will try to encourage briefly here.

Across the long history – and I look beyond the first university at Bologna to early proto-universities at Nalanda and Gundishapur as well, so thousands of years – universities were actually given to parochialism, the teaching of religion, the education of noble sons to do and think exactly as their fathers had done and their peers would do.1 The traditional university was a place where thinking was not freed to be challenging and creative, to test the boundaries of what we know and to raise questions about why things are the way they are. Instead, it was structured according to what I call state-think. I am here applying James Scott’s concept of state space to the patterns of thinking in a way that made thinking easy to conform to the state, to run the state, to lead the state. 2 I am using state-think here not to refer to ideology or political support for the state per se but the introduction or reinforcement of structures of thought that do limit thinking to certain avenues and blind the mind to alternative routes, drawing the intellectual inextricably into a particular intellectual framework in which the state’s ideas can make sense, ensuring that while the university product may support many different political choices in later life, alternatives that would fundamentally change the political order, do not even show up on the university graduate’s intellectual register.

The unspoken part of this process was learning how to control, suppress, and exploit the vast majority of the population. Colonial authorities knew this when they introduced colonial universities in the decades up to and just after World War I. These were to teach the colonial mother tongue, European ideas and values, and both obedience and the figurative whip through the provision of certain kinds of knowledge and behaviour. Select Southeast Asian youth of means and merit, would walk in elite children and walk out colonial bureaucrats, military officers, and intermediary elites. They saw or were meant to see the world as sharply defined, hierarchically stacked ethnic minorities, right and wrong moral sexual behaviour, the legitimacy of the huge global and racial disparities in wealth and just why Southeast Asians on the whole deserved to be servants and peasants, and why the indigenous mode of thought was inherently inferior to the western mode of thought. 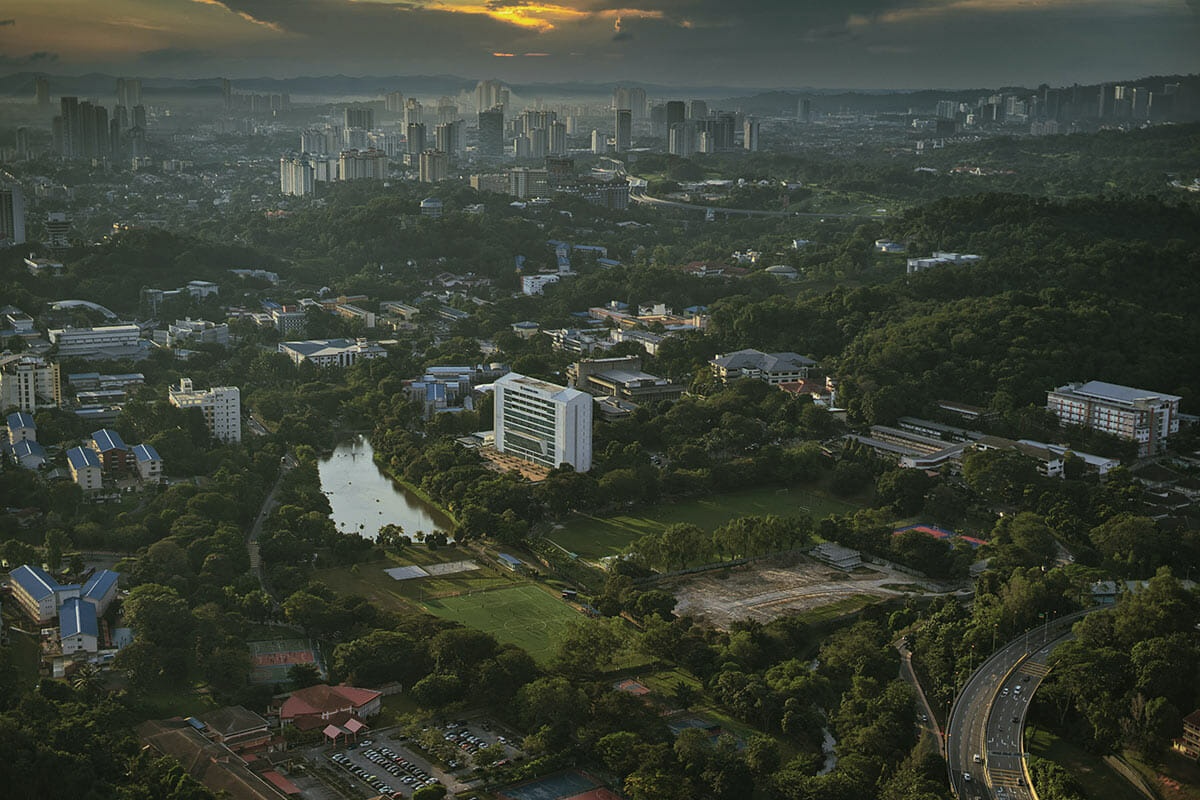 But the 1920s and 1930s were when that beautiful moment happened, when Southeast Asians found in their education all the things the colonial state did not wish them to see, learned about revolutionary ideology, why the global disparity in wealth was a result of slavery and exploitation, and why their own modes of thought were not inferior. Universities in Southeast Asia continued to train the governing and commercial elites, but they also produced the revolutionaries and thinkers who would effectively lead their countries to victory in Burma, in Vietnam, Indonesia, and against absolute kingship in Thailand in 1932.

1. Universities were founded and designed in the colonial era for state-think

First, universities in many former colonies have been designed to be places for state-think. Such universities were usually founded by colonial states or post-independence states, not to encourage free and critical thought, but to service the state and populate a gentleman’s club of bureaucrats, officers, and business leaders in Southeast Asia, as much as they were in Africa3 and India.

The primary mission of these universities remains for them to be centres not of the development of critical thinking but merely places to teach their students what to think rather than how to think, to reinforce an imaginary in which certain political and economic elites are dominant as the only possible and acceptable world in which to live, and to supress any deviation from conformity. Early critics argued that many of the key concepts championed by universities in the West, such as academic freedom, were merely paid lip service to by postcolonial university leaders without fully understanding what these concepts contained.4 Rather, I believe both the colonial founders and postcolonial leaders understood these concepts clearly but did not implement them fully, or contained them, by choice.

2. As a historical Phenomenon Southeast Asian Universities are Battlegrounds for contesting state-think

My second point is this, as students and academics Southeast Asians have always struggled in universities to carve out spaces to challenge these efforts, to explore, experiment, to question. The “Southeast Asian” university if it is successful, not as a state project, but as a historical phenomenon, is a battleground where the state-think can be challenged and students whether they leave as conformists or revolutionaries have at least had the opportunity to question the order of things and change, even just a little, they come out better able to make their own choices as a result.

This is the historically conditioned role of universities and this development is one of many features of the arrival at a free and open society. Yes, the attempt to impose state think in universities is true in these as well because it comes out of bureaucratic rationality not social morality. So, I am not worried about states trying to determine what universities teach, again there are historical reasons why this EXPECTATION by governing elites is valid.

Third, while governments in democratic and democratic-aspiring societies have one version of state think that can tolerate a fairly high level of contravention, authoritarian and military governments have less tolerance, or none at all. The 1960s to 1980s saw many of these regimes, in some countries lingering somewhat longer, followed by a return to popularly elected civilian governments. In the restored state context, universities returned to normalcy. In the last half decade or so, the retreat of Democracy across the region, however, has created the trend I am most worried about today.

What is working against the historical role of universities across Southeast Asia today is the increasingly effective erasure of what we can call the intellectual counter-spaces of both students and academics by the invisible hands we will call for the moment “stakeholders.” Observers often confuse as intellectual counter-spaces the many high-profile research centres that have popped up at well-founded universities in the region in the last thirty years. Universities are not just being savvy about the checklist of things that they need to have to gain a good international reputation; there is a pathological need to achieve in form (but as it often works out not truly in content) to do things in the university that validate it in the eyes of the West, as the radical young Nigerian sociologist Dr. Omafume Onoge testified before a judicial enquiry after the Nigerian police fired on students at the University of Ibadan on 1 February 1971, killing one. The term used at the court was “sub-colonial” to describe a former colonial university that was not geared to serving the needs of indigenous society but continued to operate according to the old colonial template.5

This remains the case in Southeast Asia and other regions today. Universities cloak themselves with high profile links with elite institutions elsewhere, by creating nominal centres for critical thought, often bringing in internationally famous academicians. But these appendages very soon succumb to the colonial mode of university education like the rest of the institution and the famous personages they import flee, if they can, to Oxford or Kyoto, but never to another Southeast Asian university, ever again. This game is about pretending to encourage critical thinking only to win higher ratings on international university rankings. The illusion of critical thought afforded by the existence of these high-profile research centres masks the reality of a very regulated, closely monitored, and highly risky intellectual commons.

This closing up of genuine intellectual counter-spaces marks the critical moment when universities go from saying this is what the state wishes to teach you, to this is what the state limits your understanding to be. And they cancel the contracts for books, reject inviting talks by scholars, and ignore work that shows a different way to view one or another of the societies in the region. Worryingly, this appears to be the trend for some time into the future, especially with the apparent success of many authoritarian states in controlling Covid.