Thailand’s Military-Palace Complex and Prospects for the Emergence of a Government of, for and by the People

“Unlike the past, the pro-democracy movements now see clearly who and which institutions are the key forces in the network of the royalist elites. They do not focus solely on a number of military leaders but called for a structural changes.” Puangthong R. Pawakapan

1) Can you walk the readers through how militaries in general do this “infiltration” into society at large?

Militaries in general infiltrate their influence and control into society by expanding their roles into the broader socio-economic and political spheres in the name of protection of the nation’s internal security.

2) And in what specific ways has Thai military infiltrated the society in Thailand?

Since the counterinsurgency period, the Thai military employed a so-called political offensive approach to fight the CPT, which allowed the military to engage in the nation’s socio-economic and political development. The counterinsurgency operations integrated development projects, mass organizations, ideological indoctrination and propaganda programmes into its operations. These apparatuses were carried on despite the demise of the CPT. The line that distinguishes internal security from normal domestic affairs became increasingly blurred in the post-counterinsurgency period. The definition of internal security became much broader on grounds of meeting new threats in a volatile world. Many new security threats were non-combatant in nature, yet the Thai military folded them into its mission. From fighting communist insurgency, its mission extended to defending and promoting the monarchy, eradicating poverty, managing democratization, protecting natural resources, combatting human and drugs trafficking, and building political unity. A new term was created to disguise the military’s political strategy: counterinsurgency operations was supplanted by civil affairs.

The internal security mechanism became a political tool of the military and its conservative allies to protect and perpetuate their political domination and suppress political dissidents. The military’s activities broadened into social, political, and economic areas, and expanded beyond the remote rural and hill areas to the urban areas. Its current operations cover every province in the country, including Bangkok, and penetrate deep into the pre-existing village governance structures. Various interest groups became targets of the military’s internal security operations. The military’s power in the country’s socio-political sphere became steadily stronger and more pervasive, overflowing all boundaries in the aftermath of the coup in 2006. Solutions to various socio-economic problems have become militarized, such as the forced eviction of people from the forest reserve areas. Some political issues are disguised as an economic agenda.

In normal time, these apparatuses seemed harmless. But when the country faces political conflict, the military and the royalist elites can exploit them to achieve their political agendas. Besides, the institutionalization of the military-dominated apparatus grants this apparatus an autonomous life. The apparatus continues its operations even when Thailand is under elected governments. Bureaucracy helps maintain routine operations and maintaining the military political apparatus proved to be the right strategy for the elites when they confronted new challenges to their domination. To counter the rise of the Red Shirts movement and the undiminished strength of the Thaksin faction, the conservative elites needed to build a loyal popular base across classes and regions, turning people into a political weapons in the name of defending the Democratic Regime with the Monarch as the Head of the State.

Social media has been utilized heavily to connect state agencies with their members and to entrench the royal nationalist narrative. Neighbourhood watch and cyber surveillance are used to monitor the opposition. Royalist citizens have become a political weapon to counter the power and legitimacy of electoral politics, politicians and people whose aspiration is electoral democracy.

3) What are the major ideological strands of Thai military that it attempts to propagate among the Thai civilian society at large?

The royal nationalist ideology. They promoted Thai style democracy, officially known as “the Democratic Regime with the King as the Head of the State”, in opposition to Western liberal democracy. The royal hegemony of the late King Bhumibol remained the main source of ideology for mobilizing members of state-dominated mass organizations. They promote the discourse of rule by good people as the basis of royal democracy through various programmes of the army and ISOC.

4) How successful and effective are the Thai military’s attempts at embedding itself in different social strata or classes and faith-based communities?

King Bhumibol’s reign ended amidst deepening political polarization and increased use of force and intimidation by a military junta. State agencies are expected to routinely show their loyalty to the monarchy. Civil servants, soldiers, and members of mass organizations have to undertake volunteering activities as part of their duties. The ruling elites understand that ideological indoctrination and propaganda alone will not be effective enough after the end of King Bhumibol’s reign. They need to offer economic incentives to retain their supporters working.

Although the conservative elites no longer command the loyalty of the majority of the population, they still have a capability to mobilize members of their mass organizations when necessary. The mobilization of the royalist mass will recur because  the royalist elites are facing growing popular discontent.

5) Do you find that the Thai military also embed itself in the national economy, going beyond influencing the society’s orientation, to make the latter favourable to Thai military’s DOMINANT political and societal roles?

Yes, it is trying to do so but failed miserably. Its Pracharath (a school project for the needy in the southern border provinces) and several populist projects failed to replace Thaksin’s past projects.

6) Thai military swears pledge of allegiance to the king and monarchy – not to the people of Thailand as such.  That’s quite anti-democratic vis-a-vis the militaries in constitutional monarchies such as Japan or UK.  What are the essential features of the military-palace relations?

The special relationship between the monarchy and the military underpinned the expansive role of the army. The monarchy has been active in supporting and promoting the military’s socio-political and economic role since the counter-insurgency period. In return, the military has pledged loyalty to the monarchical institution. Collaboration among the conservative elites was essential for building up the military’s internal security apparatus

7) You are hopeful about the Thai democratic movements despite the Thai military’s decades of systematic societal infiltration.  What do you base your hope on?

Unlike the past, the pro-democracy movements now see clearly who and which institutions are the key forces in the network of the royalist elites. They do not focus solely on a number of military leaders but called for a structural changes. Eye-opening is very important, though it is not easy. It’s an uphill task indeed. 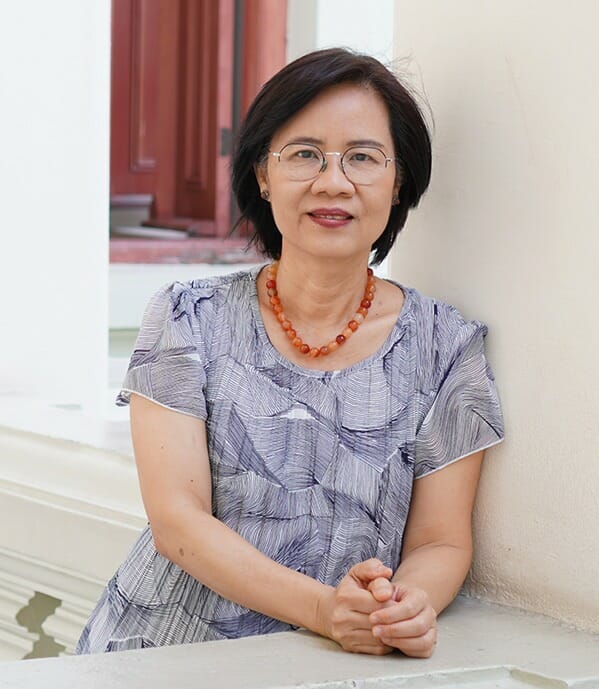 Puangthong R. Pawakapan is an associate professor in the International Relations Department, Faculty of Political Science, Chulalongkorn University. Her original academic expertise is in the field of Southeast Asian Studies with special interest in the political relationship between Thailand and Cambodia. Her current interest is on Thailand’s contemporary politics.

Her recent book is Infiltrating the Society: The Thai Military’s Internal Security Affairs. Singapore: ISEAS Yusof Ishak Institute. 2021. Other publications include “The Foreign Press and Its Changing Perceptions of the Thai Monarchy”, in After the Coup: The National Council for Peace and Order Era and the Future of Thailand (2019); State and Uncivil Society in Thailand at the Temple of Preah Vihear (2013); and “Thailand’s Response to the Cambodian Genocide,’ in Genocide in Cambodia and Rwanda: New Perspectives (2006).

Puangthong has a Ph.D. in History from the University of Wollongong in Australia in 1995. Recently, she was a visiting scholar at the Harvard-Yenching Institute, Harvard University; the Center for Southeast Asian Studies, Kyoto University; and at ISEAS Yusof Ishak, Singapore.