Thailand’s current Prayuth government may like to think that Thailand could play a balancing game between the United States and China. But the Thai domestic problems have compromised its position.

Since Thailand has grown closer to China, the United States has re-evaluated its relationship with Thailand. It is imperative to note that the United States and Thailand have long been closed allies, particularly in the context of the Cold War. More importantly, the two countries have been bound by a military alliance, symbolised by the well-known Cobra Gold exercise which to date is the largest military cooperation in the Asia-Pacific.

The invitation to Thai Prime Minister General Prayuth Chan-ocha from US President Donald Trump to the White House, in October 2017, was testimony of a strengthening of Thai-US relations. For the United States, punishing Thailand for embracing the military regime (from 2014-2019) only drove the latter into the Chinese orbit. Not doing so, on the contrary, it was to be blamed for tolerating authoritarianism at the expense of democracy. This situation allowed the Prayuth government to manage its political crisis at home with minimal interference from the outside world. This same situation has also allowed China to further consolidate its position in Thailand.

Undoubtedly, China perceives Thailand to be an important piece of jigsaw for its vision of Southeast Asia under the Chinese influence. For example, the Kra canal project has been enthusiastically supported by China, as it would permit ships to bypass the Malacca Strait, a crucial maritime chokepoint, amplifying the geopolitical significance of this project. China hopes that the establishment of the Kra Canal would be a part of its Belt and Road Initiative (BRI) that helps connect various Chinese infrastructure and other connectivity projects in the region. 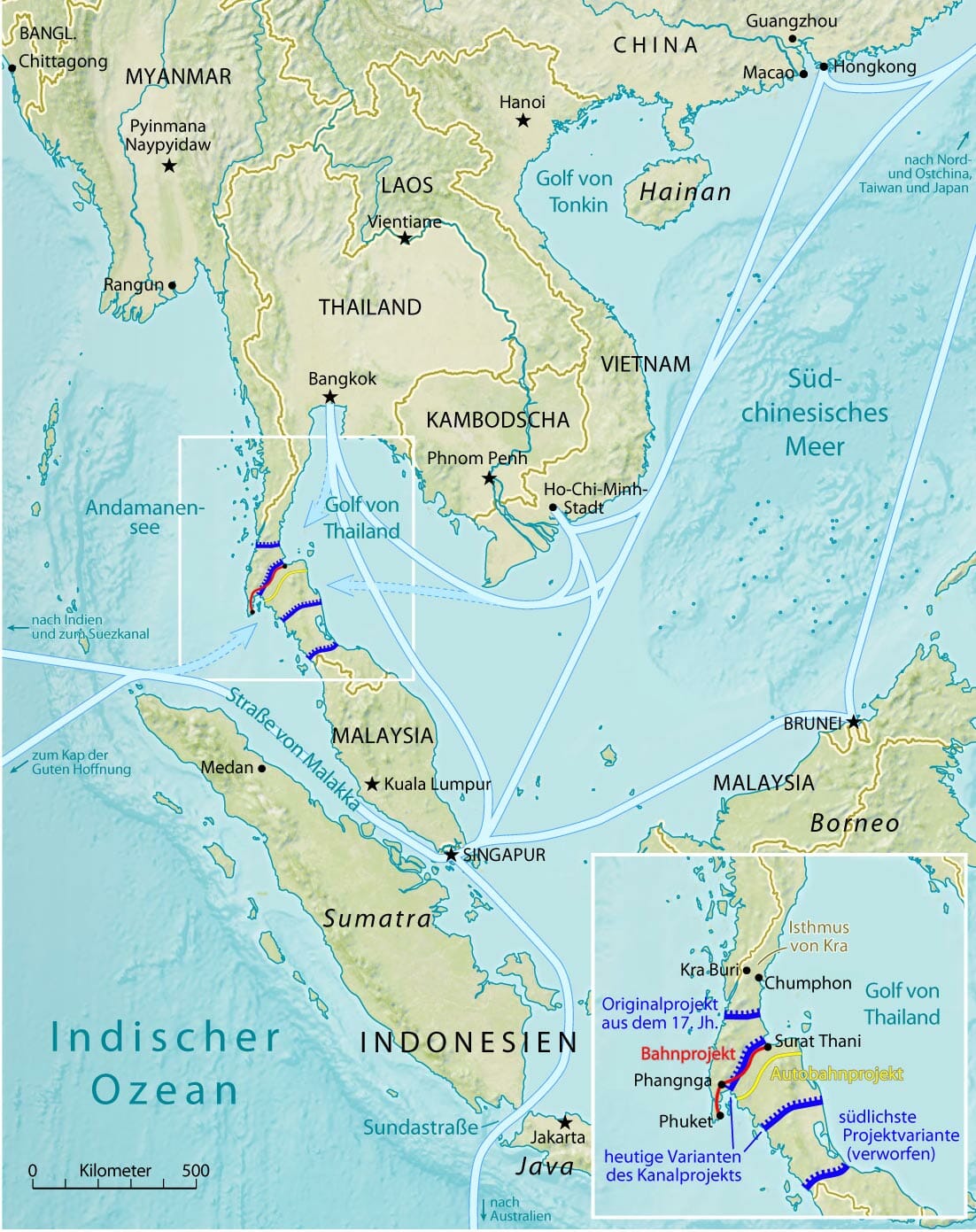 The Thai Canal, also known as Kra Canal or Kra Isthmus Canal, refers to proposals for a canal that would connect the Gulf of Thailand with the Andaman Sea across the Kra Isthmus in southern Thailand. Image: Wikipedia Commons

If successful, the Kra Canal will link Southeast Asia with Europe through the Indian Ocean, providing an excellent opportunity to China to expand its maritime power in this region. It is reported that China is willing to supply the financial and technological support for Thailand, costing about US$28 billion to complete the project.1 But Thailand has not made a final decision due to its sovereignty and security concerns. It is noteworthy that Thailand has suffered from the Islamic insurgencies in the southernmost provinces. Hence, digging up a canal would physically cut Thailand into half. Symbolically, it could be considered a break-up of sovereignty.

But the Kra Canal and the Thai reliance on the Chinese leadership could be counterproductive. It is noteworthy that lately, Thai relations with China, although impressively amicable, have at times become complicated. Thailand’s excessive dependence on Chinese political support (to balance off the American influence) has to a certain extent permitted China to take its Thai neighbour for granted. As a result, some of the Chinese policies toward Thailand could be seen as fraught, signalled by, for example, the non-invitation to the BRI Summit in May 2017 in Beijing, possibly because of Thailand’s renewed ties with Trump.2 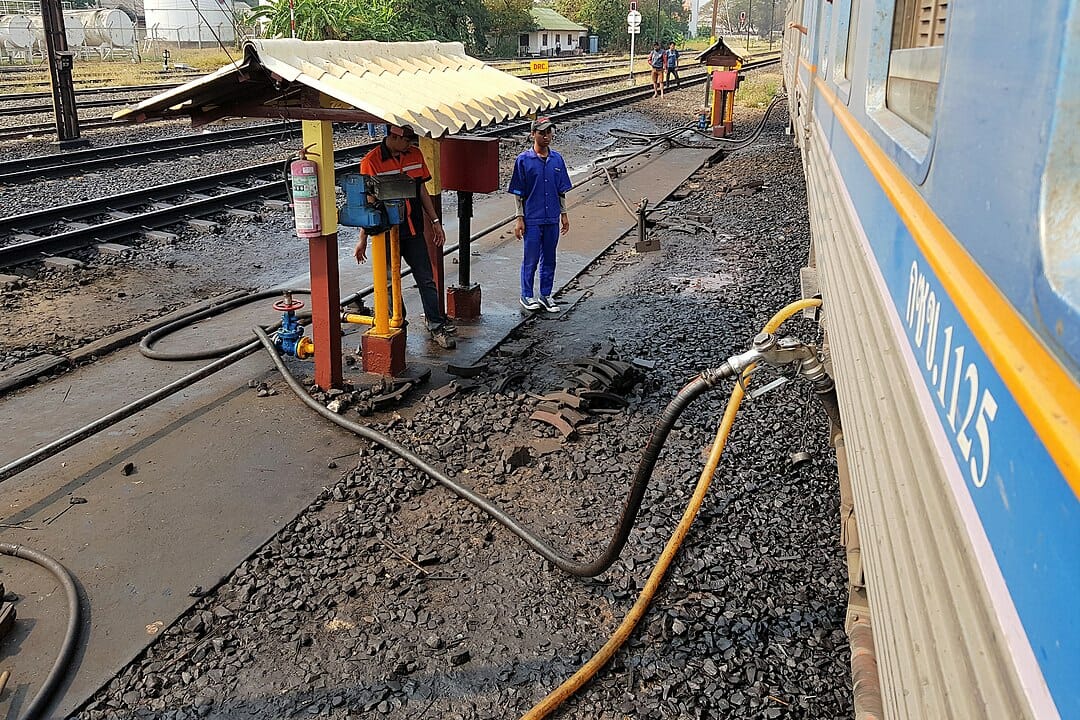 After all, the vulnerabilities of the Thai state, together with its own prolonged political problems, have created a foreign policy that is complicated by uncontrollable factors. The current Prayuth government may like to think that Thailand could play a balancing game between the United States and China. But the Thai domestic problems have compromised its position. A foreign policy that emerges from this context has limited the country’s geopolitical strategy.

Pavin Chachavalpongpun
Banner Image: Cargo ships entering one of the busiest ports in the world, Singapore