Today the Committee to Protect Journalists (CPJ), the International Center for Journalists (ICFJ), and Reporters Without Borders (RSF) announced the launch of the #HoldTheLine campaign in support of journalist Maria Ressa and independent media under attack in the Philippines. Acting in coordination with Ressa and her legal team, representatives from the three groups form the steering committee, working alongside dozens of partners on the global campaign and reporting initiatives. The campaign takes its name from Ressa’s commitment to ‘hold the line’ in response to sustained state harassment and prolific online violence.

An internationally celebrated Filipino-American journalist, Ressa is best known for two decades covering South East Asia for CNN and founding the multi-award winning Philippines news website Rappler. On 15 June 2020, she was convicted of “cyber-libel,” alongside former Rappler colleague Reynaldo Santos Jr — a criminal charge for which they face up to six years in prison. The conviction relates to a story about corruption from 2012 – before the law was even enacted – and hung on the correction of a typo. 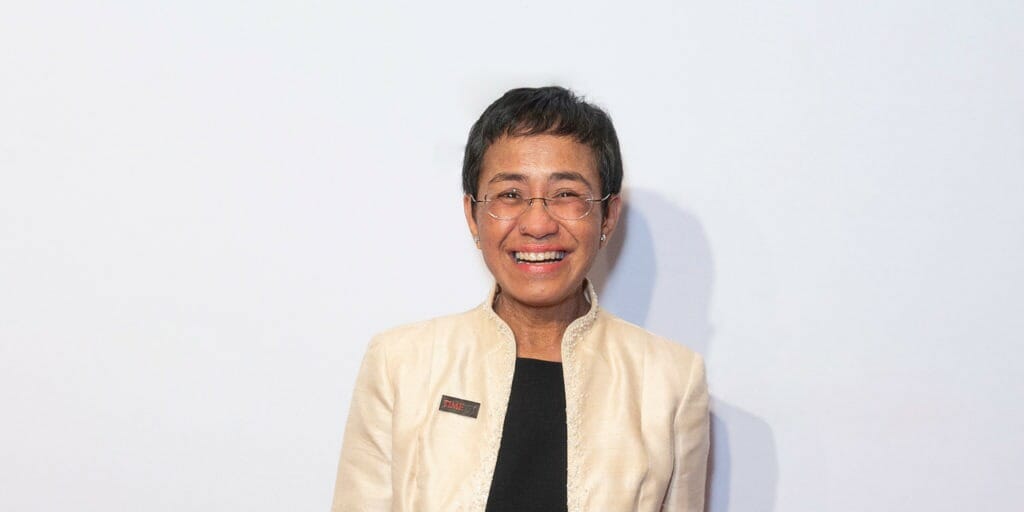 Ressa and Santos both posted bail, but could be imprisoned if the case is not overturned on appeal. Ressa is facing at least six other cases and charges. Guilty verdicts in all of them could result in her spending nearly a century in jail. Rappler is also implicated in most of these cases, with several involving criminal charges related to libel, foreign ownership, and taxes. The convictions are the latest offense in the Duterte government’s wider campaign to stifle independent reporting, including the recent shutdown of the main national broadcaster ABS-CBN.

I am moved by the incredible outpouring of support we’ve received from around the globe for our campaign to #HoldTheLine against tyranny – even as President Duterte continues his public attacks on me, the legal harassment escalates, and the state-licenced and Facebook-fuelled online violence rages on. We can’t stay silent because silence is consent,” Ressa said. “We need to be outraged, to fight back with journalism. If we don’t use our rights, we will lose them. Please stand with us!”

Those interested in showing support and helping to #HoldTheLine can take two immediate steps in the run-up to Ressa’s next hearing scheduled on 22 July:

Join the #HoldTheLine coalition by getting in touch via the contacts below.

Sign and share this petition calling for the Philippine government to drop all charges and cases against Ressa, Santos and Rappler, and end pressure on independent media in the Philippines.

The 60 founding members of the #HoldTheLine Coalition are:

FORSEA would like to thank Reporters Without Borders for sharing this information.