Russia’s War Against Ukraine & Its Global Consequences: Views from Asia

In Southeast Asia, a region of nearly 600-million, neither the citizens nor the states seem to share the kind of popular official outrage over Russia’s invasion of Ukraine, or the fear of immediate impact on their lives, which one sees in the West such as in the United States, Canada, the UK and European Union.

Russia’s invasion of Ukraine has caused a strong international outcry – loudest in the West, that is, Europe, the USA, Canada and Australia. Virtually all western media networks have had a saturating – and very racist – coverage of Ukraine. The corporate and official media outlets in the USA and UK, for instance, have portrayed Zalensky’s Ukraine, rather simplistically, as a victim of a nuclear-armed and coercive Russian neighbour while the entire European Union opened its doors to welcome two million Ukrainian war refugees because “they are like us  – blue-eyed, blond-haired, Christian and civilized”.  This is the same European Union that funded Janjaweed, the Sudanese militia whose genocidal violence in S. Sudan were well-documented, as EU’s proxy bodyguard on African soil whose task is to keep brown and black war refugees from reaching the shores of “Fortress Europe.”

While the rest of the world most certainly empathises with 40-million ordinary Ukrainians whose cities and lives are being destroyed by Russia’s war against their country, the governments of the two most populous nations on earth – China and India – are deeply ambivalent about the way in which the United States and NATO have handled the invasion. Japan and Taiwan show some degree of official solidarity with Ukraine. But in Southeast Asia, a region of nearly 600-million, neither the citizens nor the states seem to share the kind of popular and official outrage or, “naturally” the fear of immediate impact on their lives, which one finds in the West such as in the United States, Canada, the UK and European Union.

Russian-armed Myanmar military regime openly offered to send troops to fight on the side of Russia, while India and Pakistan openly discuss with Moscow purchasing Russian energy supplies such as natural gas. 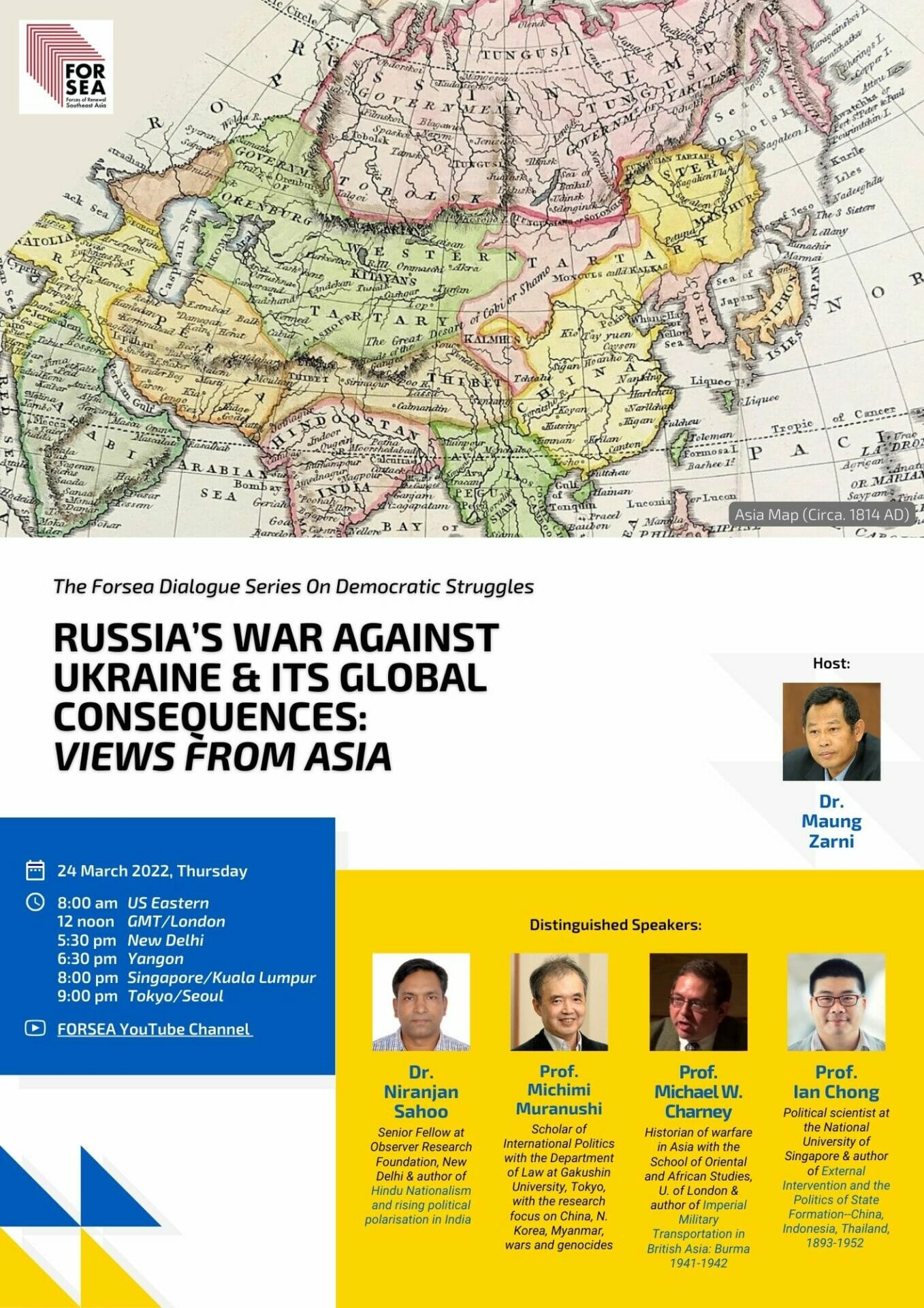