Who speaks for Myanmar at the United Nations? Why it matters and other issues

Prof. John Packer said, “ … Britain is wilfully blind to the duplicity of trying to recognize the genocidal regime through the farcical separation of a state from a regime.” He called sanctions against military leaders while embracing their regime “Bad Apple-ism”. That is, there are some bad guys in the Myanmar military, but as in the entire military as a national institution, not every rank and file member is bad.

Normatively speaking, the prospects for the United Nations recognizing Myanmar’s widely popular and electorally mandated National Unity Government (NUG) as the legitimate body that speaks for Myanmar as a member state should be far greater, (at least in theory).

The developments in Myanmar cannot be in China’s interest. The risks and uncertainty created by Myanmar coup regime are too great, even in hard-nose interests-based analyses. The better alternative is NUG. And the NUG must make its case more strongly.  But the NUG is underplaying its hand.

Those are some of the perceptive and learned observations, I heard first-hand from Professor John Packer, Director of the Human Rights Research and Education Centre and Neuberger-Jesin Professor of International Conflict Resolution in the Faculty of Law at the University of Ottawa. A leading Canadian scholar and practitioner in conflict resolution, Packer’s views are grounded in his 3-decades of involvement in the United Nations.  He served inter alia as a legal assistant to the UN’s first-ever Special Rapporteur on human rights situation in Myanmar (1992-93). 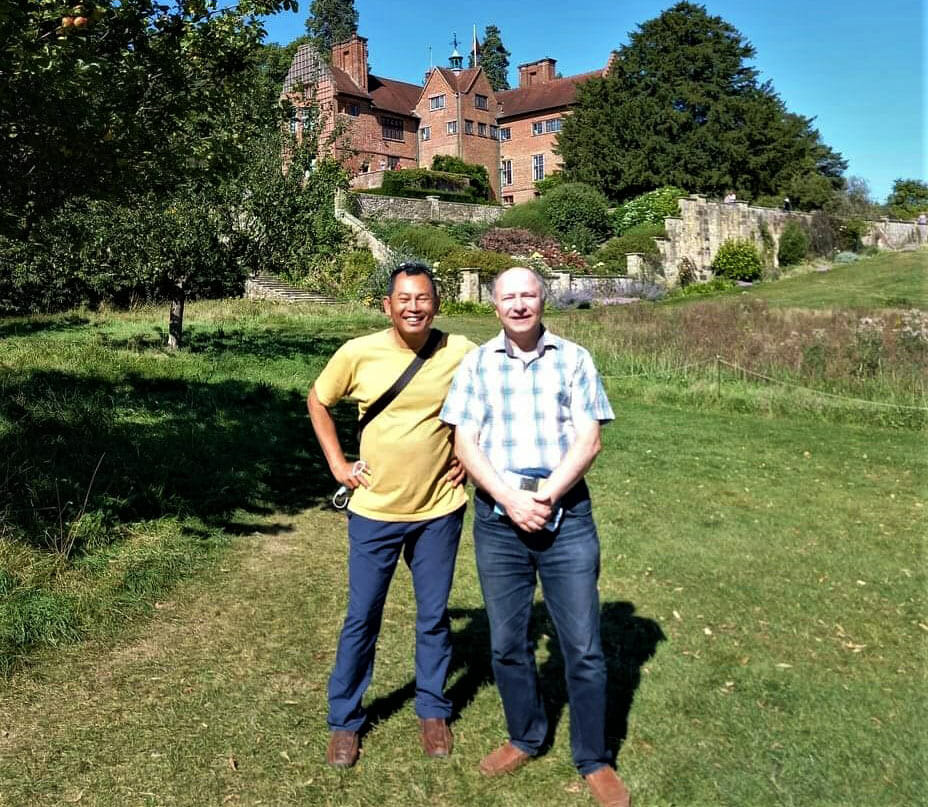 During his visit to UK where he appeared as an international law expert witness before the Second Hearing of Uyghur Tribunal, Professor Packer sat down with Dr Maung Zarni, the UK-based host of FORSEA Dialogue on Democratic Struggles in Asia, and discussed wide ranging international issues regarding Myanmar, including the timely and crucial issue of “Who speaks for Myanmar”? as a state at the United Nations and its constitutive agencies and bodies (such as WHO, Human Rights Council, etc.).

Regarding the question of Myanmar’s representation at the United Nations, UN is simply further destroying its own institutional legitimacy and international credibility by inconsistencies and contradictory practices, warned Packer. The host pointed out how the Big Powers (China, US and UK), seating the Pol Pot’s genocidal regime for 12 years (1979-2001), after the genocidal regime was effectively overthrown in January 1979. This was done out of anti-USSR strategic logic. For the Soviet-allied Vietnam overthrew Khmer Rouge, thereby effectively having ended the Khmer Rouge genocide.

Emphatically, Professor Packer also weighed in on the issue of rights experts and pro-democracy governments insisting that Myanmar’s anti-military dictatorship movement must remain “peaceful” or “non-violent”. 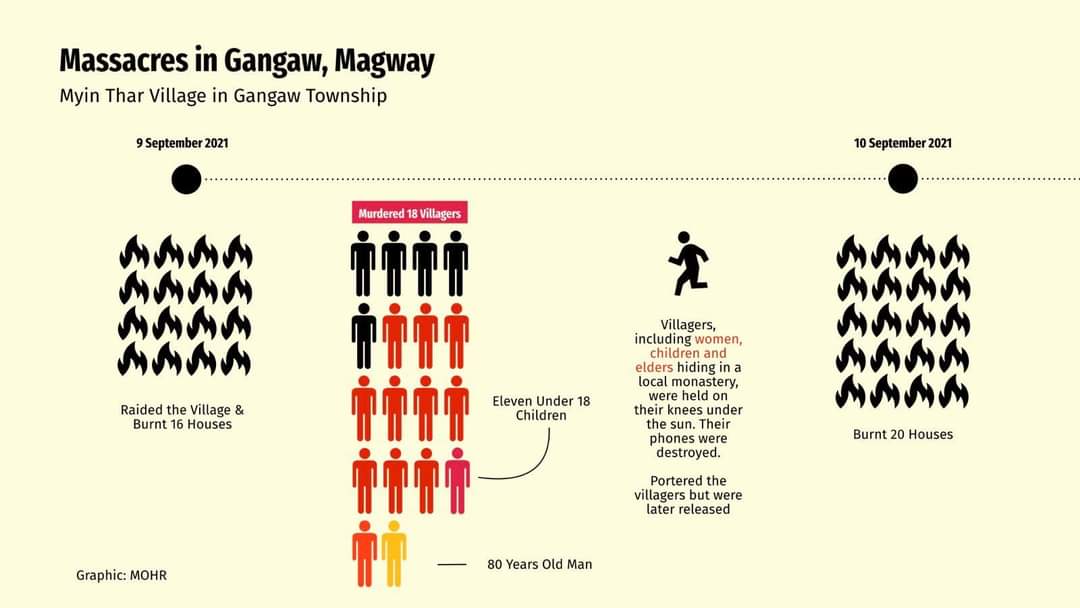 In his words, “when you know the other side is armed to teeth and you say (to the popular revolutionary side) ‘non-violence’ it is fait accompli“. The Myanmar military regime has murdered over 1,000 largely Generation Z activists while detaining over 6,000 non-violent activists since the anti-coup nationwide popular revolt began in February.  (In regards to armed resistant fighters, the military regime does not take prisoners.) 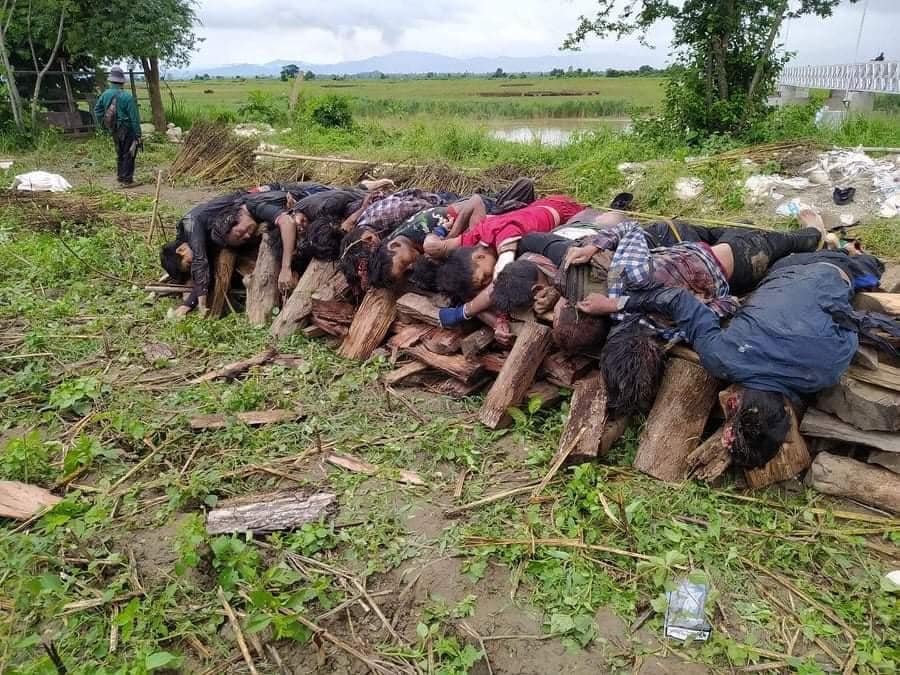 A group of young armed resistant fighters slaughtered by the military regime in up-country Myanmar in September 2021. 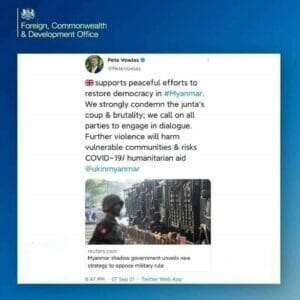 Professor Packer continues, “even the UDHR is premised on the natural, inherent rights of self-defence, the use of force in terms of rebellion. It is non-sense to say that (the Oppressed) must be passive (in the face of violence)…. I mean American and French republics were born of violence and all the rest of it.”

These are just some of the deeply thought through and learned that I have heard from Jack Packer, one of Canada’s leading scholars on international law and UN affairs.

In an hour-long discussion, Professor Packer explained and addressed some of the most pertinent questions regarding crucial procedural and substantive questions regarding the unfolding battle for Myanmar representation and recognition between the genocidal military coup regime in Naypyidaw and the National Unity Government. 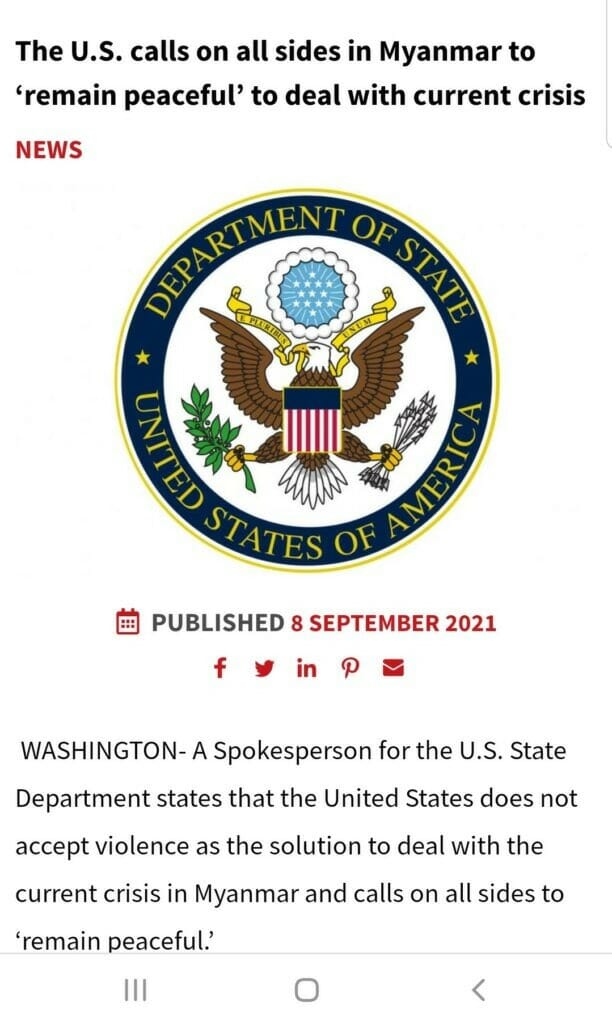 Substantively, there are 3 norms or standards that the United Nations ought to apply when disputes over a state’s representation at the UN arise. These are:

Neither Myanmar military junta nor the NUG can be said to have effective control of the territory or population. However, the military regime has shown that it inflicts criminal damage on millions of Myanmar people, to belabour the obvious. Exhibit A: International Court of Justice’s unanimous Provisional Measures order (see What does the Myanmar Provisional Measures Order by the International Court of Justice mean for ASEAN? – FORSEA ) and Myanmar coup: UN calls for arms embargo against military – BBC News). 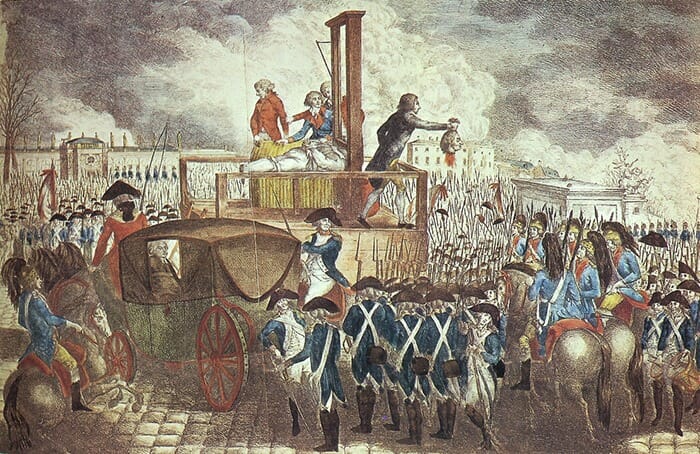 Painting: The public execution of Louis XVI by guillotine, a major event of the French Revolution, on 21 January 1793 at the Place de la Révolution (today Place de la Concorde) in Paris. Wikipedia Commons

Professor Packer argues that the oft-cited diplomatic excuse – “we are recognizing only the state of Myanmar, not the regime” – as an act of dodging the issue of state responsibility to apply the aforementioned normative and substantive standards using the farce of separation between a state and the regime (types of system of control).

Using Britain’s disturbing diplomacy around Myanmar as an example, Packer said, “with due respect to British Foreign Secretary, Britain is wilfully blind to the duplicity of trying to recognize the genocidal regime through the farcical separation of a state from a (heinous internationally criminal) regime.” He called the imposition of sanctions against individual military leaders while embracing the regime which these leaders set up and run “Bad Apple-ism”. That is, there are some bad guys in the Myanmar military, but as the entire military as a national institution, not every rank and file member is bad.

In Packer’s view, the Bad Apple-ism is “more than deceitful. It is fraudulent” in that it allows sovereign states such as UK or USA to carry out with their business as usual – with all kinds of criminal regimes.

Finally, Professor Packer offered a few possible scenario with respect to who will speak for Myanmar at the United Nations.

Watch the Dialogue with Professor John Packer below –
Because of technical difficulties, the YouTube LIVE broadcast had to be switched to Facebook LIVE at the last minute. Consequently, the host’s audio was muffled and FORSEA dubbed the questions separately in this video after the Facebook LIVE dialogue.