Over the years, thousands of Burmese dissidents have received support and space from Thai communities, politicians and even governments in Bangkok. They now call for solidarity protests across Southeast Asia in support of young Thai protesters on the streets of Bangkok.

Over the last 30 years as a Burmese I have had the honour and privilege of knowing, working with and receiving support and solidarity from fellow dissidents in Thailand – from former student leader-cum-brilliant-historian Thongchai Winichakul to the constitutional monarchist and Buddhist activist Ajan Sulak Sivaraksa to Ajan Jaran Ditapichai and Pavin Chachavalpongpun, to name just a few.

Author of the acclaimed “Siam Mapped: A Geo-Body of a Nation”, Thongchai was already an established scholar at the University of Wisconsin at Madison,  when I started my PhD program there in 1992, and we were together at an academic conference in Boston.   Knowing the typically poor plight of incoming graduate students – and knowing me as an activist, Thongchai offered to share his hotel room with me, in case I needed a decent place to stay during the conference. That was in 1994.

Then himself a political fugitive in USA under the old Thai regime that liberally used the draconian les majeste law (offence against the monarchy), Ajan Sulak came to give a lecture at our university in the spring, and he focused on how Thai corporations with ties to the Thai military were plundering the neighboring Myanmar while Bangkok was backing the Burmese military dictatorship.

Over the years thousands of Burmese dissidents including the failed armed revolutionary movement led by the deposed Prime Minister U Nu and his followers have received support and space from Thai communities, politicians and even governments in Bangkok. 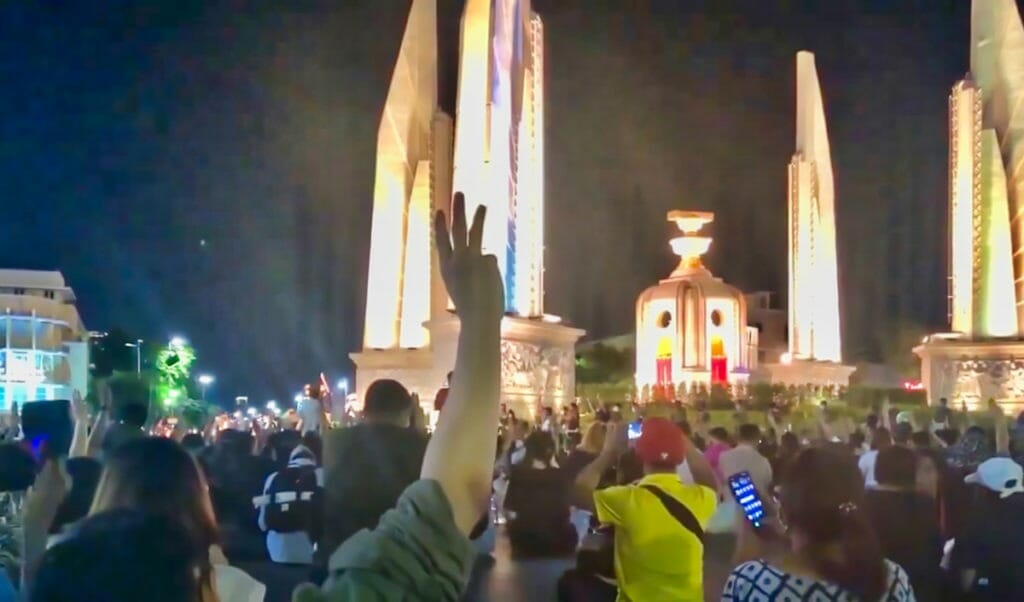 No doubt the military-monarchy complex which have for generations sucked the Thai public dry have drawn their red lines which they will be prepared to massacre youthful, idealistic and visionary protesters who risk their safety and even lives for a better republican future.

The Thai peoples’ struggle for constitutional monarchy – and in many instance, abolition of the outdated, parasitical feudal institution of monarchy – deserve support from all across ASEAN – and beyond.

I have seen sporadic twitter and facebook posts by a handful of Burmese activists supporting their Thai brothers.

We are all Thais today

There ought be solidarity protests across Southeast Asia in support of young Thai protesters on the streets of Bangkok. At the very least, human rights and other regional and national civil society organisations should be issuing statements – audio-visual and written – saying that we are all Thais today.