China has accrued formidable economic power, and is now beginning to channel greater quantities of that power into military modernization. Its primary purpose is overseas force projection in a great arc ranging from the Sea of Japan to the Indian Ocean. Asia’s Pacific rim states have become a primary target for incorporation into a China-centered world system that aims to exclude American influence.

During the Cold War, America formed alliances with foreign states to station its armed forces overseas. This allowed the US to project power and contain the spread of communism. Allied militaries played a secondary role in Washington’s larger strategic considerations. They provided vital logistical and personnel support, but there was no question that they would rely entirely on American protection in the event of a great power conflict. East Asian security arrangements conformed to this larger alliance pattern. With the Cold War’s conclusion, these interactions remained largely unaltered. In more recent years, countries like Japan, South Korea, and increasingly Taiwan have been viewed as lucrative markets for advanced American weapons systems. The Trump administration viewed traditionally pro-American Asia-Pacific states as little more than an opportunity to make money, either via accelerated arms sales or sloughing off a greater share of defense treaty costs onto host nations. America could contain a rising China on its own. However much rising tariffs antagonized Beijing, Washington possessed a favorable balance of conventional and nuclear forces that could not be matched.

Yet, growing Sino-US hostilities require a tightening, rather than loosening, of established alliance structures. Since embracing capitalist reforms over four decades ago, China has accrued formidable economic power, and is now beginning to channel greater quantities of that power into military modernization. This modernization’s primary purpose is overseas force projection in a great arc ranging from the Sea of Japan to the Indian Ocean. Asia’s Pacific rim states have become a primary target for incorporation into a China-centered world system that aims to exclude American influence. The United States will not benefit from such an outcome. A closed economic bloc will pull the resources and productive capacities of the territories within it away from liberal democratic states and toward an authoritarian military-industrial behemoth.

To check these tendencies, the United States must play on its strengths. For all their faults, Japan, South Korea, and Taiwan are democracies with militaries oriented toward external defense. To be sure, democratization in South Korea and Taiwan occurred in the 1980s regardless of American support for authoritarian political systems, but times have changed. Democracy in East Asia is no longer a threat to Washington’s vital strategic interests, it is a strength. Common defense concerns are complemented by common political cultures. The US can defend these democracies by reaffirming its commitment to their territorial and maritime integrity as they relate to potential Chinese encroachments. This will make these allies more willing to host American forces and deepen their linkages to the US defense establishment. The deeper these ties become, the less Beijing will be able to pry these alliances apart. 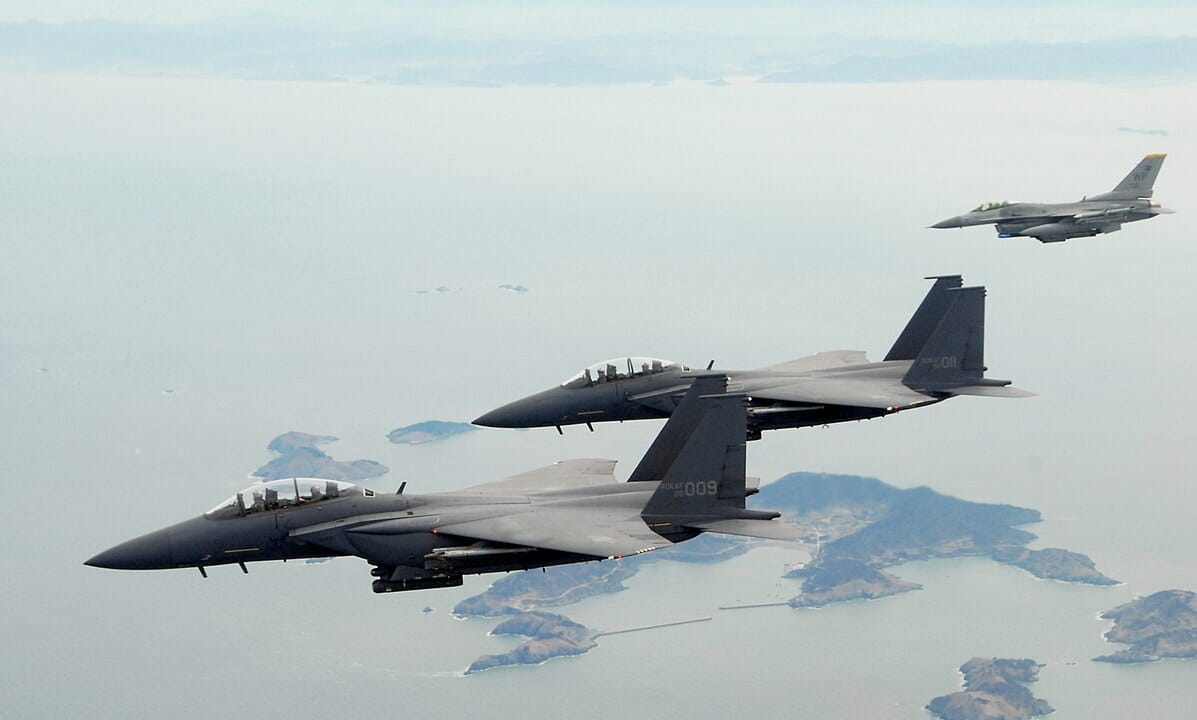 Nevertheless, the Biden administration must think through complex problems if it wishes to make a success of Chinese containment in East Asia. Of the three countries, Japan appears the least problematic in that its political class genuinely desires a powerful United States closely embedded across its territory as the surest means of pushing China away. Local problems generated by an overconcentration of American military bases on Okinawa can be alleviated by serious considerations of force redistribution across the archipelago. Alliance cost sharing negotiations must be conducted with mutual respect and in good faith. The US cannot present itself as a mercenary force selling its protection if it hopes to sustain Japanese cooperation. Taiwan seeks Washington’s protection most enthusiastically, but present commitments to the “One-China policy” make for a highly vexed relationship. To be sure, the US has retained informal ties with Taiwan ever since extending de jure recognition to the People’s Republic in 1979. Such informal interactions, along with the concomitant weapons sales, have increased in recent years, leading to what some have called a hollowing out of the “One-China” line. President Trump went so far as taking a call from the Taiwanese president shortly after his election in 2016. If the US can arm up Taiwan to sufficient levels, it could make any potential invasion from the mainland costly enough to dissuade Beijing from undertaking rash actions. If Taiwan becomes an armed bastion, it still might very well be subjected to subversion and cyberattacks, this must be countered by inclusion of the island in America’s cybersecurity networks. South Korea has developed vital economic exchanges with the People’s Republic and appears more concerned with its North Korean question. However, the US can make it clear that Seoul is perfectly entitled to pursue its economic advantages as they relate to China while simultaneously relying on American security guarantees for its territorial and democratic integrity. Current cultural and political disputes between Seoul and Tokyo require delicate handling and constant American intersession to make sure the two nations focus on common problems confronted best by close partnerships.

The new Biden administration appears to have understood that America cannot contain China alone. Heated exchanges witnessed at the recent Sino-US summit in Anchorage were proceeded by high level meetings between American, Japanese, and South Korean officials. Biden’s emphasis on the “Quad” alliance, encompassing the US, Japan, Australia, and India also indicates a refocusing of American foreign relations toward robust multilateral ties. The signals are all too clear. China must be confronted by collectives that range across its territorial and maritime spheres of interest. If China wins many nations stand to lose, or so it now seems from Washington’s perspective.

For the Biden administration, East Asian states can no longer be treated as mere auxiliaries; they must become full partners. The fact that they are democracies with robust public spheres and divisions of power make any major moves towards broadening alliances more difficult, but it is well worth the effort. Once finalized and accepted, consolidated linkages will be far less likely to be undone. Multivariate political systems will necessitate American engagement beyond the traditional spheres of security and diplomacy. Cultural, educational, infrastructural, and public health interchanges will widen spaces where the US can exercise soft power. Thick multilateral and multilevel alliances are the most effective counter to unilateral attempts at reshaping the globe.