You don’t need to be a VIP to come and pay homage to fellow democrats and rights activists, who were slaughtered by yet another murderous dictatorship. South Korea’s “May 18 National Cemetery” in Gwangju province admirably enshrined the “people’s desire for democracy”.

The cemetery is one of a half-dozen sites which memorialise the Korean people’s successful resistance against US-backed military dictatorships in South Korea. Some of these sites are recognised as “World Heritage” by UNESCO.

I was inspired and moved by the development of the “participatory democratic” culture and mindset – forged by South Korean activists, citizens and intellectuals

One of those who has participated in commemorative events is former human rights lawyer and the current South Korean President, Moon Jae-in. Shockingly, he has shown utter disregard and indifference to the human rights of Rohingyas, as well as other oppressed religious/ethnic communities and journalists and activists in Myanmar. It is only two years ago that the Korean president was commemorating the human rights and democratic uprising in Gwangju.

Paying homage to the South Korean dictatorship-murdered human rights and democracy activists that perished in the Gwangju uprising of May 18, 1980.

During his official visit to Myanmar, President Moon Jae-in pledged US$1 billion in so-called development aid and cheered the increase in investments from South Korean companies.  As the South Korean money pours in, a genocide is being committed in my old country as it is undergoing renewed repression under the SuuKyi-military coalition government.

Notwithstanding the outrage felt towards the South Korean leadership for this hypocrisy and indifference, my admiration and homage for the South Korean people and what they have sacrificed and accomplished for their own society is unbounded.

The Democratic Ethos Has Taken Root 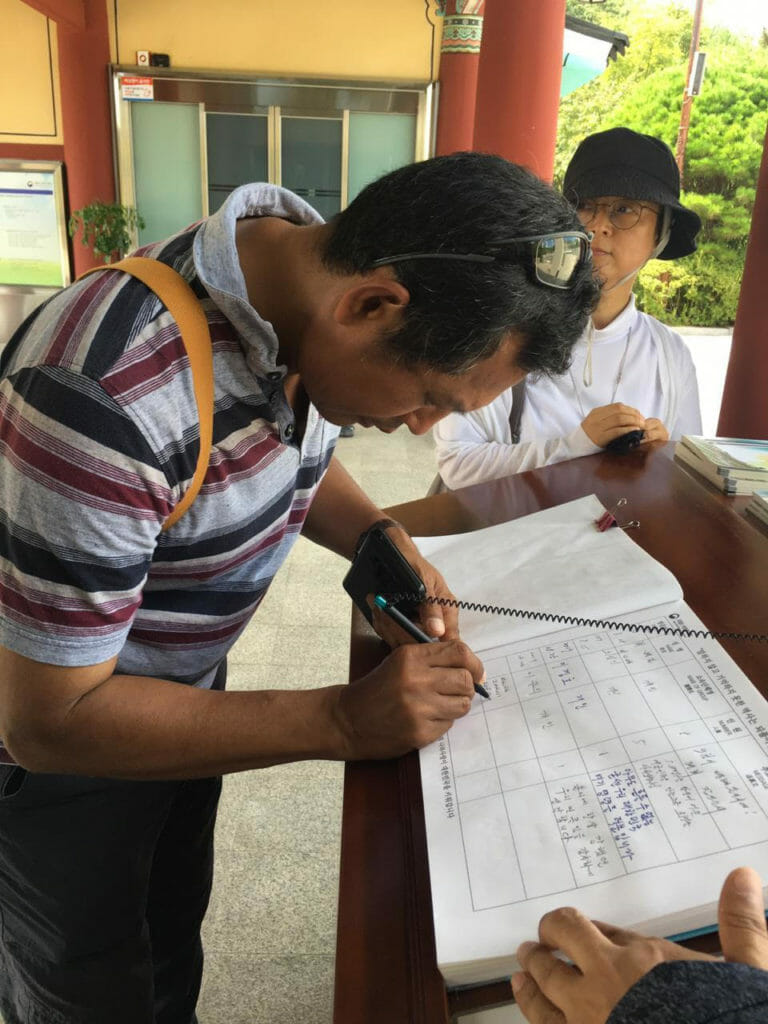 My Korean brother Kinam Kim took the trouble to travel with me to Gwangju from which he hailed. Human Rights Ombudsman from the City of Gwangju and General Secretary of Gwangju Peace and Human Rights Foundation spent the entire day with us on our visit.

Unlike Japan where the public view the democratic governance of the country as the domain of a tiny minority of power elites from dynastic families, I was told by Japanese activists and academics, South Korea has had a value transformation, from chop-stick authoritarianism to a participatory democratic ethos.

In my view, South Korea may be one of the very few countries (the other two perhaps being Hong Kong and Taiwan) in the whole of Asia where the democratic ethos has taken root – and it’s taken root fast.