Ban in Extramarital and Gay Sex Postponed in Indonesia

The Criminal Code may yet be revised so that human rights like freedom of expression and association are better protected. But this requires the mobilisation of civil society in a way that has not been seen since General Suharto was ousted in 1998. It seems more likely that the pace of Islamization of the country has only faced a temporary setback.

Indonesia held hotly contested elections in April of this year. The incumbent, President Jokowi, paired with his arch conservative vice-presidential candidate Ma’ruf Amin won by a large margin The camp of their adversary, former General Prabowo, claimed massive electoral fraud had been committed, but could not convince the Constitutional Court.

Prabowo was supported by sizeable contingents of Islamist groups. Ostensibly then, moderate Muslim and secular forces who had largely been campaigning for Jokowi, should have been able to rejoice. Not for long however. Islamist parties from both sides, notably the PKS  (Partai Keadilan Sejahtera, Prosperous Justice Party) from the Prabowo coalition and the PPP (Partai Persatuan Pembangunan, United Development Party) that supported Jokowi, joined forces to speed up deliberations on the long-awaited revision of the Criminal Code. This Code hails from the Dutch colonial era. For several decades discussions have been going on to revise the Code. In 1976 a special committee was installed to propose revisions. In 2015 a formal parliamentary commission was installed by the President.

From time to time results of these parliamentary debates were discussed in public. In the wake of the wave of homophobia that has swept the country since late 2015, anti-gender activists proposed to the Constitutional Court that the age restriction in a provision in the Code that prohibited homosexual conduct of an adult person with a minor be lifted, resulting in a blanket prohibition of homosexuality.1 They also proposed “gender-neutral” wording in articles on extramarital sex. The Court refused to accept these proposals and referred this discussion to Parliament. Leading up to these parliamentary discussions various Islamist parties recommended publicly that homosexuality be banned. This campaign was fed by Islamist groups in the public realm, via mosques, conservative print media and in social media. The original proposals of these homophobic pressure groups have now found their way to the Commission revising the Criminal Code. A prohibition of outlawing all extramarital sexual relations has been worded in a “gender-neutral way”.

The session of the “old” parliament officially ends at the end of September 2019. In its last days it showed remarkable activity. First a bill was passed that will disempower the highly popular anti-corruption commission (KPK, Komisi Pemberantasan Korupsi, Corruption Eradication Commission). The KPK has sent a substantial number of high-profile politicians and businessmen to jail, and the national political elite decided to defang it. Also, newly-elected Vice President Ma’ruf Amin sent a letter to Parliament, urging lawmakers to conclude their deliberations on the revision of the Criminal Code, and the President agreed.

It is disastrous not only for women and religious and gender minorities, but for all Indonesians.

On September 18  the bill was finalised  and signed by the special committee consisting  of the Minister of Law and Human Rights and representatives of  political parties. It was scheduled for a final debate on 24 September. Indonesian human rights defenders were deeply disappointed with the result. This draft criminal code is “disastrous not only for women and religious and gender minorities, but for all Indonesians”, concluded Andreas Harsono from Human Rights Watch.2 Protests soon erupted, and hundreds of students beleaguered the Parliament.3 Ultimately, on Friday 20 September, the President called on Parliament to postpone deliberation of the bill till the new parliament is in session. This may however only indicate a delay, it is by no means guaranteed that the most controversial articles will be revised. 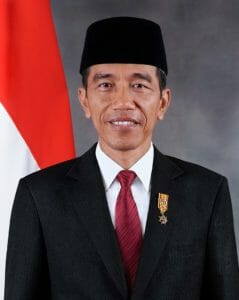 What are these controversial articles? Apart from issues that limit freedom of expression and association, such as articles related to blasphemy, insulting the president and spreading Marxist-Leninist teachings, the majority of the controversial articles are related to issues of morality, targeting women and sexual and religious minorities. This is in line with a long-standing agenda of Islamist groups which have been fighting to turn Indonesia into a Muslim theocracy. Since the mid 1980s Salafist and other conservative Muslim groups have been reaching out to students and the wider public. More recently the notorious Muslim militia FPI (Front Pembela Islam, Muslim Defenders’ Front) has fought for a NKRI Syaria, a Unitary Indonesian State based on Syaria law. Hundreds of regional regulations have been promulgated which stipulate dress codes for women, and attempt to regulate people’s sexual conduct consistent with Syaria laws.

Many of these regional regulations violate the articles on human rights enshrined in the Constitution. It is feared that with this revised Criminal Code these discriminatory regulations may now be upgraded to the national level. For article 2 of the revised Criminal Code reads that “any living law” will be upheld. As it is not further specified what is meant by this phrase and as there is no agreed list of those regulations, this article may be used to criminalize people based on patriarchal customary laws and discriminatory regional regulations.

Other articles penalize extramarital sex (with a jail term of up to one year) and living together without being married (jail term of up to six months). These articles are worded “gender-neutral” and directly affect LGBT people, as they are not allowed to marry. Couples who cannot get married because of bureaucratic or religious problems (for instance because one or both partners adhere to a religious belief that is not officially recognized) are also affected. All these articles apply to foreigners as well. 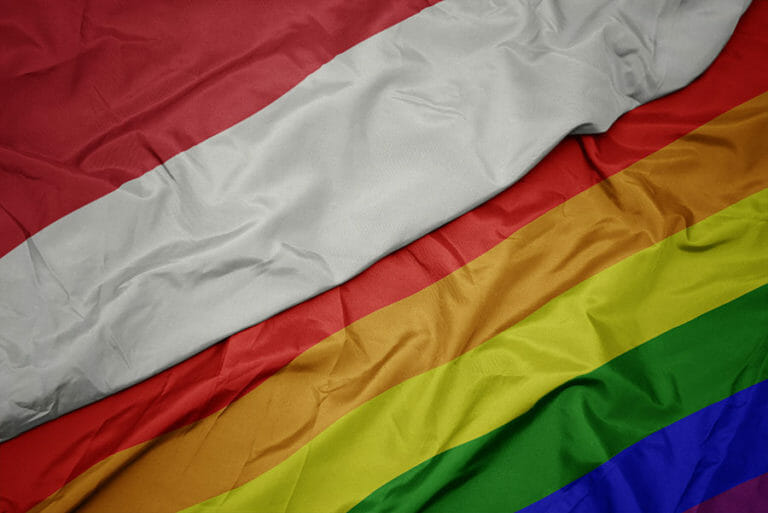 Also to be regulated are pornography (which already has a law of its own, in which LGBT people are deemed to engage in “deviant” sexual practices) and “obscene” acts in public. Extremely worrying is also the prohibition of most forms of abortion (jail term of up to 4 years)  and severe limitations put on discussions on family planning, contraception and sexual health. As the diligent lawmakers also just approved a revision of the Marriage Law, in which the legal age for women to marry is set at 19 years (same as for men), it is to be feared that sexually active girls and young women may have to pay a disproportionally heavy price, possibly leading to an even higher Maternal Mortality Rate than Indonesia already has.

Extremely worrying is also the stipulation that not only spouses and parents can denounce the behaviour prohibited in these articles, but also village heads. As a member of the drafting commission, Asrul Sani of the fundamentalist party PPP, proudly explained, we managed to include this article, as “cohabitation results in social damage. The society around the couple can be harmed. In Islam, if people commit adultery again and again, the angels do not want to visit 40 houses around the house of the couple – both in front, to the left and to the right and in the back…”4

National resistance against this draft revision may have convinced President Jokowi to postpone the final debate in Parliament. But international pressure also played a role. In xenophobic circles international expressions of disbelief that Indonesia’s democracy is suffering so many setbacks as now again in this debate are immediately played up to make it seem that the nation is in danger. The parliamentarian Muslim Ayub for instance, member of the conservative Muslim party PAN (Partai Amanat Nasional, National Mandate Party) denounced the foreign influence that, he opined, led Jokowi to postpone the deliberations. The chair of parliament , Bambang Soesatyo, denounced the primarily European countries  that pressured parliament to postpone the discussion on the prohibition of homosexuality, stating that  “…we as a Muslim country do not want our children to grow up in a lifestyle that is not in line with our religion.”5

Australia issued a travel warning, in response to what was called a “Bali sex ban”. The warning was premature as deliberations are ongoing, and it would anyway take two years before the law if passed would get into effect. But it was also timely, for Indonesia is sensitive to issues that might affect the tourism industry. Other signals came from the business world. Companies with diversity policies in place may be loath to invest in a country where their employees may be penalized for their orientation.6  President Jokowi, who is under great pressure to increase foreign investment, as Indonesia is seen not to profit as much as it should from the trade war between the US and China, may not have liked those messages.

In the meantime deliberations on a proposed and badly-needed anti-sexual violence bill are halted amidst conservative clamour on even the title of the bill. Yet, as Nursyahbani Katjasungkana argues, this bill is long overdue considering the rape culture in Indonesia.7

For now the danger is averted, and the Criminal Code may yet be revised in a way in which human rights such as freedom of expression and association are better protected. But this requires the mobilization of civil society and particularly the human rights community in a way that has not been seen since General Suharto was ousted from power in 1998. It seems more likely that the pace of Islamization of the country has only faced a temporary setback.

* Opinions expressed in this article are the author’s own and do not necessarily reflect FORSEA’s editorial stance.
Banner Image: topeng yoyoa / Shutterstock.com