NextBan in Extramarital and Gay Sex Postponed in Indonesia
FeaturedNEWSOpinion

Those who vehemently oppose the repressive – and often racist, bigoted and economically predatory states – call attention to Myanmar’s Rohingya people as the most terrorised by their own government.

As the title suggests the conference was primarily about the threats, perceived, projected or real, that governments around the world feel about rebellious groups. For the discourse of ‘insurgency” rests on the Pavlovian notion being that states, (that is, an assemblage of national organisations and ideologies designed to control population, resources and territories, under the veneer of ‘governments’) are the sole and legitimate dispenser of organised violence towards groups and communities.

Both in the old colonial or so-called post-colonial times, any community that rightly challenges, either violently or through peaceful means, are typically dismissed as “rebels” “rioters” “dacoits” “destructive elements” “insurgents”, or worse since 9/11, “terrorists”.

In spite of the fact that the overwhelming majority of post-colonial states, usually in the so-called “developing world”, are run by either outrightly authoritarian regimes with trappings of democratic institutions (as evidenced in the member states of the Association of South East Asian Nations or ASEAN) or semi – or quasi-democratic leaderships.

The idea of peacefully resisting and “talking back”- let alone waging an armed revolt – would earn the resisters the honour of being labeled “insurgents” and their anti-oppression cries “insurgent ideologies”.

Those who vehemently oppose the repressive – and often racist, bigoted and economically predatory – call attention to Myanmar’s Rohingya people as the most terrorised by their own government.

At home, the State of Myanmar led by the coalition government of Aung San Suu Kyi and the murderous Tatmadaw, or the Burmese military, subjects the Rohingya to “the on-going genocide”, as former Attorney General Mr Marzuki Darusman, the Chair of the recently completed United Nations Fact-Finding Mission, describes the Rohingya persecution.

Any Rohingya in diaspora or in refugee camps who has survived periodic waves of genocidal violence and destruction by their own Burmese state since 1978, have been suffering the double-wammy of being characterised as “traditional and non-traditional security threats” by other states, particularly in Myanmar’s Southeast Asia and South Asia neighborhoods. That is, through the racist and/or paranoid lens of these national security regimes in Asia, Rohingyas are one-step away from – if not already – embracing radical Islamicist – read “terrorist” – ideologies while serving as drug mules, agents and recruiters in sex- and human-trafficking sydicates, or simply petty thieves, rapists and robbers. 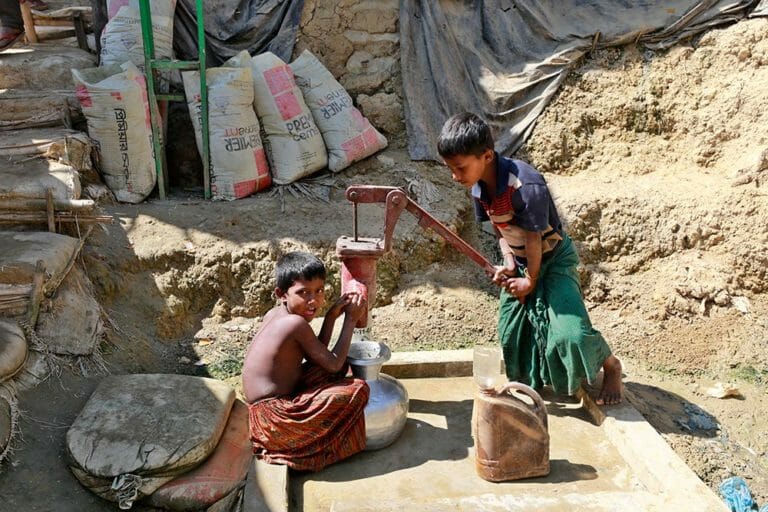 “They are forced to lead sub-human lives, with no freedom of movement, no prospect for third country resettlement, no Internet, no electricity, no proper schooling or livelihood opportunities.” Daily life of Rohingya refugees at Balukhali Camp in Cox’s Bazar, Bangladesh on February 02, 2019. Photo: Sk Hasan Ali / Shutterstock.com

Additionally, these survivors of Myanmar genocide, for instance, in Bangladesh’s refugee camps, where they are forced to lead sub-human lives, with no freedom of movement, no prospect for third country resettlement, no Internet, no electricity, no proper schooling or livelihood opportunities are seen as “destroyers of the natural environment” and the contagious disease carriers, and hence, a great public health risk to the host Bengali society. Alas, refugee bodies are non-traditional threats, if they are not yet blowing themselves up!

I heard with my own ears from the co-panelist, a known Hindu nationalist, spitting out utter nonsense about the murderous Rohingyas in Western Myanmar, citing the Amnesty International’s highly discredited report.

To most people’s dismay, the Bangladesh High Commissioner to India had a final word – one million Rohingyas in Bangladesh are going to radicalise and pose a grave threat to his country and the wider Asian region – speaking as the first-day’s closing keynoter.

Post- Holocaust, the world we live in has morphed from the one that has commonly elevated the moral stature of the Jewish survivors of the Nazi genocide into the one which has long emptied out the anti-genocide rallying cry – Never again! – while further demonising and preemptively criminalising the survivors of Myanmar’s genocide.

Human rights activists and democrats across Southeast Asia who have generally been by-standing while Myanmar commits a full-blown genocide ought to step up to their plate and ensure that the victims are not doubly-persecuted. 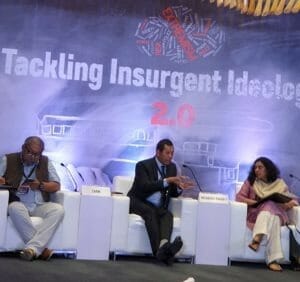