The resistance to tyranny must always understand that many of their allies, many of their partisans, many of their heroes may wear the uniform of their enemies. Their help and cooperation must be cultivated and cherished. They collectively represent a good karma-seeking, though clandestine, movement for Myanmar’s freedom.

Soldiers in the Burmese military forces (Tatmadaw) face an agonizing dilemma. Most of them know that the generals who staged coup have betrayed both the Burmese people and its democratic future. They know that the atrocities and repression the ethnic minorities have suffered for more than a half century is now being experienced by civilians in the Burman heartland. If they follow orders to kill, rob and torture peaceful civilians, then they, too, are complicit in the daily crimes the generals are committing against both their own people and against the obligation of the army to defend its people and free institutions.

What to do? Some brave soldiers have defected to the democratic opposition to military dictatorship; the Civil Disobedience Movement (CDM) and to various Peoples Defense Forces (PDF). Over one thousand military personals have joined CDM according to CDM groups. The National Unity Government and Chin National Front have both been promoting such path by offering financial reward and safe zones to soldiers who joined CDM. Their acts follow what most Burmese parents have taught them: to be good citizens and to avoid cultivating bad karma for their next lives. For them, it is a moral act not to carry out the orders of top military leaders to arrest, torture, and murder very public they pledged to protect and serve when they enlisted to be soldiers of the military.

Some have gone into hiding; some have fled to third countries. These are patriotic acts of refusal to participate in crimes against the people. They are not, as the generals would have it, acts of desertion but rather heroic decisions to remain faithful to a free people and to the sanctity of democratic choice.

There are two ways to avoid collecting bad karma in the military. First is, whenever possible, to flee from the military posts and join Civil Disobedience Movement. The second is to find ways to delay or stop military’s leaders’ campaign to unjustly arrest, torture, and murder civilians. Stopping or minimizing military leaders’ campaign of destruction of life and property is not only moral act in itself but it is also a moral act to not let the military leaders further commit unnecessary destruction and killing of civilians. Deterring someone’s bad deed under calculus of karma is helping that person. As many Burmese now frame it, getting rid of the military dictatorship is dharma vs. adharma or just vs. unjust. Thus, taking away weapons from mad men who are about to commit atrocities at different scale not only helps the targeted but also helps those who would commit such heinous acts.

But for many, these choices seem too dangerous. Deserting soldiers might be detected, denounced and then imprisoned or murdered. They have families whose lives and livelihoods will be ruined, brothers or parents also in the military who will be punished. They have families who fear that the education, health care, pensions, property, and standard of living guaranteed to them in the insulated world of the armed forces would leave them destitute and helpless. They dare not take the risk.

Is there anything at all that they can do to avoid being complicit in the violence and repression of their fellow citizens. Is there a way for those who feel trapped in the military to avoid cultivating bad Karma for themselves? Yes, there is! It is to practice a quiet, undeclared, and safer resistance while remaining in uniform. Such resistance has been practiced throughout history whenever ordinary soldiers have found themselves torn between their conscience and their fear of punishment or death, whenever they have found themselves torn between their obligation to their families and their sense of duty to their nation’s citizens. It might be called clandestine, patriotic resistance. It is aimed at avoiding as much violence as possible and impeding, in hundreds of small ways, military plunder, and repression.

Such small acts, seemingly trivial in themselves, can and have added up over time to become something of a vast by quiet social movement that weakens, by a thousand cuts, the viciousness of the repression. It may take thousands of forms: deliberately aiming weapons so as to miss hitting protestors; misreading the address or taking the wrong route for an arrest, arriving late for an operation, so the intended victims have a chance to flee, feigning illness, disabling weapons and vehicles, not taking part in military robberies and arson, purposely misunderstanding orders in ways that minimize repression, providing misleading intelligence to save lives, delaying taking calls from their superiors, delaying the response, and so on ad infinitum. In the delta region of South Vietnam for example, there was little bloodshed between the South Vietnamese government troops and the Viet Cong. It is said that they devised a tacit truce: whenever government troops were ordered to conduct an offensive, they made sure the Vet Cong knew in advance so they could temporarily withdraw. In return, the Viet Cong did not directly attack the provincial towns where the government troops were stationed. Peace had been, de facto, declared while a civil war continued on paper.

In life, it is rare to have opportunities to be rewarded and morally respected publicly for misperforming professional responsibilities and duties. For true patriots in Myanmar military, this rare opportunity presents them not only to save their lives but also to save the lives of others while helping their bosses commit fewer bad-karma ridden deeds.

The resistance to tyranny must always understand that many of their allies, many of their partisans, many of their heroes may wear the uniform of their enemies. Their help and cooperation must be cultivated and cherished. They collectively represent a good karma-seeking, though clandestine, movement for Myanmar’s freedom. 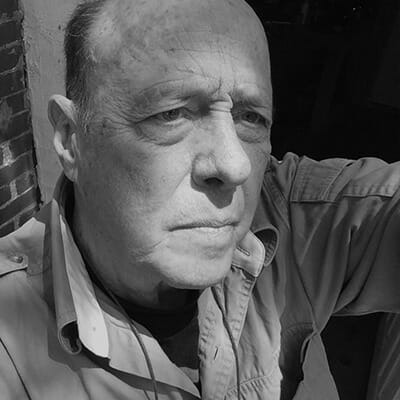 James Scott is Sterling Professor Emeritus of Political Science and Professor of Anthropology. For many years, he serves as director of the Agrarian Studies Program. He is a Fellow of the American Academy of Arts and Sciences, has held grants from the National Science Foundation, the National Endowment for the Humanities, and the Guggenheim Foundation, and has been a fellow at the Center for Advanced Study in the Behavioral Science, Science, Technology and Society Program at M.I.T., and the Institute for Advanced Study, Princeton. 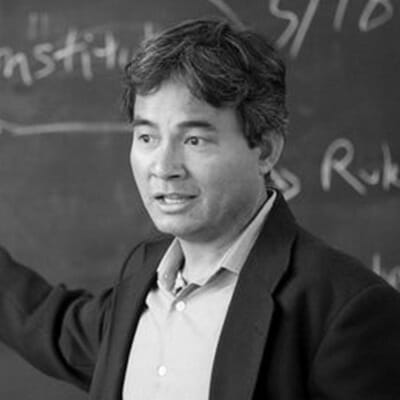 Tun Myint, Chair of Political Science, Carleton University. Professor Myint earned his PhD in 2005 from the joint program of the School of Public and Environmental Affairs and the School of Law at Indiana University, Bloomington. He was a postdoctoral research fellow at The Vincent and Elinor Ostrom Workshop in Political Theory and Policy Analysis at IU, teaching and engaging in research on democracy and environmental governance with a regional focus on Southeast Asia. His research examines the role of individuals and groups in the dynamic relationship between social changes and global environmental changes with the focus on democracy, development, globalization, and sustainability.  His publications have appeared in Ecology & Society, Indiana Journal of Global Legal Studies, Legal Issues in Burma Journal, and Perspectives on Politics.  He is the author of Governing International Rivers: Polycentric Politics in the Mekong and the Rhine.  Professor Myint served as a member of the Technical Advisory Team of the Federal Constitution Drafting Coordinating Committee of the Union of Burma from 2000 to 2005, and was previously Research Fellow of Asia Policy Program, a joint program of the National Bureau of Research and Woodrow Wilson Center for International Scholars.