ICJ, UN’s court, owes an explanation and transparency behind its dubious decision to allow the murderous regime of Myanmar to act as if it were a state actor in effective control of the state in the Gambia vs Myanmar.

FORSEA Dialogue Series on Democratic Struggles Across Asia hosted the 1st of the two international law roundtables, with three distinguished guests from the University of Cincinnati College of Law, the University of Ottawa and the Genocide Watch.

The focus of the roundtable was on the highly contested issue of the legitimacy of Myanmar’s coup regime as acting as human representatives of “a state party” in the case of The Gambia vs Myanmar – or Rohingya genocide case – where the regime has lost effective control of Myanmar, as a member state of the United Nations, and populations across different regions.

The experts agreed that the ICJ as the principal judicial body of the United Nations cannot behave as if it were a stand-alone entity that can act independent of other important organs of the UN such as the General Assembly and its Credential Committee, which have since the coup a year ago have rejected the attempts by Myanmar’s mass-murderous military regime to seat itself at the UN as the true representation of Myanmar as a member state. 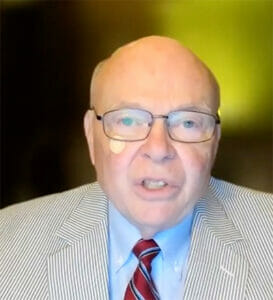 “The problem with requiring only one intent for an act or policy of a state is that it does not correspond to the reality of human intentionality in the acts of any individual or state. A sole intent requirement is not a requirement in any criminal law system or civil case. A requirement that an act be proven to have only one intent would make criminal convictions impossible.

If someone shoots a gun and kills another person, he/she could not be convicted of murder if he or she also had another intent, such as robbery or revenge.

To hold that the intent to destroy a group must be the only intent that can reasonably be drawn from the acts of a state ignores the fact that destruction of part of a group is often inflicted to terrorize members of a group into forced displacement, what the ICJ lamentably calls “ethnic cleansing.” [“Ethnic cleansing” is not outlawed by any international treaty.] Acts by individuals or states always contain a multiplicity of intents. The ICJ was simply wrong that genocide and “ethnic cleansing” are mutually exclusive, and that genocidal destruction must be proven to be the only intent of a state’s policies.

Under the Genocide Convention, destruction of a group does not only occur through direct killing of members of the group (Article 2(a) of the Convention), but also by deliberately inflicting on the group conditions of life calculated to bring about its physical destruction (Article 2(c)).

In line with the UN Independent Fact-Finding Mission on Myanmar, four of the five prohibited acts contained in Article 2 of the Genocide Convention are present in the Rohingya case: (a) killing; (b) causing serious bodily or mental harm; (c) inflicting conditions of life calculated to bring about the physical destruction of the group in whole or in part; and (d) imposing measures intended to prevent births.

The critical element of the crime of genocide is intent. The manner in which Myanmar’s crimes against the Rohingya were perpetrated is chillingly similar in severity, nature, and scope to the genocides perpetrated against Jews, Armenians, Tutsis, Bengalis, Bosnians, and Darfuris. Some of the factors that indicate intent include state-supported hate rhetoric, a long history of persecution, statements by Army commanders, extreme brutality, discriminatory and exclusionary policies, and mass rape.

The Fact-Finding Mission on Myanmar stated that “Having given careful consideration to other possible inferences regarding intent, the mission considers that these can be discounted as unreasonable. In this regard, it recalls the statement made by the Tatmadaw Commander-in-Chief that the ‘clearance operations’ were not a response to a concrete threat from ARSA, but to the ‘unfinished job’ of solving the ‘long-standing’ ‘Bengali problem.’”7