I am making an open appeal to your better self – both as a fellow Myanmar and a Buddhist – to reconsider your decision to proceed with the execution, by hanging, of 4 Myanmar activists who actively opposed your coup and were tried and found guilty under the country’s Anti-Terrorism Act.

The only worthy example to set, I think, is that you demonstrate that you are the military leader who has the strength of character and moral and intellectual capacity to want to end Myanmar’s vicious cycle of inter-generational violence into which we were all born. 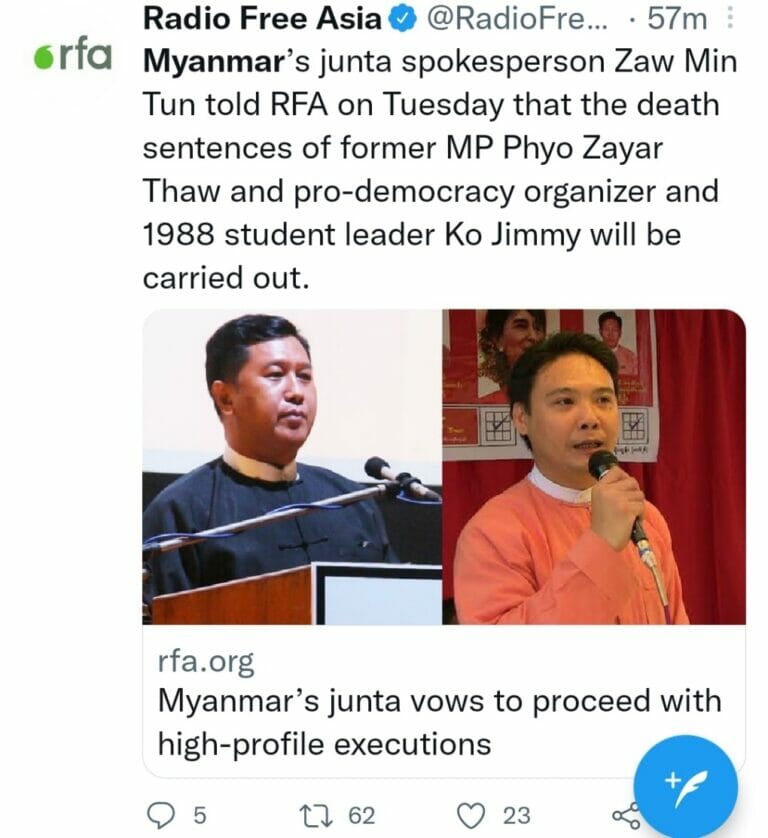 I am making an open appeal to your better self – both as a fellow Myanmar and a Buddhist – to reconsider your decision to proceed with the execution, by hanging, of 4 Myanmar activists – Ko Kyaw Min Yo (aka) Ko Jimmy), Ko Pyo ZeyarThaw, Ko Hla Myo Aung, and Ko Aung Thura Zaw – who actively opposed your coup and were tried and found guilty under the country’s Anti-Terrorism Act.

Proceeding with the executions – widely reported and globally denounced – will gain you nothing, politically, strategically, psychologically or karmatically (in your capacity as a Buddhist.) Your reported refusal to grant their alleged appeals is not strategic for the military as an institution. Neither does it advance your own ambition of becoming the next legitimately elected president in accord with the military’s Constitution of 2008.

I am acutely aware that your military administration cares less about international standards for fair trails, military tribunals or civilian courts and the Universal Declaration of Human Rights to which every human is automatically entitled.

However, even if you are fully intent on making an example of the 4 condemned Myanmar men, this move would not frighten away Myanmar men or women from opposing your regime. What then is the point of taking the precious lives of 4 fellow Myanmar people?

I was only a teenager when General Ne Win, then Chairman of the Burma Socialist Programme Party (BSPP), greenlighted the hanging of two dissidents – namely Salai Tin Maung Oo who was a Chin minority student who led the protests during the so-called U Thant Uprising in 1975 and Captain Ohn Kyaw Myint, a former Special Force commando and Personal Staff Officer (PSO) to the then Deputy-Commander-in-Chief (Army) General Kyaw Htin.

With their heads unbowed, they walked to their gallows in Insein Prison in Yangon.

The late Captain, as you know, was the ring leader who plotted, with fellow dissident officers including then Commander-in-Chief General Tin Oo’s Aide-de-camp Captain Thant Zin Myaing (Defence Services Academy In-Take-11) and Colonel Hla Pe, the Regional Commander of Northern Command in Myitkyina, the assassination of General Ne Win and top-5 leaders of the economically disastrous and politically repressive BSPP dictatorship.

To date, Captain Ohn Kyaw Myint remains an honourable example of principled patriot who tried to do the right thing for the greater good of the country, in the eyes of millions who know his heroic death at the hands of the corrupt, inept and brutal dictatorship of General Ne Win. 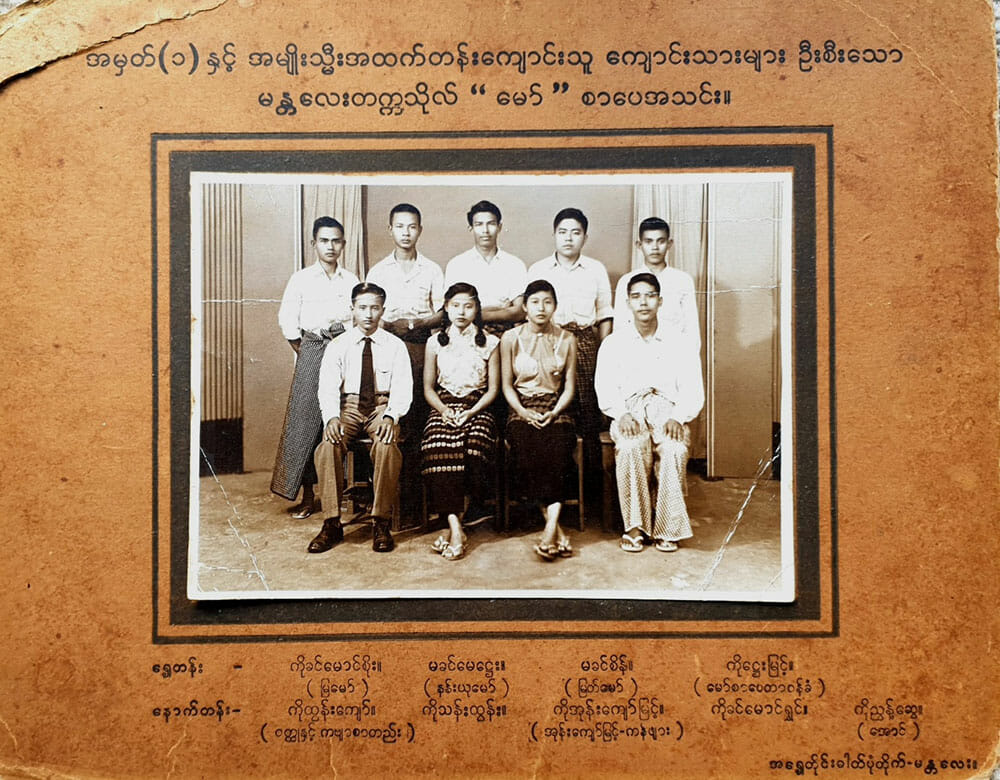 As a matter of fact, as a boy, I met the 1976 coup leader. My late mother and him co-founded Maw Literary Club of poets and writers at Mandalay University in the early 1960’s, a year before he left academic studies to join the Officers’ Training School. My parents would tell me, “Ko Ohn Kyaw Myint played with you when you were just a little boy.” I remember the tall gentleman who came on the back of a motorcycle which his fellow officer rode. When I was a teenager I was made aware of the fact that he was hang in Insein Prison for his leading role in the abortive coup. And one of the proudest memories in my life of 58 years was that he came to visit our home in Mandalay when I was a young boy.

That memory of a patriotic solder who paid with his life to try to right the wrongs of General Ne Win’s murderous dictatorship is one of the sources of inspirations and strengths for my 34-years of non-stop activism for a Free Myanmar. To date, Captain Ohn Kyaw Myint remains a guiding light for me.

The late General Ne Win was obviously mistaken if he calculated that executing a dissident officer would scare the rest of the officer corps from rising up. The sharp rise in the number of military officers – especially the younger generation officers from different branches of the military – who have joined the Civil Disobedience Movement speaks volumes.

I do not know any of 4-condemned activists personally. I only briefly met Ko Phyo Zayar Thaw, a hip hop musician and an NLD MP, when he accompanied your former partner in power – Daw Aung San Suu Kyi on her first visit to England in 2012, after 20+ years of absence. I do not know the rest personally, nor do I have any affiliation or ties with either the NLD or the anti-coup National Unity Government, or Committee Representing People’s Parliament.

I am making this appeal in my individual capacity, particularly as a Myanmar who had genuinely and publicly advocated for the compromise and reconciliation with the Tatmadaw leadership, even at a time when no one, who supported the NLD and Daw Suu’s leadership, would touch the military with a long pole. My allegiance is to the people at large, not to any organization or party, military or civilian.

The broader issue beyond the reportedly imminent hangings here is the following:

There will be neither peace nor economic development nor business and political stability in our shared country of birth, as long as the national armed forces continues to be at perpetual or chronic war with the very people which it swears to protect.

When I ended my exile in USA for 17 years and returned to Myanmar in October 2005, I told the then head of the military intelligence services, Lt. General Myint Swe, that 50-years of successive military governments (since 1962 coup) have brought the country to its ruinous, war-torn path and that we as Myanmar patriots must work together so that our people could have a peaceful future. 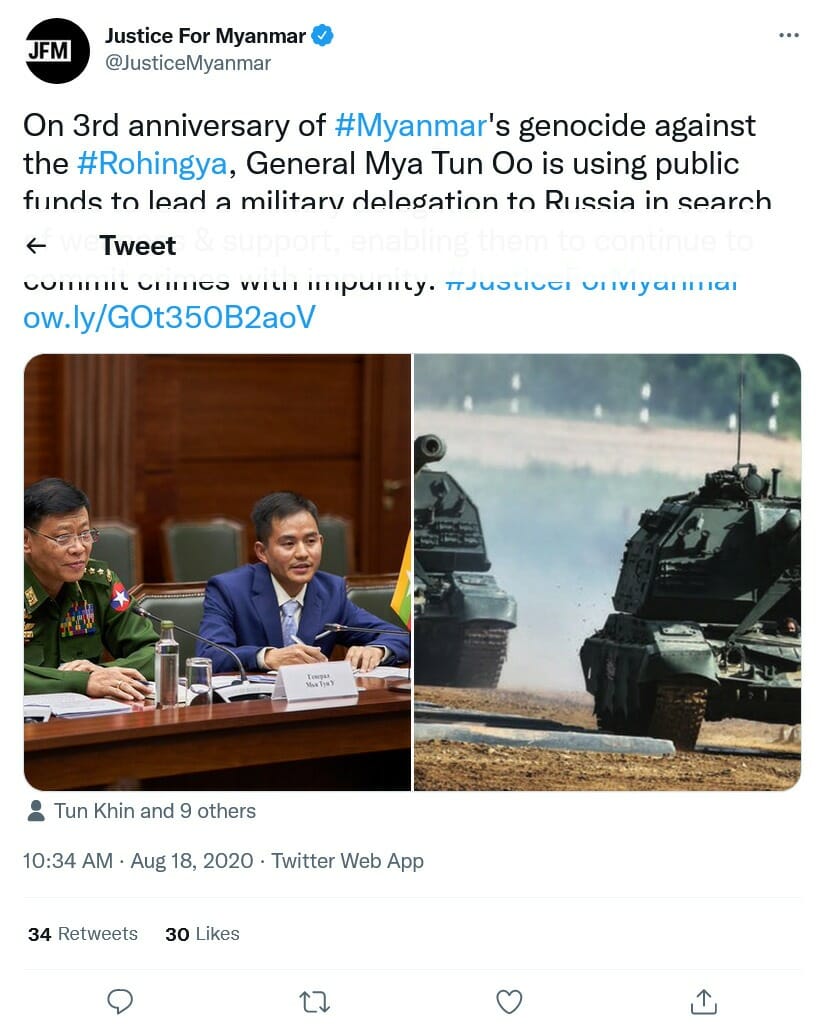 You can verify my words with your Defense Minister General Mya Tun Oo. Then officiating colonel, he was in attendance as the notetaker in my one-on-one meeting with his then boss Lt.Gen. Myint Swe.

Yes, the Gen. Myint Swe, who officially signed the transfer of power to you as part of your coup, purportedly in accord with 2008 Constitution.

A word about my own “credentials” of patriotism is in order.

I had supported Daw Aung San Suu Kyi’s leadership for 15 years since she emerged as the popular leader of the democratic opposition. After the Depayin massacres in May 2003, I was officially tasked to seek “material support” from whoever was prepared to offer – arms, that is – by the late Karen National Union (KNU) leader General Saw Bo Mya, acting as Chair of the Mae Sot-based National Council of the Union of Burma. Subsequently, I had also accepted then Prime Minister and General Khin Nyunt’s overture to cooperate in the face of the shifting geopolitical situation which came to threaten our broader security – and sovereignty – as a nation sandwiched between two Asian giants of China and India, and a subject of strategic interest to the United States.

I also blew the genocide whistle when our country – not just the Tatmadaw and the NLD but also the Burmese people as a whole – was about to tarnish its own image and get recorded in history as another racist, genocidal nation – like Nazi-Germany.

Patriotism is deeds guided by a clear conscience, and concern for one’s own people. I have openly denounced national leaders, civilian or military, democrats or dictators, when I think it’s morally important to voice one’s opinion truthfully.

The 4 condemned fellow Myanmar are, in my considered opinion, patriots who have risked their lives to do what they think is necessary for their mission of serving the people. 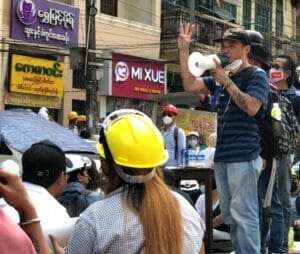 Ko Kyaw Min Yu and Ko Phyo Zayar Thaw had previously spent time behind bars for answering the call of their conscience as peaceful protesters. The other two – Ko Hla Myo Aung, and Ko Aung Thura Zaw – were allegedly involved in the assassination of a teacher suspected of informing on the dissidents. They have merely answered the call of their conscience, whether the call is about organizing armed resistance against the national military that violently ousted the twice-democratically elected NLD government, seeking weapons, or protesting peacefully or killing an alleged informer for the repressive apparatus.

In the name of serving, defending and protecting Myanmar, successive military governments since 1962 have committed numerous acts that will be considered “terroristic”, in violation of any national military’s rules of engagement, Tatmadaw’s own code of conduct, the Geneva Conventions governing treatment of civilians in armed conflicts, and ultimately the Universal Declaration of Human Rights.

I urge you to drop the execution orders.

As a nation in deep conflict for over 70-years, we must end this cycle of violence, counter-violence, killings and counter-killings. We are squandering our most precious human resources when young men and women, military and civilian, are compelled to slaughter one another.

The only worthy example I think in this situation is that you demonstrate that you are the military leader who has the strength of character and moral and intellectual capacity to want to end this vicious cycle of inter-generational violence into which we were all born. 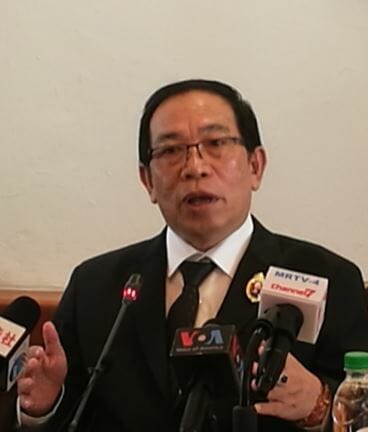 Only a year ago, amidst the Tatmadaw’s killings of peaceful anti-coup protesters – by the hundreds, General Yawd Serk, the leader of the Shan State Restoration Council, called you and Myanmar commanders “terrorists”, and openly backed the mush-rooming armed resistance groups across the country.

In his words: “the Tatmadaw (Myanmar military) is waging war against its own people – they have shown their true colours: they are the terrorists.

“The ethnic armed groups and the protesters now have a common enemy and we need to join hands and hurt those that are hurting the people.”

You invited him to “a peace meeting” in Naypyidaw after having conferred on him one of the state’s highest civilian honours – Wunna Kyaw Htin along with other veteran armed resistance leaders most of whom attempted to overthrow Myanmar military rule.

In the cases of 4-condemned fellow Myanmar patriots you should, at the very least, commute their death sentences.

Drop the execution. For future reconciliation. For peace. For your own Karma.