Thai and Myanmar Militaries: Both Locked their Nations into Cycles of Nation-Destroying Coups

In their one-hour discussion, Pavin Chachavalpongpun and Maung Zarni, the Thai and Burmese exiles who co-founded FORSEA, draw lessons from the two countries’ vicious cycles of military coups – going back almost a century, in the case of the Kingdom of Thailand and six-decades in the case of post-colonial Myanmar.

In their one-hour YouTube LIVE discussion which took place on February 4, 2021, Pavin Chachavalpongpun and Maung Zarni, the Thai and Burmese exiles who co-founded FORSEA, a grassroots Southeast Asian network of scholars and activists fighting for human rights and democracy across national boundaries, drew lessons from the two countries’ vicious cycles of military coups – going back almost a century, in the case of the Kingdom of Thailand and six-decades in the case of post-colonial Myanmar. 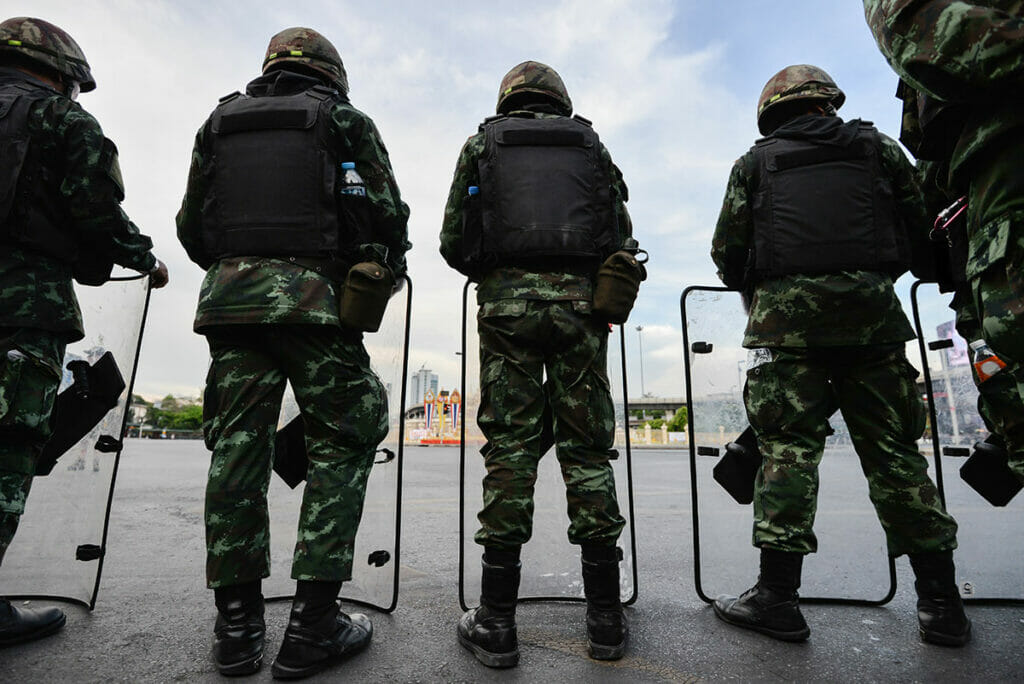 Kyoto-based Thai academic and dissident Pavin gave a brief and critical overview of the now-firmly established symbiosis between the palace and the Royal Thai Armed Forces – with the encouragement and backing from the United States starting in the early days of the Cold War.

The US Containment Strategy viewed the anti-Communist monarchy as an ideological defence to stem the tide of rising progressive ideologies unleashed across the formerly European-colonised Southeast Asia.

Spurred by a growing economy while benefitting from the neighbours’ civil war in the then Burma and the American War in Indochina, the national bourgeois class – “the middle class” – thrived and joined this palace-military alliance. The three constituencies shared the rich spoils while the rural populations and the working poor in the handful of urban cities, most particularly Bangkok, remained marginalized – without representation in this power-wealth nexus in Bangkok-based parliamentary democracy.

This symbiotic arrangement in Bangkok, or “the network monarchy”, came to be seriously threatened with the emergence of the telecom-tycoon Thaksin from Chiang Mai who injected populism in Thai electoral politics, capturing the imagination of – and equally important – massive votes, from the hitherto disenfranchised populations of “country bumpkins” and incentivizing with concrete social welfarist policies and new-found political voice in Bangkok through Thaksin and the Thai-Love-Thai party.

In due course, the new electoral alliance proved too much for the Thai Establishment, particularly the palace and the Thai Royal Armed Forces as Thaksin and associates established a chokehold on the electoral politics of Thailand. The rest is history as they say. 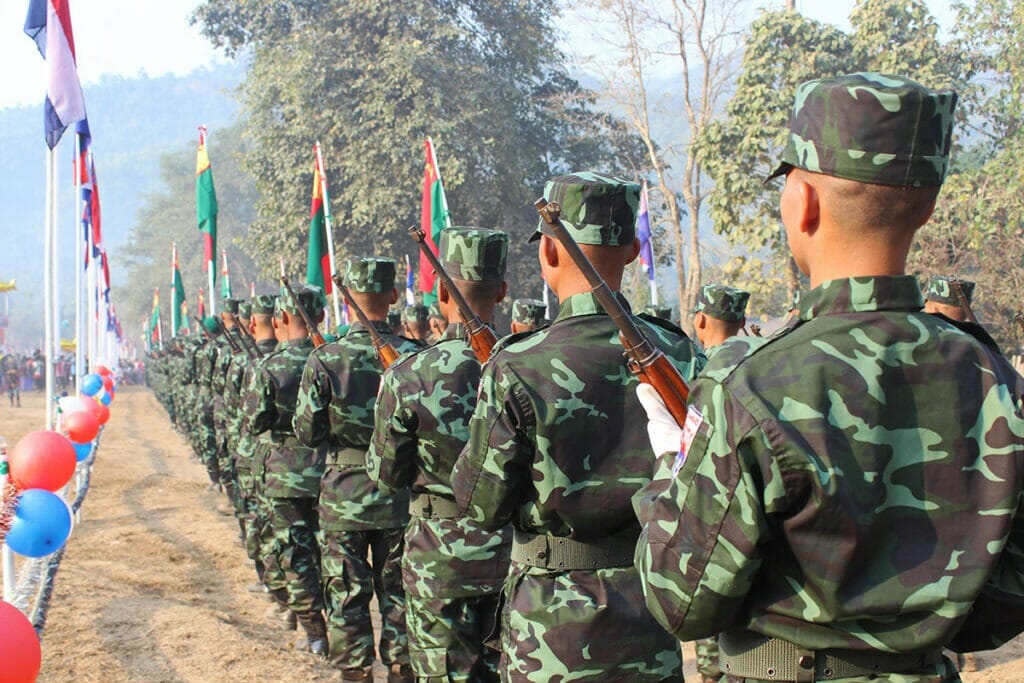 On his part, the Burmese activist Maung Zarni saw a distinct parallel between Aung San Suu Kyi’s unassailable popularity at home and Thaksin circles’ grip on the Thai electoral politics. Since the largely military-sponsored multiparty elections in 1990, Suu Kyi and NLD have without fail won only landslide victories. Worryingly for the Burmese military, her NLD won a crushing win over the Burmese military’s political proxy Union Solidarity and Development Party, having almost put the ex-generals’ party out of existence.

The plain fact is this: onto Ms Suu Kyi, the Burmese electorate have long transferred their reverence, love and confidence in her martyred father, the founding commander of the Burmese military. Over the years, in significant part because of the military regimes’ relentless persecution of Aung San’s daughter, the latter’s popularity has grown only greater. In the eyes of the majoritarian Buddhist Burmese electorate, the woman (now 75) they call adoringly Mother Suu can do no wrong, despite what the world thinks of her moral failings regarding her complicity in the military’s genocide against Muslim Rohingyas, or other political strategic failings at home.

The Network Monarchy in Thailand and the Burmese military across its border rudely awoke to the unwelcome and threatening reality – that they cannot play electoral politics, without resorting to violence, coups or other extra-judicial dirty tricks.

The unbeatable popularity of these two national figures Thaksin and Suu Kyi – whatever their shortcomings and differences – triggered their own demise: no power tolerates existential threat. Thai and Burmese military and alliances are no exceptions.

The other bad news for the Thai and Burmese democrats is the two neighbouring Buddhist, military-controlled states have formed close ties, freeing themselves of their historical animosities. This is in line with the general trend among the largely autocratic, politically repressive and economically predatory states that form the Association of Southeast Asian Nations (ASEAN), the regional 10-member bloc of states.

Maung Zarni pointed out that the militaries in Thailand and Myanmar are not honourable national defence organisations, organs of the state, with a narrow and technical mission of defending the nations. There are no external enemies or threats. They only use their might against their own national communities who demand greater civil and political rights as well as human rights, and better governance. Unlike armed forces in more democratic countries, Thai and Burmese militaries control the lion’s share of national economies, which in his view render them large-scaled legalized mafia networks, operating under the false veneer of patriotism and nationalisms.   Patriots do not harm their own people or the future of their own citizens whereas the coup-making Burmese and Thai militaries harm lives, liberty and stability of their respective societies.

Both the Burmese and Thai co-founders of FORSEA urged the formation of genuine solidarity ties, strategic collaborations and moral alliances among the wretched of Southeast Asia.  In the words of Pavin, “these (repressive) military-states form close ties, therefore, why can’t we as the oppressed people do the same (across national boundaries, different faiths, and identities)?