NextRoundup of the FORSEA Launch: A FLICKER OF LIGHT IN SOUTHEAST ASIA
FeaturedNEWSOpinion

THE DISSOLUTION of the THAI RAKSA CHART PARTY

Just weeks before the general elections in Thailand, the judicial coup is taking place. 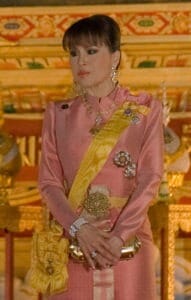 Earlier, the Thai Election Commission asked the Constitutional Court to dissolve the party after its nomination of Princess Ubolratana described as “antagonistic toward the constitutional monarchy”. The princess relinquished her royal titles in 1972 but is still officially treated as a senior member of the royal family, which is highly revered in Thailand, and protected by the draconian lèse-majesté law. However, within hours of Ubolratana’s nomination, King Vajiralongkorn, 66, deemed her candidacy “inappropriate”, effectively ending her brief political career. The king said in a royal communiqué on 8 February, “Involvement of a high-ranking member of the royal family in politics, in any way, is against the nation’s traditions, customs and culture and is therefore considered improper and highly inappropriate”.

The judgment of the Constitutional Court is also interpreted as antagonistic toward the principle of democracy. The disruption of the Thai Raksa Chart Party savagely culls basic political rights and freedoms. The United Nations has published guidelines on the “Prohibition and Dissolution of Political Parties and Analogous Measures”, except in the event that such political parties incite violence as a means to overthrow a democratic system. The judgment of the Constitutional Court underlines the Thai authorities’ abuse of judicial power to restrict the peaceful association and expression of the political opposition. The Constitutional Court is not a friend of the people and democracy, but their enemy. 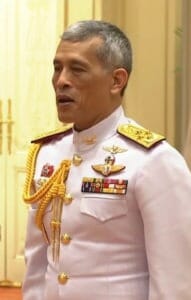 The TRC is known to be associated with former prime minister Thaksin Shinawatra. Thaksin’s weight is also behind another party, the once ruling Pheu Thai Party. The dissolution of the TRC will affect the Pheu Thai party, undoubtedly. This is because the Pheu Thai is not fielding candidates in all constituencies and the TRC was expected to help fill that gap, part of a strategy to maximise votes for Thaksin’s allies.

Members of the defunct party now plan to encourage supporters to use the “vote no” option in ballots, which would require a rerun of polling in constituencies where the “no” option is the most popular. The Pheu Thai could then field candidates in those areas.

Thaksin or his supporters have won every election since 2001 only to be unseated either by force or the courts, part of a long tussle for power with the military and royalist elite. Thailand’s general election is due on 24 March after almost five years of military rule, with junta leader and former army chief Prayut Chan-o-cha seeking to return as premier.

Defending the Interests of the Elites

Should the pro-democracy forces win the elections, it would be a perilous situation running the country. Should they be able to run and prove to be politically strong, a coup would be possible. The end game is for the military to defend the interests of the elites. The elections, this time, are extremely crucial because Thailand has long been under the military rule. The last elections were held in 2011. They are also crucial because they will be the first under the new reign of Vajiralongkorn, the result of which will determine what kind of politics is desired by the king.