Jokowi was accused of being a crypto communist. Prabowo of harbouring the wish to establish a caliphate. Thus the election results can be seen as an indication of how the nation defines its soul.

On April 17 2019 Indonesia held presidential and legislative elections. It was a massive operation, with 800,000 polling stations to cater to 194 million potential voters. Enthusiastic voters as it transpired, for the turnout was over 80%. This, notwithstanding a campaign that was hit by floods, cyber attacks, hoaxes, allegations of fraud and intimidation as well as an earthquake. The National Elections Committee had done an admirable job in reaching out to the most remote locations of the vast archipelago. It had also steered the lengthy and at times raucous campaign to a safe end: no major violence had occurred. The results of the various quick counts came out that same day. The major ones pointed to the incumbent, Mr Joko Widodo, usually called Jokowi, as the winner with 54-55% of the votes. This count is generally accepted, and his supporters celebrated his victory, while several world leaders congratulated him right away.

According to these same counts, his challenger, Mr Prabowo Subianto, a retired general, gained around 45%. But this is not what Prabowo himself understood to be the outcome. So far he has already declared himself the winner four times, in mass prayers and press conferences. Just as the election itself is a rematch of the previous one, in 2014, with the same candidates, the final game echoes the finale of the 2014 campaign. In a post-election BBC interview in 2014, Prabowo claimed that 16 polling companies put him in the lead, with 63% of the vote. He dismissed the companies that proclaimed Jokowi to have won the most votes as commercial enterprises, part of the campaign team of the incumbent. So both times the former general declared victory. In 2014 he eventually peacefully conceded defeat. Will this be the case this time as well? In several places, such as the island of Madura, Prabowo, backers already took to the streets to celebrate their champion’s triumph. The official outcome is only expected in a few weeks’ time.

A Call for Calm but Unrest Cannot be Ruled Out

Fortunately both candidates as well as other political leaders have called for calm, afraid that violence may yet erupt. Though Indonesia has a bloody past, with a genocide organised by its second President, Suharto, General Prabowo’s father in law, between late 1965-1967, electoral violence is not common. Both candidates proclaimed to accept the final count of the National Elections Committee, provided, Prabowo added, it is fair. As all major parties have election observers in place, and it is indeed hoped that both candidates declare the final outcome fair. Yet the former general has consistently complained of massive election fraud, consisting of misleading media coverage, biased polls, character defamation and intimidation of his followers. Both candidates have large followings of militias and aggressive youth, so unrest when the final results are announced cannot be ruled out. 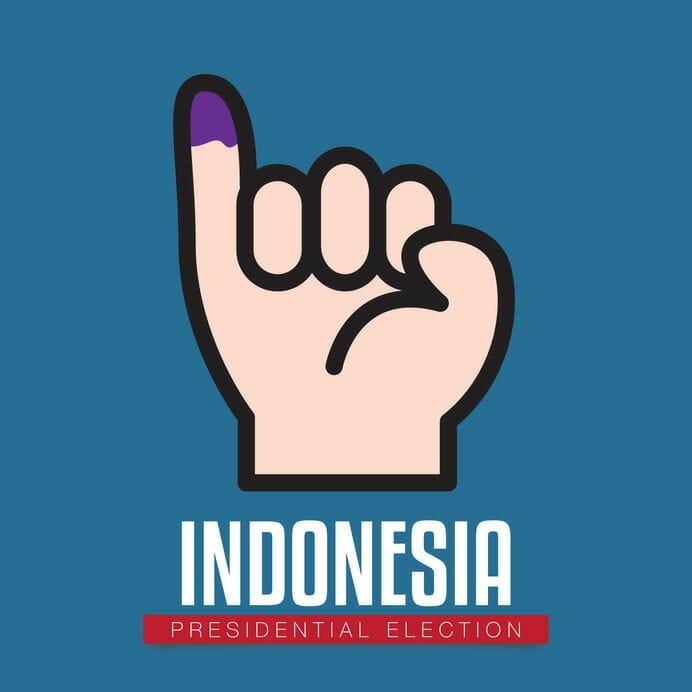 But for now, what can we learn from the campaign and the provisional results? As expected the party that supported Jokowi, the PDI-P, remained the largest, but with less than 20% of the votes it didn’t gain as many seats in national parliament as party leaders had hoped for. Prabowo’s own Gerindra party came out second, with 13% of the votes, just trumping Golkar, the political machinery of erstwhile dictator Suharto. The moderate Muslim party PKB retained its number of seats (just over 9%), but surprisingly the Islamist party PKS jumped to 10%, becoming the largest Muslim party in Parliament. Most pre-election polls predicted it might not make the parliamentary threshold. Two other conservative Muslim parties with a total of some 12 % of the votes also remained in Parliament. Several newcomers such as the progressive party PSI did not make the parliamentary threshold of 4% (but the PSI did better in the regional council of Jakarta). Thus the conservative Muslim parties, headed by PKS, did much better than the pre-election polls expected, while the moderate PKB could not profit from their expected decline.

With the fundamentalist PKS at his side and Prabowo himself as the leader of the second largest party in Parliament he is thus in a strong negotiation position. When looking at the division of influence of both candidates it is clear that Prabowo wields considerable power. Jokowi won mainly in the Javanese heartland, the most populous part of the country, in Hindu-dominated Bali and in some Christian-dominated pockets of the country. Prabowo however won most votes in regions that have been the scene of dissent with the Javanese-controlled seat of power. In West Java the murderous Darul Islam movement created havoc in the 1950s (and proclaimed an Islamic state), while in West Sumatera and in parts of Sulawesi a civil war raged in the late 1950s and the early 1960s. It is no coincidence that Prabowo’s father, the brilliant economist Sumitro Djojohadikusumo, played an important role in both the secessionist movements and in the Suharto dictatorship. Centrifugal tendencies, fuelled by control over trade and access to resources have always been strong in this archipelago. After all it was cobbled together during the colonial period with much violence and only uneasily integrated during the war of liberation from The Netherlands. The charisma of the country’s first President, Sukarno, and the iron fist of his successor, Suharto held the country together until 1998, after which a hasty process of regional autonomy prevented a possible disintegration. Regional autonomy seems to work well, but the old fault lines are still noticeable as has become evident in this election.

Jokowi was accused of being a crypto communist. Prabowo of harbouring the wish to establish a caliphate. Thus the election results can be seen as an indication of how the nation defines its soul.

What the outcome means for the economic and social policies in the country is unclear. Economic and social issues hardly featured in the campaign, with both candidates squabbling over details without outlining clear visions (other than proclaiming themselves against corruption and for a clean government, caveats that have long been called for, so far in vain). Instead both sides defamed the character of the other candidate. Jokowi was accused of being a crypto communist. Prabowo of harbouring the wish to establish a caliphate. Thus the election results can be seen as an indication of how the nation defines its soul. There is clearly no majority as yet for a Sharia-based country, as some Islamist groups propose (but not Prabowo himself). But it is also clear that the country as a whole has moved far to the right. This is evident in Jokowi’s campaign, who totally ignored human rights issues which featured in the 2014 campaign and who relied on his ultra-conservative running mate, Ma’ruf Amin, to reach the conservative Muslim masses. In Prabowo’s campaign, who regularly led mass prayers, fundamentalist groups prevailed. It is also no secret that Islamist groups expect certain concessions. They will continue to push Indonesia to the Islamic right, denouncing any criticism of their leaders and symbols as anti-Islamic. With the conservative MUI (Islamic Scholars’ Council) on their side, whose former head is no other than Amin, it can be concluded that conservative Islam has made great strides in this election. 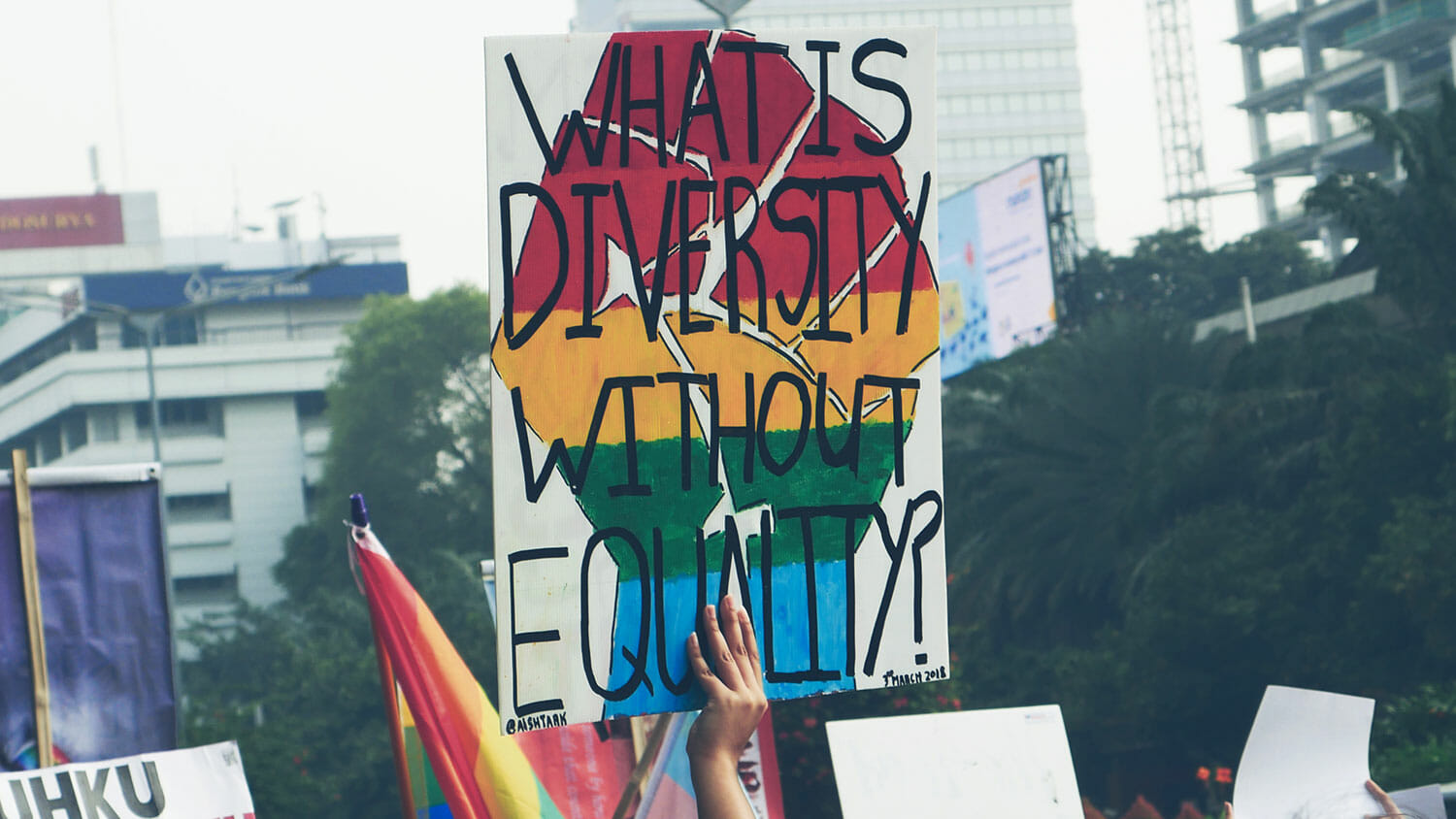 Laws that Curb Freedom of Expression, Thought, Conscience and Belief

To the detriment of human rights. Not only did Jokowi ignore the topic, as did Prabowo, but it has also become painfully clear that in a mass of more than 190 million voters, human rights activists are a negligible minority. The thousands of former followers of Jokowi who defected, and called for abstaining (the golput movement) were swallowed up in the mass support for Jokowi. It is clear that if human rights activists and social and women’s rights activists in general want to make their demands heard in the coming years, they have to resort to more effective means to build up a resilient civil society. With nothing to gain from either candidate they would be wise to put aside their many bitter internal conflicts and build common platforms around their demands: justice for the many past human rights violations and support for the victims, respect for women’s and workers’ rights as well as for those of religious and sexual minorities, peace in Papua and the repeal or at least softening of the three harsh laws that are used to stifle their movements, the blasphemy and the pornography laws as well as the draconian law on Information and Electronic Transactions. It is these laws which have been used to curb freedom of expression, as well as the freedom of thought, conscience and belief and which have denied sexual and religious minorities their rights.

What has also become clear in the lengthy campaign period is that democracy lives in Indonesia. Whoever I spoke with had something to say on the topic, and articulated the reasons why they preferred one or the other candidate. Yet the electorate is woefully undereducated. The long period of the Suharto dictatorship has wreaked havoc on the educational system, which is hierarchical, authoritarian and not suited to equip students with the kind of critical thinking that is required for a healthy democracy. Indonesia scores low on all kinds of educational indexes, which is one explanation for the success political hoaxes had in this campaign. History books repeat the lies on the 1965 massacres the Suharto regime propagated and the incumbent seems to believes them as well, which is one reason why the hoax that the President is a supporter of the Communist Party had such impact, not least on the object of this hoax himself.

Awaiting the Final Count Amidst Jockeying and Questions of Violence

While the final count is awaited, the jockeying for control over the economy is underway behind the screens. The major conglomerates have supported both sides to make sure no major threats to their comfortable position might occur. More open is the jockeying for ministerial and political posts. And in a way preparations for the next elections have already started. With both present candidates no longer available, the field is wide open for younger presidential hopefuls. Sandiaga Uno (called Sandi), Prabowo’s running mate, a dynamic wealthy businessman, has made his mark. Due to a conveniently lengthy bout of the hiccups (or perhaps dengue, some suggested) he did not attend the occasions where Prabowo declared himself the winner. Other candidates who might be eyeing the country’s top post are the present governor of Jakarta, Anies Baswedan. He profited from the hard-line campaign to oust and imprison the popular previous governor, the Chinese Christian Ahok. The son of former President Yudhoyono, Agus, mis another candidate, pushed by his father who wants to establish a dynasty. The country’s largest party is preparing Puan Maharani, a granddaughter of Sukarno, but she doesn’t have her grandfather’s charisma. In 2024, as now, the major challenge will be how to attract the Muslim masses. In the meantime secular and non-Muslim politicians will ask themselves how to stem the rising tide of Muslim fundamentalism. The immediate question on everybody’s mind is whether the final outcome of the elections will be accepted by both parties without violence.