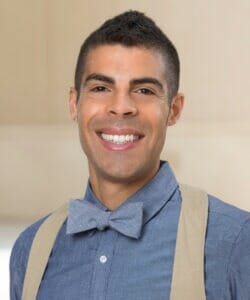 Ben Cowan has a PhD from UCLA. His interest in right-wing radicalism, morality, sexuality, and 20th-century imperialism led him to focus on Cold War Brazil, with a specialization in the cultural and gender history of the post-1964 era.

Benjamin A. Cowan is associate professor of history at the University of California, San Diego. His interest in right-wing radicalism, morality, sexuality and 20th-century imperialism has led him to focus on Cold War-era Brazil. Professor Cowan’s first award-winning book, Securing Sex: Morality and Repression in the Making of Cold War Brazil, was published in 2016. In 2021, Cowan published a second monograph, Moral Majorities across the Americas: Brazil, the United States, and the Creation of the Religious Right, also from University of North Carolina Press (UNC Press).

In his conversation with Freedom From Religion Foundation  (FFRF) Co-President Dan Barker and Communications Director Amit Pal, Cowan discusses his research on the U.S. and Brazilian Religious Rights — how they brought to power Donald Trump and Jair Bolsonaro in their respective countries, their worldviews, transnational connections and liking for right-wing dictatorships.

Drawing on his second research monograph Moral Majorities across the Americas: Brazil, the United States, and the Creation of the Religious Right & also from UNC Press, the UC Diego scholar emphasizes how Religious Right leaders in the two countries combine a reactionary social outlook with a love for free-market policies. They have sold it to their base by de-emphasizing the economic agenda, which actually is harmful to their grassroots members. These movements display an intense nostalgia for a supposedly golden past, famously exemplified by slogans such as “Make America Great Again.” The fact that Brazil is largely Catholic and much of Bolsonaro’s support base is evangelical is actually not a contradiction, Cowan reveals, since there is a shared yearning among these two religious communities for a supposedly moral past. Moral Majorities across the Americas Brazil, the United States, and the Creation of the Religious Right.

Professor Cowan delves into the ties between the evangelical movements in the United States and Brazil, especially in the 1980s. Prominent U.S. figures such as Billy Graham and Jimmy Swaggart reached out to Brazil in an attempt to enhance their global appeal and with the notion that the United States was already a lost moral and cultural cause. They also had in common with Brazilian evangelicals an affection for right-wing dictatorships, such as the junta that ruled the largest Latin American country from 1964-85 with almost constant official U.S. support. The Religious Right affinity for such authoritarian regimes was based on a profound dislike of the allegedly immoral notions spread by communism, Cowan explains.

Cowan concludes by offering examples of the outlandish agendas of the right-wing in Brazil. So, Bolsonaro invites men to Brazil to have sex, but only with women, since gay sex would be “anti-family.” And a grouping in the Brazilian Congress is known as the “Beef, Bible and Bullets” caucus due to its love for cattle rearing, guns and religion.

Listen to the orginal FFRF radio program with Benjamin A. Cowan

The interview was first aired on the Freedom From Religion Foundation radio.