The West had a very long run forcing other societies to respect its supremacy, wear its clothes and adopt its manners, not to mention its languages, values, and even its laws. Yet Asian Studies centres are no longer a monopoly of the West but are now increasingly centred, where they are funded much more richly, by their own governments.

A recent article in Times Higher Education argued that despite Asia, particularly China, India, and Southeast Asia becoming more important and of course hugely populous North American and European universities were not keeping up. Different commentators from several universities in the UK and the Netherlands pointed to the lack of resources committed to Asian Studies, the paucity of Asian Studies centres (or rather that only a few universities covered Asia), and that governments and societies in the West were arriving at important points of clarity too late when they could have better dealt with things like the Covid Pandemic had they had a better understanding of China and how it would react. Although these suggestions may seem supremely rational and even obvious, they are not new and represent the latest iteration of desperate pleas from handfuls of Asian specialists for many decades. This are the same pleas being made by myself and my colleagues ten years ago, my own professors twenty odd years ago, and by their professors ten years before that and so on – and it is said by my own students now and their own a decade from now. The argument is stuck in perpetual motion, repeating itself over and over with discourse not leading to significant change in anything, whether educational policy or devotion of resources.

The important factor is not that Asia has changed (we had pretty much the same arguments for why Asia needed to be studied when Japan “rose” in the 1980s and the India and China demographics have always been on the side of arguments for rising commercial importance since the high point of the British Empire), but that the West has not. It has been absolutely resilient in paying lip service to the “opportunities” of Asia but not changing the underlying, unvoiced, but nonetheless powerful commitment to the study of itself. Not only is the study of Asian languages not keeping up with the increasing recentring of economic and political weight in Asia, but it is also in absolute terms, in decline in Western universities. Government funding for language teaching has evaporated and the survival of language teaching depends on student demand and/or private sponsorship which makes what universities teach not only in languages but in other fields dependent more often how Western populations view themselves than necessarily on what Western societies need. Education then becomes a manifestation rather than a shaper of national culture and in a period of incipient nativistic nationalism a desire to be British or American or European is a stronger guiding light for education than being global is.

But there is also the fear factor. Most governments and political leaders in the West do not admit it, but they are terrified of the new world ahead. The West had a very long run forcing other societies to respect its supremacy, wear its clothes and adopt its manners, not to mention its languages, values, and even its laws (depicted as international law only because the West ensured they applied to everyone). This run was seemingly so complete that the West forgot what it had known in the fifteenth century, that it was a small fish in a sea of small fish but occasionally bigger fish and when Western states dealt with the world (at that time) they had to tread carefully, learn about other societies, and do things the way other states required, when they were on someone else’s turf. It would be frightening to say the least to consciously accept that the world dominated by the West is disappearing rapidly and that it will again be in a sea with bigger fish and increasingly they will have to do things someone else’s way. It is easier and more reassuring perhaps to just pretend for a little while longer that nothing has changed. 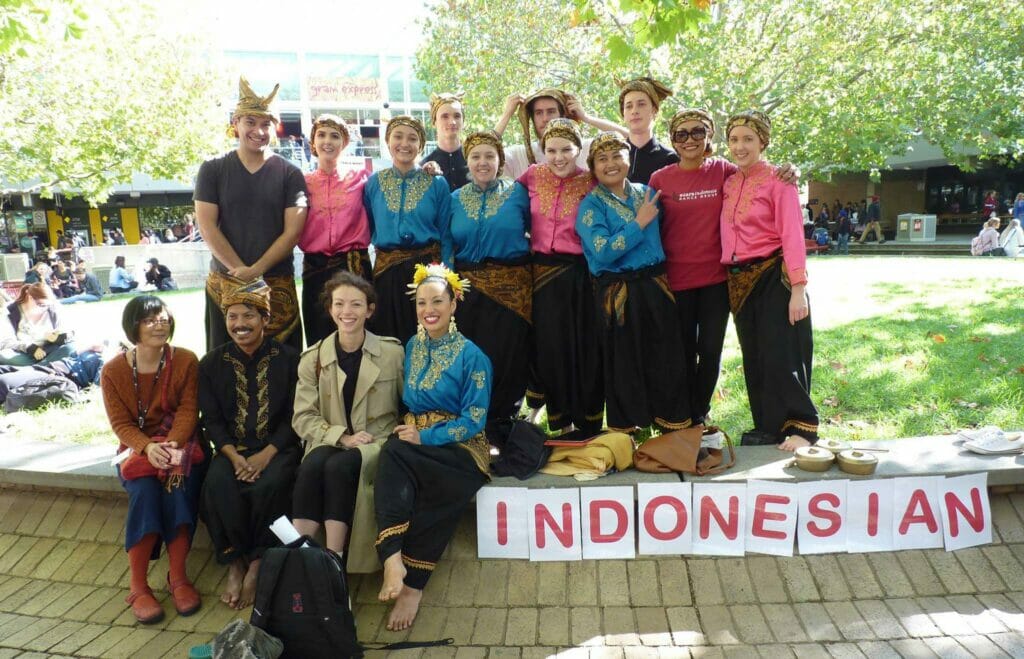 The West is the only party pretending. Asian universities have grown and spread, and Asian Studies centres are no longer a monopoly of the West but are now increasingly centred, where they are funded much more richly, by their own governments. Even many Western scholars of Asia, not finding employment in the Asia-study-job barren West, are now based in Asia as well or in that part of “the West,” the former outpost of British civilisation, Australia, which has uniquely accepted that the world has changed and that it is indeed a small fry in need of good relations with the bigger fish although even here, austerity measures at least once threatened to eradicate Asian Studies as well.

There are many arguments for more engagement of Western universities with Asian Studies. Some are the usual mercenary ones built around the themes of profit and selling higher education and the need to understand Asia to help Western state security. Another though is that although the West ignores Asia, there are clear institutional and educational biases against non-western thinking, and Western academia itself is built around a system that works against non-western scholars in publication and promotion, Western education and universities are still held in high repute in Asia and many branches of Western universities dot Asia even with the planned end of Yale-NUS in Singapore. Western universities are still in a position to leverage that reputation with partnerships that can establish a bilateral flow of knowledge and expertise to the advantage not just of the West but also Asia in cementing a foundation for a world in which the different actors better understand each other. At a time when the PRC has just tested a hypersonic missile that can potentially carry a nuclear warhead anywhere in the world at a low altitude evading early warning systems, finding better ways understand Asia – and the cheapest would be to invest in the study of Asia in their own universities — is probably the most important thing Western states can do.

Mike Charney
Michael Charney is a full professor at SOAS and FORSEA board member.