The human rights situation in Myanmar and Vietnam has worsened. The authorities continue to curb basic freedoms, particularly among political activists and journalists.

In the case of Myanmar, a journalist was jailed for two years for reporting on the COVID-19 situation. Human rights organisations like, Reporters without Borders, openly condemned the Myanmar government for sentencing a journalist for two years in prison. Zaw Ye Htet tried to shed light on the real COVID-19 toll in the eastern Karen State (now called Kayin State by the Burmese military government), which has seen a sudden return of migrant workers from neighbouring Thailand.

Zaw Ye Htet, the editor of the online news agency Dae Pyaw, was tried and sentenced with exceptional speed on 20 May, just one week after his arrest on the same day that he erroneously published an article alleging there had been a death due to the COVID-19 in eastern Karen state. The court convicted him under the vaguely-worded section 505 (b) of the penal code, which penalizes “any statement, rumour or report, with intent to cause, or which is likely to cause, fear or alarm to the public.”

According to official figures, Karen has so far had only two Covid-19 cases (and no deaths) although 16,000 migrant workers have had to return from Thailand as a result of the measures taken there to combat the pandemic. 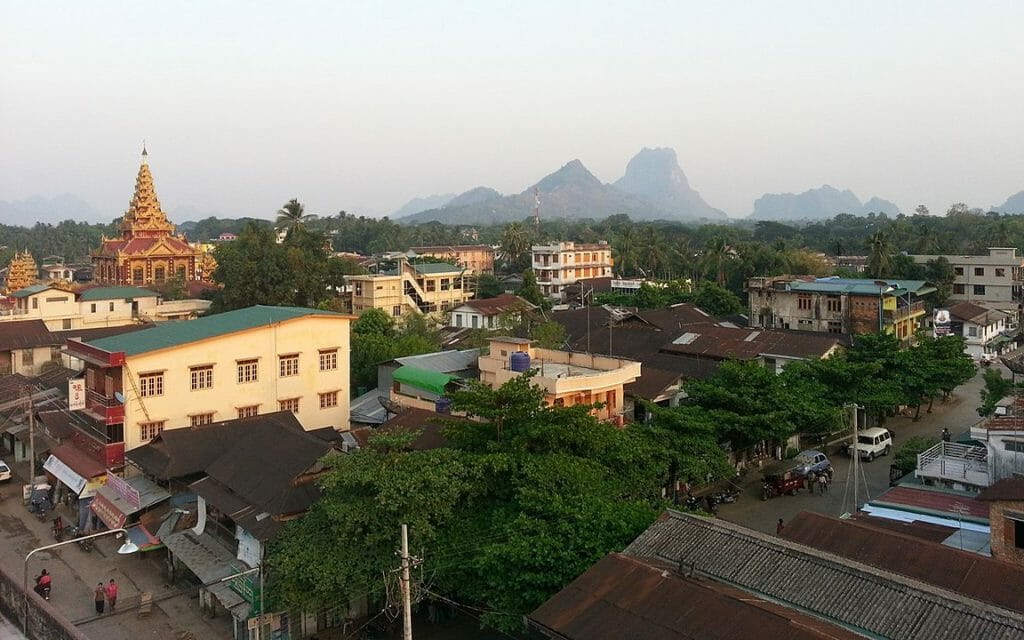 Hpa-An is the capital and largest city of Karen State.

Reporters without Borders announced, “This summarily imposed sentence was clearly designed to punish Zaw Ye Htet for trying to shed some light on the truth behind the not very credible official figures. The haste with which the court inflicted such a harsh punishment testifies to a desire to intimidate all journalists in Myanmar who try to inform their fellow-citizens about the reality of the coronavirus pandemic. We urge the judicial system to recover at least a semblance of credibility by releasing this journalist on appeal.”

On the pretext of combatting Covid-19 disinformation, the communications ministry issued orders to the country’s four mobile phone operators in the last two weeks of March to block access to a total of 221 “fake news” websites, to use the ministry’s term. Several leading media outlets are among those that are now in practice blocked, as are a number news sites aimed above all at Myanmar’s ethnic minorities, which include the population of Karen state.

Nguyen Tuong Thuy, a 68-year-old blogger and IJAVN vice-president, was arrested on 23 May in Hanoi, where he lives, and was immediately transported 1,700 km south of the capital to Ho Chi Minh City, where he continues to be held. A former Vietnamese Communist Party combatant, Thuy became a reporter for Radio Free Asia, which is funded by the US Congress. Pham Chi Thanh, a journalist and prominent IJAVN member who uses the pseudonym of Pham Thanh, was arrested when police arrived at his Hanoi home at 8 a.m. on 21 May and immediately took him away. His is currently being held in a Hanoi prison under article 117 of the criminal code, which penalizes “opposing the state of the Socialist Republic of Vietnam.”

Also aged 68 and an old Communist Party member, Thanh used to work with the state-owned Voice of Vietnam radio station before becoming a pro-democracy activist and critic of the one-party state. He edited a blog, Ba Dam Xoe, and had just published a book about the Communist party’s general secretary entitled “Nguyen Phu Trong: holder of the mandate of heaven or great immoral traitor.”

Similarly, Reporters without Borders voiced a concern, “The almost simultaneous arrests of Pham Chi Thanh and Nguyen Tuong Thuy send an extremely chilling message to all those trying to maintain a public debate in Vietnam. The fact that the government has detained these two journalists, both respected former Communist Party members who have become scathing critics of the party’s ossification, speaks volumes about the feverishness at the head of the party as it prepares for its 21st five-yearly congress in six months’ time. We urge Vietnam’s commercial partners, including the European Union and the United States, to press for an end to this latest crackdown.”

Last week’s two arrests were preceded on 8 May by the arrest of Phung Thuy, a bookseller who helped to sell books produced by the Progressive Publishing House (NXBTD), including Thanh’s books. Intelligence agents tortured him in an unsuccessful attempt to get him to reveal the current address of Pham Doan Trang, a journalist and author who was awarded RSF’s Prize for Impact in 2019. The IJAVN, which also tries to promote a public debate in Vietnam, was created in 2014. Its president, Pham Chi Dung, who was included in Reporters without Borders’ list of “information heroes” five years ago, was arrested last November.

We would like to thank Reporters Without Borders for the information collated in this article.