NextThe Russian Invasion of Ukraine Through My Burmese Eyes
EventsFeaturedMultimedia

Russia’s War Against Ukraine: A View from Bosnia and Herzegovina

The next FORSEA Dialogue on Democratic Struggles is with special guest, Demir Mahmutćehajić, Stolac-based veteran activist with DOSTA! (Enough!) movement and a co-founder of UK Islamic Human Rights Commission.

Demir Mahmutćehajic, a leading activist in the civil rights movement DOSTA! or Enough! in Bosnia and Herzegovina and a co-founder of UK’s Islamic Human Rights Commission

Demir Mahmutćehajić is from Stolac in Bosnia. After some years in the UK where he helped found the Islamic Human Rights Commission in 1997, and later became the president of the London Islamic Community of Bosnians, he returned to Bosnia. Since 2005 he has been constantly engaged in the civil rights movement in the Bosnia and Herzegovina, at one time leading the DOSTA! (Enough!) movement. He has written and spoken about genocide in Bosnia, its causes and consequences over the last 25 years. Many of these speeches, reports and articles can be found on the IHRC website. Find him on Twitter @stolac92. 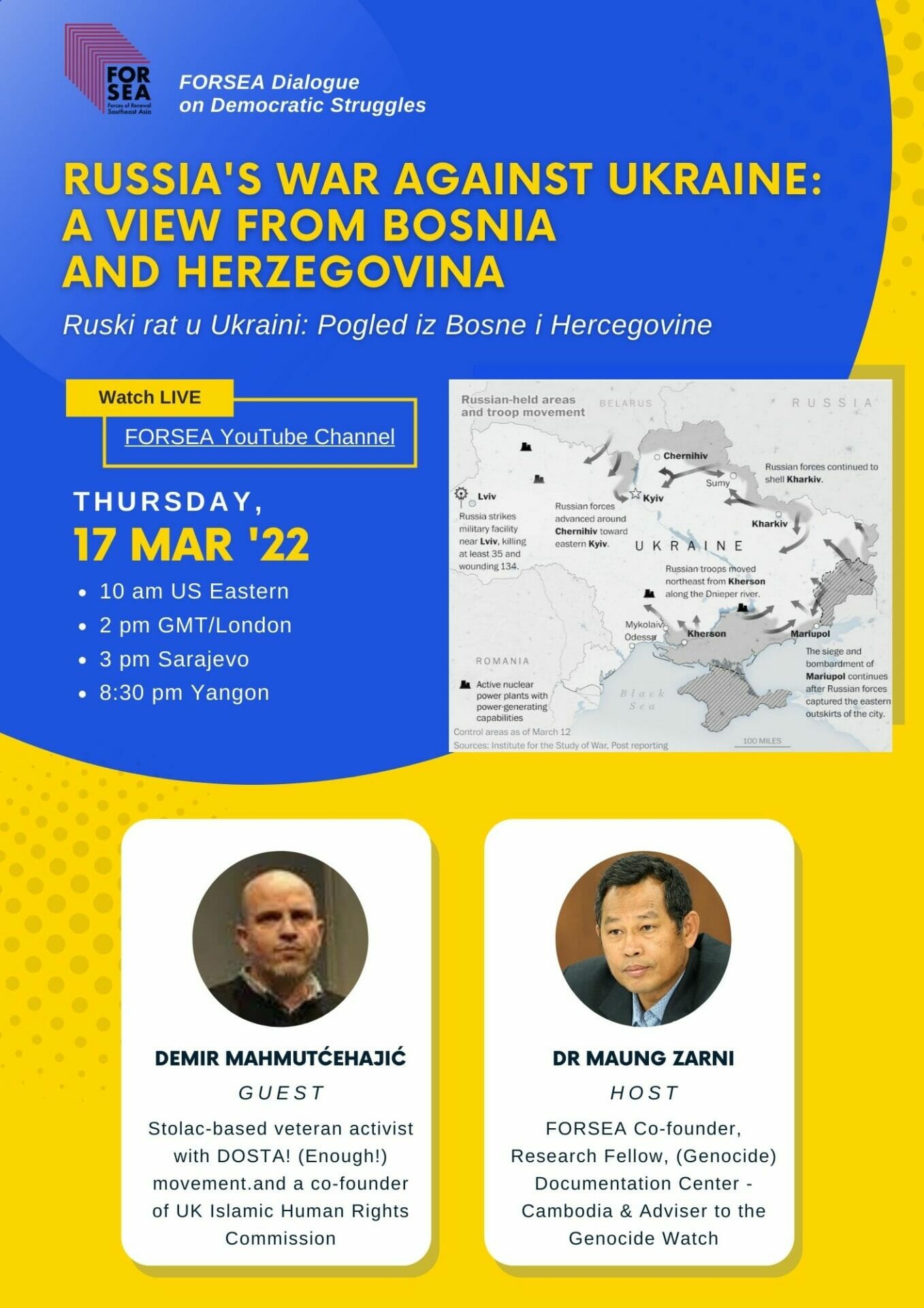