NextIn Bed with Two Genocidal Regimes in the ASEAN Region: The Case of Singapore, the “Switzerland of Southeast Asia”
EventsFeaturedMultimedia

After Mussolini: A Warning Against Future Proto-Fascisms & the Far Right’s Threat to Humanity & the Environment

Banner: Kiev, Ukraine, 2021: The Motherland Monument is a monumental statue in Kyiv. The sculpture is a part of the National Museum of the History of Ukraine in the Second World War. Photo: Blik Sergey, Shutterstock

The 21st century rise of #FarRight political parties with populist nationalist rhetoric and mandate is a deeply disturbing phenomenon.

It poses a threat to peace, common humanity and the Environment. It is reminiscent of the rise of Fascisms in Europe – specifically Italy and Germany of the inter-war years of WWI and WWII. Aided by the unprecedented advancement in information technologies, today’s anti-human populisms spread fast and furious globally. 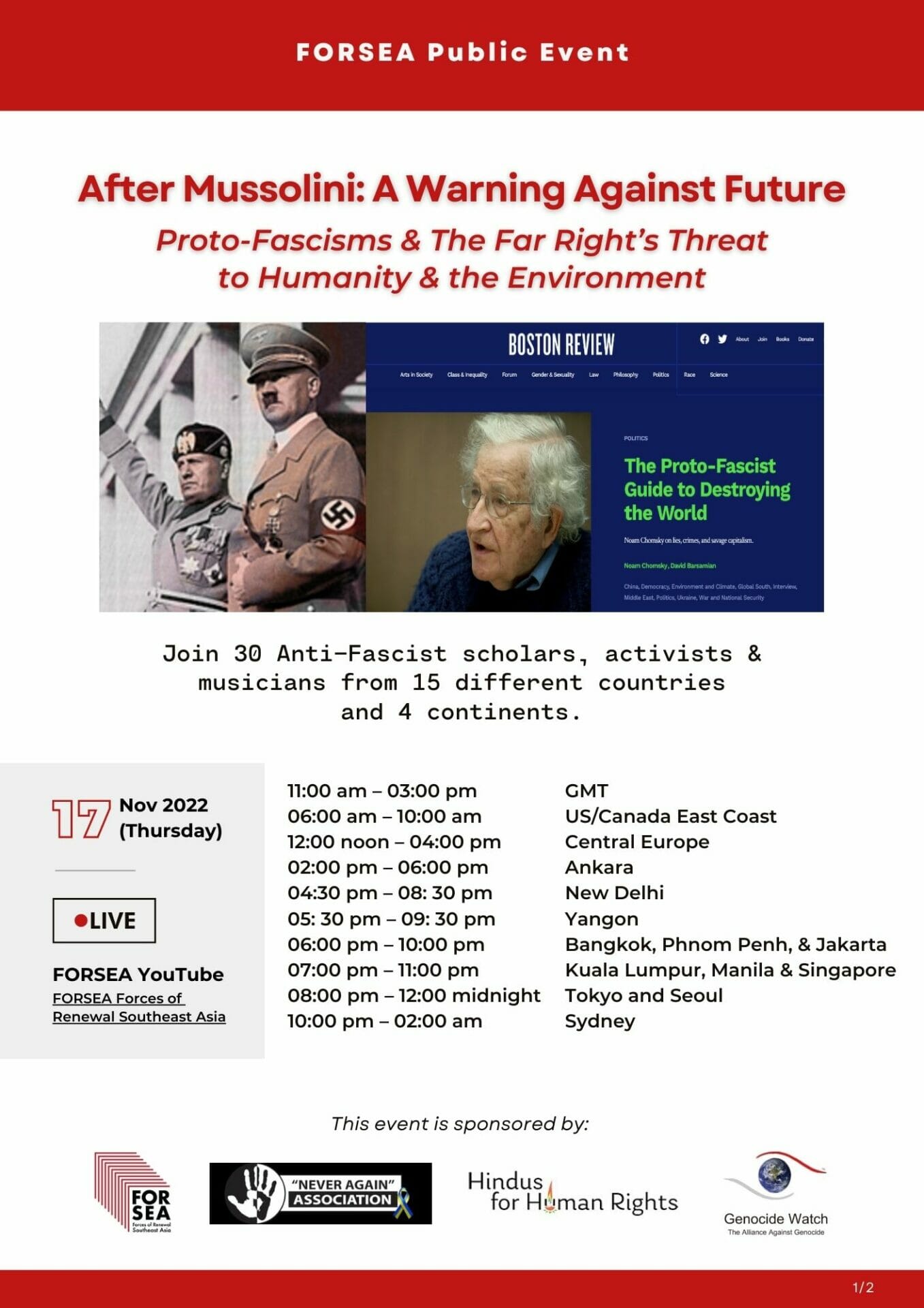 A cursory look at the Far Right state of world affairs

In Europe, this is witnessed in Orban’s Hungary, Meloni’s Italy, ultra-Catholic Poland, nationalist France of Le Pen and the Swedish Democrats’ Sweden and Brexit Britain. The United States faces a very real and perpetual anti-democratic threat of Donald Trump and his MAGA (Make America Great gain) nationalist base while Brazil remains deeply polarized by the still widely popular “strong man” Bolsonaro in spite of the exceedingly narrow electoral defeat. India’s democratic checks and balances have been eroded by the populist BJP/Hindutva government: the ruling BJP party has weaponized Hinduism in its nefarious pursuit of a Muslim-free Hindustan while, as Arunydati Roy (Lancet Lecture, UCL, 2014) put it, Modi’s trader caste – 2% of the total population of 1.3 billion – controls the national economy, now the 5th largest in the world. There are also smaller Asian regimes, such as Sri Lanka, the Philippines and Myanmar which capture global news headlines with their mass-murderous, racist and bigoted policies, class and civil wars.

The phenomenon of emergent new Fascisms – or proto-Fascisms, as Noam Chomsky (Boston Review, October 2022) dubs them – is precipitated typically by the economic and psychological climate/conditions, brought about by the savage or “turbo” Capitalist policies adopted by liberal democratic and formerly socialist states over the last almost half-century. 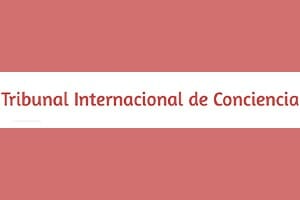 Among the hallmarks of this common legacy of “neo-liberal states and policies” are: 1) the dismantling of the welfare state through “austerity” or IMF’s “shock therapy”; 2) repurposing the state or public institutions to serve the needs of “the Free Market,” while removing any moral and institutional constraints from the Market; 3) the siphoning of wealth upward through Reagan-Thatcher “trickle-down economics”, which was in turn made respectable by the Swedish Academy of Sciences and its Bank of Sweden Memorial Prize (or Nobel Prize in Economics); 4) depriving the citizenry of financial and institutional resources essential for communal welfare and advancement; and 5) elevating the unfettered Market as the best policy tool or mechanism ever invented for distributing public goods.

Invariably, today’s resurgence of “proto-Fascism(s)” – euphemised as “Far Right” – can only be explained by a combination of the following developments which resulted from the decades-old above-mentioned purposive policy actions. These developments are the shrunken Middle Classes in wealthy western economies, systemically pauperised labouring classes (via massive layoffs, off-shoring of manufacturing sector jobs to the newly emerging, cheap labour markets in the former Second and Third Worlds), and the formation of a tiny but extremely powerful class of billionaires (in American), or oligarchs (in Russian), which wield enormous influence over national and international policies.

Globally, the new developments include the intensification of global contests for control over the commoditized or privatized land, resources, and the Environment, as well as populations (that is, cheap labour and lucrative markets) and the growing, resultant ecological crisis. In advanced economies of the West or the so-called Global South the popular adoption of xenophobic anti-immigration and anti-refugee policy regimes in so-called Global South (N. America, Australia and Europe) is now a new normal where in national leaders and politicians openly resort to demonization of foreigners, refugees and immigrants as “rapists, thieves and murderers” (Trump) or “invaders” (Suella Braverman).

The ruling elites sinisterly redirect rampant anxieties, frustrations and rage of majoritarian electorates over their economic insecurities towards racial and religious minorities as well as foreigners, convenient and vulnerable scapegoats for national policy failures.

Last but not least, there are also Xi’s China, Putin’s Russia, Singapore, Israel, the Balkans and the Gulf States where repressive ideologies and morally repugnant regimes appear to thrive on.

Indeed, the outlook for the collective future of humans looks rather bleak. Still, there must be a Gramscian politics of hope, grounded in the pessimism of the intellect, but optimism of conscience.

After Mussolini: A Warning Against Future Proto-Fascisms and the Far Right’s Threat to Humanity & the Environment 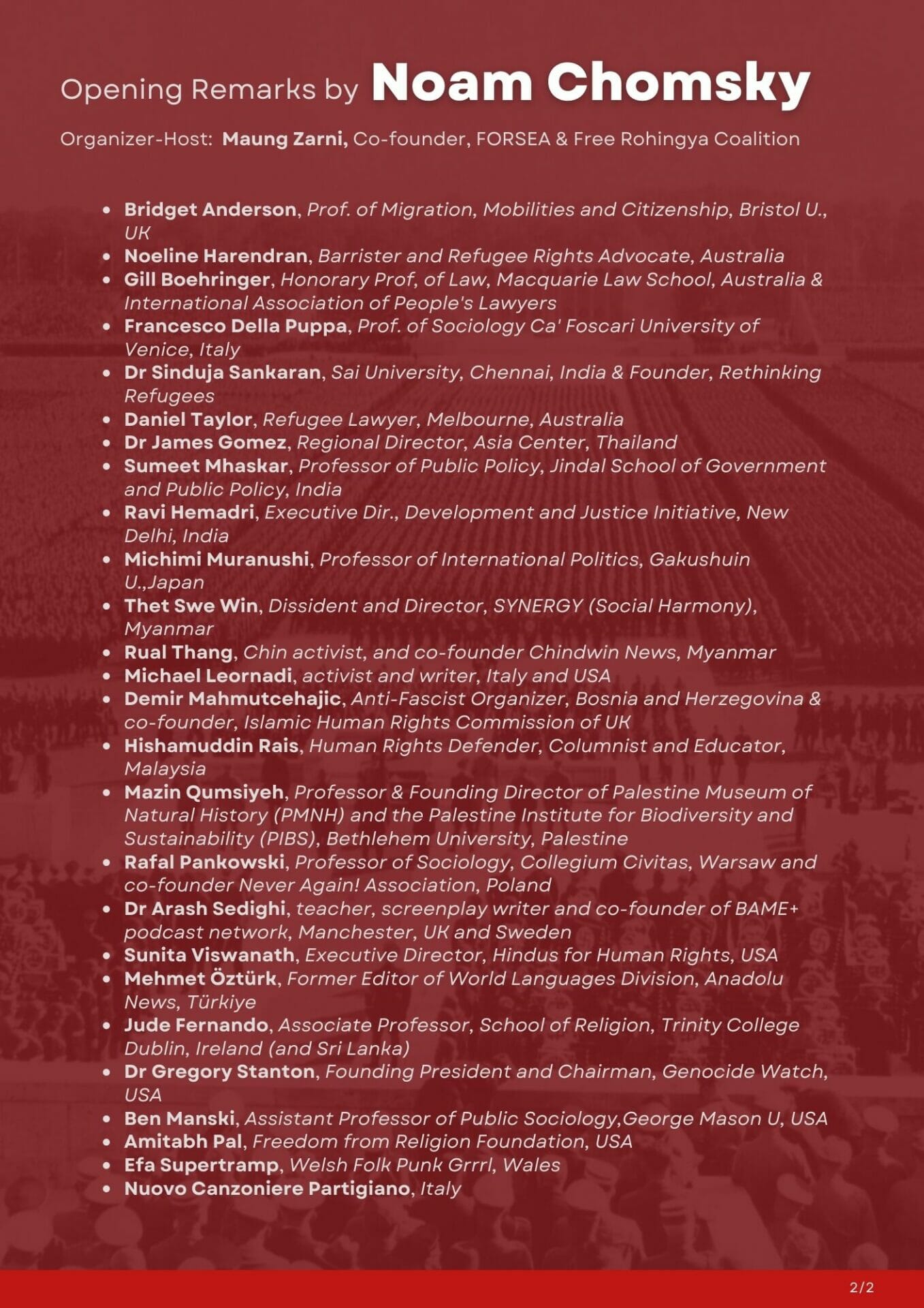