War is Not the Answer to Conflicts: Not in Ukraine Nor Elsewhere

In the FORSEA interview conducted in Kuala Lumpur on Friday 8 July, 2022, Dr Mahathir pointed out that Western powers invent “enemies”, holding up the Cold War as a concrete example.

Dr Mahathir Mahamad (97), two-times Prime Minister of Malaysia (1981-2003 and 2018-20) and the oldest statesman of Asia, adds his call for peace in Ukraine in his interview with FORSEA cofounder and Burmese dissident Maung Zarni. 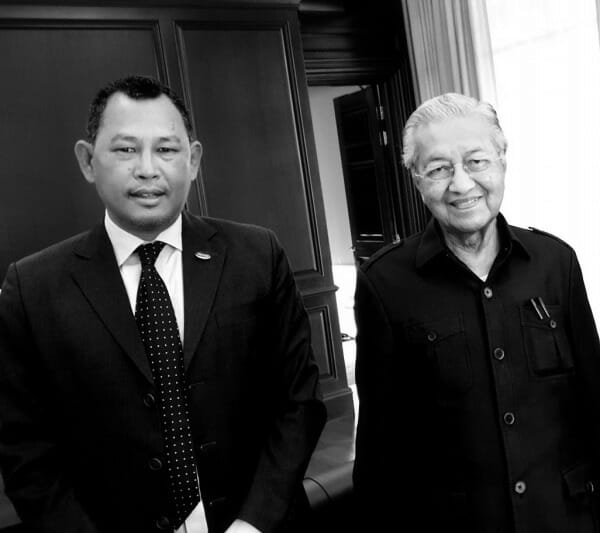 Dr Mahathir has joined a growing chorus of calls by other iconic figures such as Noam Chomsky and Henry Kissinger – for a peaceful resolution to the Russo-Ukraine war while the US-led NATO are stepping up their support for Ukraine’s attempts to repel the Russian onslaught.

In May this year, the veteran Malaysian leader had made a similar call for peace at the Future of Asia Conference in Tokyo.

In the FORSEA interview conducted in Kuala Lumpur on Friday (8 July), Dr Mahathir pointed out that Western powers invent “enemies”, holding up the Cold War as a concrete example.

In his words, “during the Second World War, European countries were working with the Russians.  But the moment they defeated the Germans, they (the West) practically declared that (Soviet) Russia was our new enemy.  And everything is run against Russia. And  Russia of course responded in the same way.”

“There will also be conflicts between nations.  But war is not the answer to conflicts. Unfortunately, we find that European countries (the West) somehow or other need an enemy. They need an enemy all the time,” said the former Malaysian prime minister.

Addressing the need for internal peace within nation-states, Mahathir stressed the racially and religiously diverse nature of “almost all societies” and advocated for inclusive, tolerant societies. Malaysia is no stranger to intercommunal violence. In the late 1960’s Malaysia was rocked by race riots between three different racial communities, namely Malays, Chinese and Indians.

Below: During his second term (2018-20) as the prime minister, Dr Mahathir delivered the inaugural address at the launch of FORSEA as a regionwide network of activists and scholars concerned about democratization and human rights in the region.