At the Soft Launch of Democracy Fest on February 8, 2019, 11 doves were released to symbolise the 11 countries that make up Southeast Asia.

To lift the curtain on the week-long “democracy-in-action” art exhibition, which includes activist teach-ins, and evening rock concerts, all free of charge, 11 doves were released to symbolise the 11 countries that make up Southeast Asia.

The Soft Launch of Democracy Fest, part of the official launch of FORSEA, took place at The Stage, Publika, in Malaysia’s capital Kuala Lumpur. The event was presided over by YAB Dato Menteri Besar Selangor, Tuan Amirudin Shari, FORSEA Board Director, Hishamuddin Rais, and curator of the exhibition, Intan Rafiza Abu Bakar. 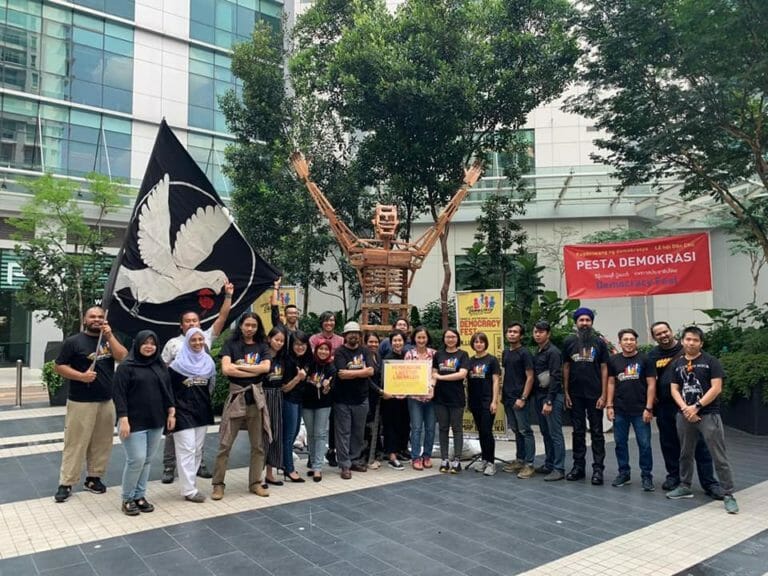 FORSEA is a unique network of activists, scholars and entrepreneurs made up of Southeast Asian democrats, feminists, labour and civil rights campaigners, artists, multiculturalists and environmentalists.  It is committed to fostering a solidarity, brotherhood and sisterhood and collaboration among communities of democratic values. Its work transcends national boundaries, ethnic and religious identities, or regions.

Reveal of Specially Commissioned Art Installation: ‘Winning Back Our Democracy’

Yeoh Lian Heng, is the artist specially commissioned to create the site-specific art installation for Democracy Fest. The creation of the installation took place on site over a number of days. Yeoh is the founder of Lostgens art collective and their work focuses on the exploration of art’s role in society as well as building meaningful relationships with local communities. 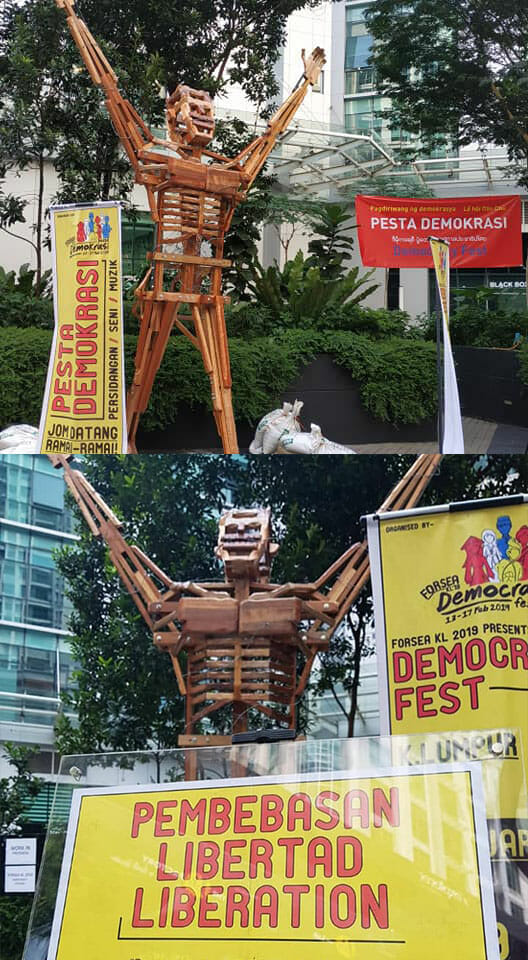 Statement:
Democracy doesn’t emerge automatically.
It’s something that we must fight for,
all generations – past, present and future. 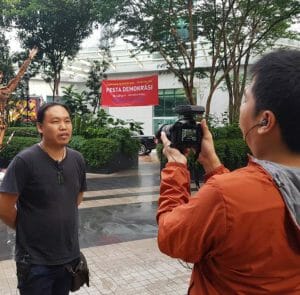 Yeoh Lian Heng being interviewed at the festival site.

Read a report and see photos from the day’s event in the Malaysia Gazette
See more photo’s and read about the artists on the FORSEA KL2019 Facebook page.

On 16 and 17 February, 400 Southeast Asian activists from 8 countries, spanning three generations, will convene in Kuala Lumpur for a two-day conference, and a democracy festival which includes activist teach-ins, evening rock concerts, all part of a week-long “democracy-in-action” art exhibit open to the public, free of charge. 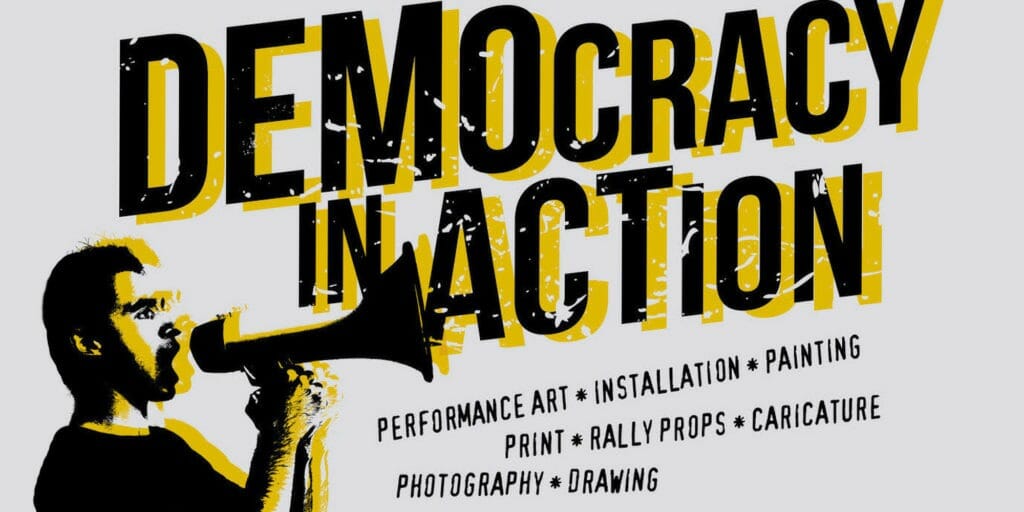 Celebrating Democracy in Malaysia, Renewing Communities across Southeast Asia and Promoting Human Rights for All 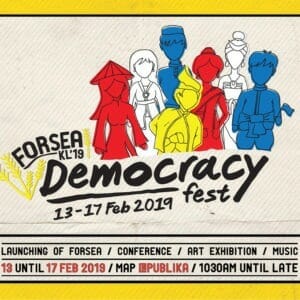 The conference on 16 and 17 February launches a brand-new network of Southeast Asian democrats known as FORSEA. It will be webcast LIVE with an impressive array of speakers. FORSEA is committed to building a solidarity movement across national boundaries, ethnic identities and faiths. It will promote democratic ethos, universal human rights and ecological consciousness.

The two-day proceedings of the conference including the evening concerts will be webcast live at www.forsea.co and on Facebook.

The RSVP to the opening event and 2-days conference has been closed. Thank you to all who have registered via the Google form!

The Democracy in Action art exhibition (13-17 February) and Seiring Sejalan music performances (16-17 February) are open to the public and no registration is needed. See the program: https://forsea.co/latest-the-official-launch-of-forsea/

For the latest news on participating artists, and updates from the venue, join Forsea KL 2019 on social media.